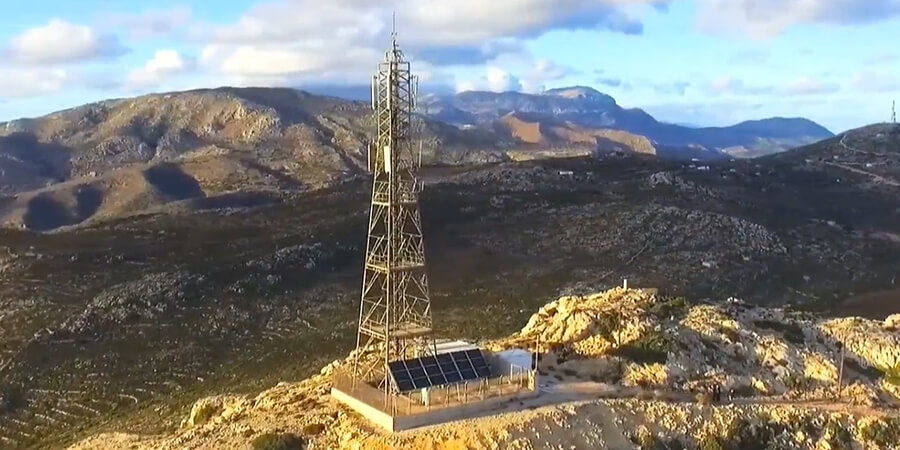 Carbon emissions from some digital companies assessed by the International Telecommunication Union (ITU) were reported to have increased to 239 million tons in 2020, or equivalent to 0.75% of the emissions worldwide.

According to the study, the digital sector is among the largest consumers of electricity, taking up 425 terawatt-hours, or 1.6% of the global total. And 60% of operational emissions are from telecom operators.

According to GSMA’s study entitled, A Blueprint for Green Networks, “Operators that delay their necessary full-scale energy-efficiency transformation or fail to embed energy efficiency as part of their network transformation will endanger their long-term competitiveness.”

The study suggests that energy still makes up an average of 20–40% of telecom opex, and the transition to renewables and energy efficiency gains are expected to lower these numbers. However, given the massive investments in the 5G network upgrade cycle, it challenges the telecom operators’ free cash flow.

Meanwhile, Huawei, in its research entitled Guide to the Future, indicates that telecom service providers would need to move ahead with the necessary solutions to ensure successful and sustainable digital transformation.

It recommends that operators put emphasis on the basics, including building and maintaining a high-quality network when it comes to coverage, capacity, and cost efficiency.

And today, telecom operators across the globe have started to implement a wide range of solutions to enhance their energy efficiency efforts and continue to delve into a vision of what an intelligent design for green networks can look like.

China, which has the largest 5G network in the world and is also where one of the world’s biggest data center industries can be found, is expected to increase its carbon footprint from the country’s digital infrastructure. By 2035, carbon emissions in the country are estimated to increase by more than 150%, to approximately 310 million tons.

The power consumption of a single site of 5G equipment in the industry is estimated to be around 5,000 W, which is considerably higher than the power used at 2G, 3G and 4G sites.

The Ministry of Industry and Information Technology issued the "Action Plan for Green and Low-Carbon Development of the Information and Communication Industry (2022–2025)." It requires fostering the use and promotion of power-saving technological solutions for base station main equipment and supporting facilities to boost the energy efficiency of 5G base stations by over 20%.

One of the largest technological solution providers, Huawei continues to introduce and develop innovative capabilities that can help operators cut their network energy consumption without negatively impacting performance.

An executive from the company said in a statement that, “5G, Artificial Intelligence, data analytics, cloud computing — all these things will improve industrial processes in a way that cuts energy use and lowers carbon emissions.”

He likened how ICT enables a smart streetlight to automatically power off when no one is around to a 5G wireless base station that can shut itself down when there is no data traffic.

Among its many energy-saving solutions, the company has introduced a green 5G antenna that covers an area of up to 500 meters using half the transmission power, reducing energy consumption by 30%     .

Huawei has also enabled its industry partners to lower their energy consumption through its energy solutions products and services.

Among them is the use of its iTelecomPower power-site energy solution.

As major telecom firms in the country have also been actively seeking innovative ways to achieve their decarbonization targets, China Telecom has also benefited from using the iTelecomPower site energy solution to build a simplified, energy-efficient site. This technology has an integrated fan-free design, high-power natural heat dissipation, and unmanned maintenance. It has helped the company improve energy efficiency to more than 97%.

This solution can help save 6,000 kWh of electricity and cut carbon emissions by 4 metric tons per site annually.

By the end of 2021, the company’s base station smart energy-saving system had been deployed in 31 provinces nationwide, overseeing more than 1.3 million 5G sectors, boosting 5G energy-saving efficiency by 15% and eliminating carbon emissions by over 500,000 metric tons per year.

Another major player in the Chinese telecom industry, China Mobile Communications, has also been actively seeking measures to trim its energy consumption.

In its Sustainability Report 2021, the company stressed that energy-saving measures saved them more than 4.3 TWh of electricity in total.

According to the report, the company is aiming to slash energy consumption intensity and carbon emission intensity by no less than 20% by the end of the 14th FYP period.

Moreover, China Mobile has endorsed green procurement, through which more than 80% of its newly procured major equipment in 2021 used green packaging. This initiative enabled the company to save 262,000 cubic meters of timber resources.

It also initiated digital-intelligent services, including the smart green factory and a set of environmental management solutions. These are among its efforts to boost energy conservation, consumption reduction and resource recycling in a broader society.

In June, it partnered with Huawei on the 5G Wireless Network Energy Efficiency Evaluation White Paper 1.0.

In Japan, SoftBank vows to reinforce its decarbonization initiatives and contribute to the realization of a net zero society.

In August 2022, the company announced a pledge to reduce its greenhouse gas (GHG) emissions produced by its entire value chain to virtually zero by 2050.

Softbank said that in 2022, more than 70% of the electricity used at the company’s base stations will be switched over in stages to substantially renewable energy sources.

The company also said that it aims to eliminate the environmental load through the development of next-generation batteries. The “SoftBank Next-Generation Battery Lab” was built in June 2021, and in October of the same year, in partnership with US-based Empower Greentech Inc., the      company said they had successfully demonstrated a lightweight, high-capacity, high mass-energy      density lithium metal battery with more than double the mass-energy density of conventional batteries.

Moreover, its subsidiary HAPSMobile Inc. also built the "HAPS (High Altitude Platform Station)" system, which delivers a communications network from the sky, and developed an unmanned aircraft called the "Sunglider."

This is part of SoftBank’s plans to build an infrastructure with a low environmental impact by delivering stable flight and communication services through the advancement of solar power generation and storage solutions.

Another big name in the Japanese telecom industry, NTT DOCOMO, also continues to pursue its energy-efficiency targets. In September, it announced its collaboration with NEC Corporation on the AWS Graviton2 processors across key elements of the 5G core network (5GC).

The company said that these outcomes strengthen the future realization of a hybrid cloud environment for telecommunication networks, which allows mobile operators to deliver optimized disaster-resilient networks to customers.

South Korea’s SK Telecom has also come up with its own energy-saving initiatives to reduce GHG emissions and save resources.

SK Telecom's carbon emission volume was at 1.05 million tons in 2021, showing an annual increase of 1.1%. Its rival KT meanwhile reported a 10% increase in GHG emissions, to 1.34 million tons, while LG U+ had 1.40 million tons of emissions, up 8.2% from the same period of the previous year.

SK Telecom announced in September that it will quicken the development and deployment of carbon reduction solutions to eliminate an additional 70,000 tons of GHG emissions by 2030.

One of the measures the company takes to realize its net zero goals is through integrated operation of network equipment (via Single RAN), development/deployment of high-efficiency network equipment, and the intelligent control of office heating and cooling systems.

SK Telecom also became the first Korean company to expand the use of new and renewable energy, while running its infrastructure equipment on low power and increasing the number of solar photovoltaic base stations.

The South Korean telco giant also deployed a single radio access network (RAN) system, which slashed electricity consumption by supporting both 3G and 4G connections with a single type of RAN, in its base stations starting in 2019. About 30,000 tons of carbon emissions are estimated to be reduced annually, according to SK Telecom.

Meanwhile, in Singapore, Singtel has teamed up with Ericsson to deploy the city-state’s most energy-efficient radio cell. The move is part of the company's ongoing sustainability and decarbonization efforts towards achieving its net-zero targets by 2050.

According to Singtel, the AIR 3268 radio is seen to save up to 18% more energy and weighs just about 12kg, which is 40% lighter than the earlier generations of 5G radios.

It also makes a 5G site weigh 76% less than a 4G site that normally requires multiple radios while delivering the same network capacity. This also further cuts Singtel’s overall 5G network energy consumption, which is already as much as 58% lower than 4G today.

One of the major telecom providers in the country, dtac, has set ambitious goals to cut its greenhouse gas emissions to 50% by 2030.

Its rival, AIS, has also advanced its energy conservation efforts, through which it has cut its energy consumption and GHG emissions by 27,543 tCO2e.

The company also reported advancing its alternative energy use in 2021, whereby another 2,748 solar panels were installed. The number of its base stations, data centers and switching centers driven by renewable energy added up to 5,561, with a decline of 8,139 tCO2e in GHG emissions.

Furthermore, AIS implemented its smart solution development to optimize its energy-saving solutions. One such example is its AIS Cloud Data Center, which was designed to be highly energy efficient, and 5G and IoT Solutions to boost work efficiency.

Philippine telco giants are also stepping up their sustainability efforts as part of their aim to reach carbon neutrality by the year 2050.

Globe has deployed sodium nickel batteries for its core network sites, which accommodate high-performance communication platforms and facilities, to minimize the need for frequent replacements.

As of now, over 50% of its core network sites are fully or partially using sodium nickel batteries, and the rest are expected to follow suit.