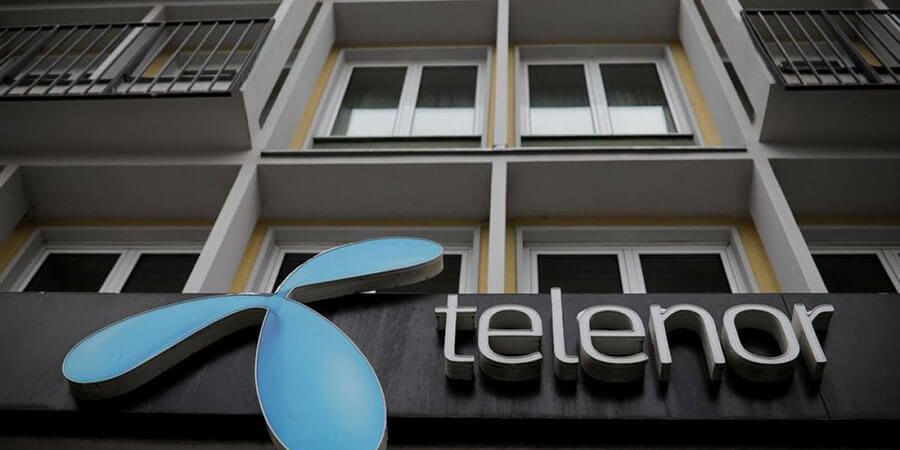 In Norway, growth in mobile revenues continued with further ARPU improvement, and we were able to offset copper revenue decline with growth in fibre and fixed wireless access. One of our top priorities this year has been to return to growth in Thailand and Myanmar, and it is therefore reassuring to end the year with good performance in both markets. The positive developments in these markets were partly offset by price pressure in Sweden and a still challenging situation in Pakistan. In Bangladesh, we were able to serve our customers with innovative and high quality services despite 2019 being a year with an increasingly demanding business environment.

During the year our customer base increased by 12 million, resulting in a total base of 186 million. Throughout 2019, we have continued our strategic journey set out at the Capital Markets Day in 2017 with clear ambitions. Delivering on these ambitions over several years has given us the flexibility to further develop our portfolio, resulting in the acquisition of DNA in Finland in 2019. In accordance with our dividend policy, we will propose an ordinary dividend of NOK 8.70 per share for 2019.

Entering 2020, we will continue to focus on growth, efficiency and simplification, expecting organic subscription and traffic revenue growth of zero to two percent and organic EBITDA growth of two to four percent, supported by continued modernisation efforts. The capex to sales ratio, excluding licences and spectrum, is expected to be around 15 percent,” says Sigve Brekke, President and CEO of Telenor Group.

In the fourth quarter, subscription and traffic revenues increased by 2 percent on an organic basis. Organic subscription and traffic revenue growth for the full year 2019 was slightly positive and marginally higher than last year. Including the Finnish operation DNA, which was acquired in 2019, total reported revenues increased by 18 percent to NOK 31.8 billion.

EBITDA grew by 5 percent or NOK 0.5 billion on an organic basis in the quarter, as a result of revenue growth and opex reductions. Reported EBITDA before other items was NOK 11.9 billion. For the full year, EBITDA fell by 3 percent on an organic basis, as cost reductions were offset by the decline in gross profit. The EBITDA margin for 2019 came in at 40 percent.

Capex excluding licences and spectrum, not taking into account DNA, was NOK 4.9 billion in the quarter and NOK 16.6 billion for the full year.

In Bangladesh, uncertainty remains with regard to the BTRC Audit and the total amount of potential claims resulting from the dispute. See note 6 for further details.

Based on the performance during the year, the Board of Directors proposes an ordinary dividend of NOK 8.70 per share for 2019, to be declared by the Annual General Meeting (AGM) on 11 May 2020. The proposed dividend shall be split into two tranches of NOK 4.40 and NOK 4.30 per share, to be paid in May and October 2020 respectively, and represents a 4 percent increase per share compared to 2018.

For 2020, we expect organic subscription and traffic revenue growth of zero to two percent and organic EBITDA growth of two to four percent. The capex to sales ratio, excluding licences and spectrum, is expected to be around 15 percent.