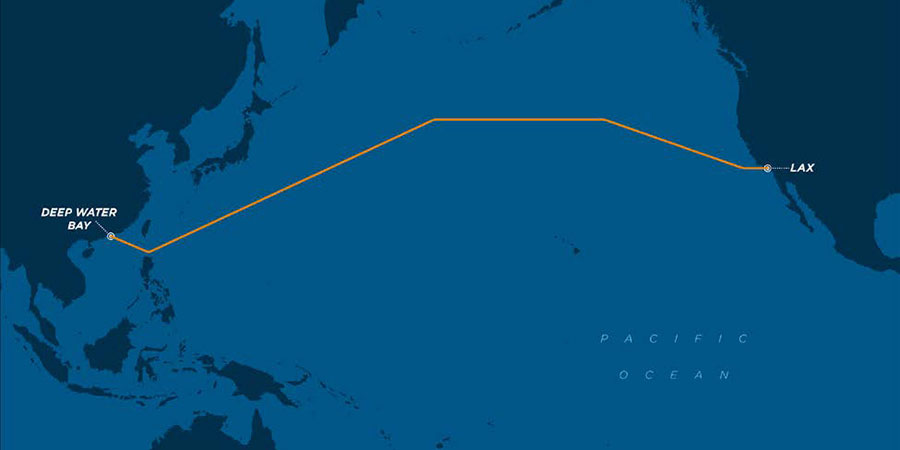 The Pacific Light Cable Network spans 8,000 miles, and 6,800 miles of cable has already been laid. Facebook and Google partnered in 2016 to provide US financing, with the latter tasked with building the LA landing site.

The hope for the system was to provide greater bandwidth to markets where internet usage is growing, including mainland China, the Philippines, Malaysia, and Indonesia. It could be operational by December or January if things proceed according to plan.

The new report cites a $300 million project cost that would be lost if the Justice Department does not grant a license and Google’s undersea cable is blocked. The FCC is officially responsible for approval, but the agency often defers to the DOJ review panel. Google says it’s working with the US on “satisfying their requirements specifically for the PLCN cable.”

US officials are seeking to block the undersea internet cable linking the US to China over national-security concerns, The Wall Street Journal reported on Wednesday, citing people involved in the discussions. The cable is being developed by both Google and Facebook.

The multiagency panel led by the Department of Justice, known as Team Telecom, is objecting to the massive cable project, which hopes to provide faster internet to both the US and China, The Journal said.

A spokesman for the DOJ declined to comment but noted, “DOJ does not comment on its ongoing assessment of applications that the FCC has referred for national security and law enforcement concerns arising out of foreign investment or control."

"DOJ's reviews and subsequent recommendations to the FCC on behalf of Team Telecom are tailored to address the national security and law enforcement risks that are unique to each applicant or license holder," he said. The project is being backed by Google, Facebook, and a private Chinese telecommunications company called Dr. Peng Telecom & Media Group Co., The Journal reported. Dr. Peng is the fourth-largest telecom company in China.

Among Team Telecom's concerns are Dr. Peng's ties to the Chinese government and the ongoing protests in Hong Kong against Beijing's increasing efforts to integrate the semiautonomous hub with the mainland.

Many private Chinese companies keep close ties to the ruling Communist Party to maintain a favorable business environment. Construction work on the 8,000-mile Pacific Light Cable Network linking Los Angeles to Hong Kong is already mostly complete, with a temporary permit for its construction expiring in September, The Journal reported.

Now the cable may be prevented from operating because of Team Telecom's reported objections, which highlight the heightened fears among Americans over national-security threats from China.

Linking the US mainland to Hong Kong could also give US companies greater access to other growing markets in Asia, such as the Philippines and Malaysia.

Team Telecom has approved cable projects in the past — including those involving state-owned Chinese telecom companies — if the companies in charge can show they have taken enough steps to stop foreign governments from blocking or tapping traffic through the cables.

A Google spokeswoman noted that the company has "been working through established channels for many years in order to obtain U.S. cable landing licenses for various undersea cables," and that it is "currently engaged in active and productive conversations" with the US government to satisfy its requirements for the Pacific Light cable.

One point that all need to remember is that there are other submarine cables that connect to the USA from China.