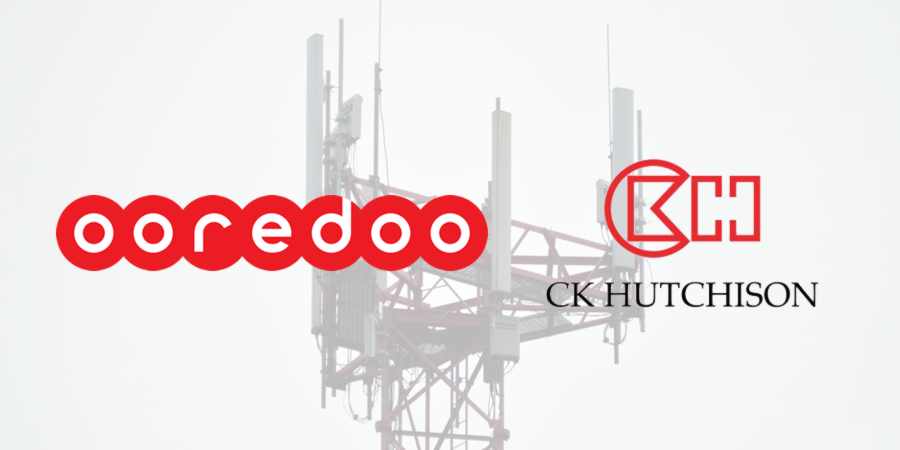 The merger of Indosat Ooredoo and H3I will bring together two highly complementary businesses to create a larger, commercially stronger and more competitive world-class digital telecoms and internet company, well placed to deliver more value for all shareholders, customers and for Indonesia.

Indosat Ooredoo Hutchison will be well positioned to accelerate Indonesia’s economic growth and transformation into a digital society. It will be the second largest mobile telecoms company in the country, with an estimated annual revenue of approximately US$3 billion.

The combined company will have the scale, financial strength, and expertise to compete more effectively. Combining the highly complementary assets and products of Indosat Ooredoo and H3I will drive innovation and network improvements that will enable the delivery of outstanding digital services, as well as a broader product offering, to customers across Indonesia.

Indosat Ooredoo and H3I own highly complementary infrastructure and the combination of these assets will also enable the merged company to benefit from cost and CAPEX synergies and provide accretive returns to all stakeholders. Annual run rate pre-tax synergies of approximately US$300-400mm are expected to be realized over 3-5 years.

In addition, Indosat Ooredoo Hutchison will be able to leverage the experience and expertise of Ooredoo Group and CK Hutchison in networks, technologies, products and services, and benefit from their multinational operations spanning major markets in Europe, the Middle East, North Africa, and Asia Pacific. The merged company will also benefit from their combined strength and economies of scale in functions such as procurement.

Following the merger, the Indonesian mobile market is expected to retain a healthy level of competition, attractive to long-term investment across the industry.

Concurrent with the merger, CK Hutchison will acquire a 50% shareholding in Ooredoo Asia by exchanging its 21.8% shareholdings in Indosat Ooredoo Hutchison for a 33.3% stake in Ooredoo Asia, and will acquire an additional 16.7% stake from Ooredoo Group for a cash consideration of US$387 million. Following the above transactions, the parties will each own 50.0% of Ooredoo Asia, to be renamed Ooredoo Hutchison Asia, which will retain a controlling 65.6% ownership stake in the merged company.

Upon closing of the transactions, Indosat Ooredoo Hutchison will be jointly controlled by Ooredoo Group and CK Hutchison. It will remain listed on the Indonesian Stock Exchange, with the Government of Indonesia retaining a 9.6% shareholding, PT Tiga Telekomunikasi Indonesia holding a 10.8% shareholding, and other public shareholders holding approximately 14.0%.

The parties are committed to prioritizing employee welfare during the integration process in adherence with applicable laws and aligned with future business growth opportunities. The combined company is expected to create exciting growth opportunities for employees, as part of a larger, financially stronger, more competitive and innovative technology company.

Aziz Aluthman Fakhroo, Managing Director of Ooredoo Group, said: “This agreement is a significant step towards our shared vision of creating outstanding value for our customers and shareholders by bringing together two of Indonesia’s leading telecoms brands to create a stronger number two player in Indonesia, backed by two highly committed partners in Ooredoo Group and CK Hutchison. With this agreement in place, we can now turn our attention to closing the transaction and then working closely with CK Hutchison to leverage the combined expertise of our respective global telecoms groups to build a world-class digital telco for Indonesia.

This merged company will deliver significant value and benefits for all stakeholders including Indosat Ooredoo and Ooredoo Group shareholders, for customers, employees and Indonesia. Through economies of scale and the realization of synergies between these highly complementary businesses, the merged company will be well placed to deliver a higher return on investment for all shareholders and build on the outstanding growth momentum already achieved by Indosat Ooredoo. Importantly, the merger will create a company with the strength and scale to accelerate Indonesia’s digital transformation and improve network performance and customer experience across the country.

Canning Fok, Group Co-Managing Director of CK Hutchison Holdings Limited, said: “This is a great opportunity to create a stronger and more innovative telco player in Indonesia and will be an accretive transaction for shareholders and other stakeholders alike. Indosat Ooredoo Hutchison will have a critical mass that will enable it to drive network expansion and improvements that will support the Government’s digital agenda and benefit customers and Indonesia as a whole.”

“With greater scale, expanded spectrum, and a more efficient cost structure, Indosat Ooredoo Hutchison will also be better positioned to extend the rollout of its network and enhance service quality and speed. CK Hutchison invests in and operates telecom businesses in 12 markets around the world, many of which have successfully rolled out 5G networks, and we look forward to expanding innovative 5G services in Indonesia when the time is right.”

H.E. Sheikh Faisal Bin Thani Al Thani, Chairman of the Board of Directors at Ooredoo Group, concluded: “This merger is a landmark deal for Asia and for Ooredoo Group. It furthers our strategy to drive more value from our portfolio and accelerate digitalization across our global footprint. I look forward to a long and successful partnership with CK Hutchison and to working together to build Indosat Ooredoo Hutchison into a digital champion for Indonesia.”

Completion of the transaction will be subject to the approval of Ooredoo Group, CK Hutchison, Indosat Ooredoo shareholders, regulatory approvals and other customary terms and conditions. Assuming all approvals are received, the proposed combination is expected to be completed by the end of 2021.