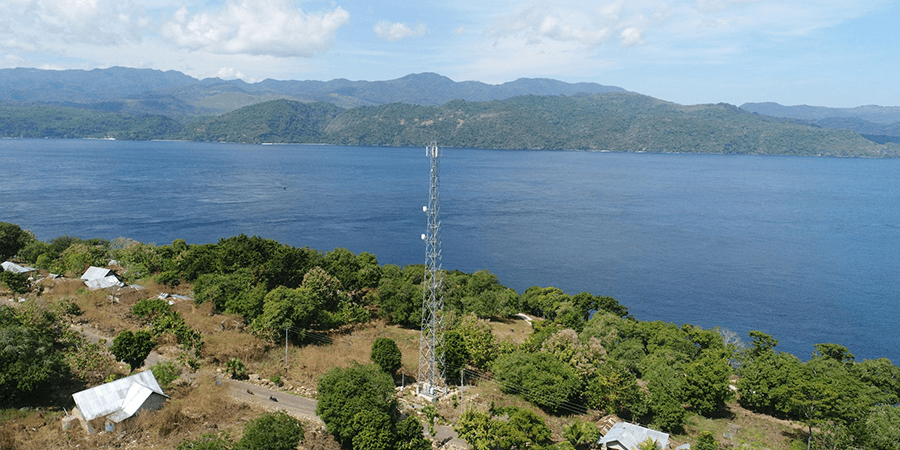 Over the last year, the pair have connected hundreds of base sites across the Indonesian territory–     all capable of 4G services–     to Kacific’s high-throughput Ka-band satellite.

The huge thirst for mobile backhaul services is driven by the government’s goal of connecting the 3T (front, outermost, disadvantaged) areas of Indonesia      with major telcos tendered from the Ministry of Communication and Information (Kemenkominfo) together with the Telecommunications and Information Accessibility Agency (BAKTI) to deploy close to 8,000 base stations by the end of 2022.

“Telcos in Indonesia are stepping up to expand their networks and increase their capacity to meet both government contracts and the rapidly growing data demands of Indonesians,” says Candra Bramono Indianto, Director of Teleglobal. “With Kacific’s state-of-the-art satellite technology, Teleglobal can connect base stations very quickly to supply telcos with large volumes of bandwidth and higher availability in terms of uptime or service for a competitive cost.”

Kacific offers Teleglobal the flexibility to shift capacity in different beams and deploy capacity based on the requirements of      different networks. Speeds of up to 85Mbps can be achieved on the small Kacific VSAT terminals that integrate into the telco’s mobile network.

“We have been impressed with the Kacific team, who have delivered on very complex network integrations and who have worked with us at every stage to ensure a smooth process,” adds Candra Indianto.

The Kacific1 satellite provides widespread coverage across Indonesia from the tip of Sumatra through to West Papua. Telcos in Indonesia join the list of customers, including those in Papua New Guinea and Kiribati, that are using Kacific’s mobile backhaul services.

“Working with Teleglobal has allowed us to draw on their expertise in Indonesia to connect even more people in rural areas through our mobile backhaul services,” says Brandon Seir, Chief Commercial Officer, Kacific.

“Teleglobal joins a growing list of Kacific enterprise customers using our high-throughput ka-band satellite to meet the government-led demand for equal access amongst citizens to reliable connectivity,     ” he furthers.

To ensure equal access for the 3T areas of Indonesia, the Ministry of Communication and Information Technology (Kominfo) through the Indonesian Information and Accessibility Agency (BAKTI) has channeled funding to mobile operators to deploy 4G base stations in rural areas.