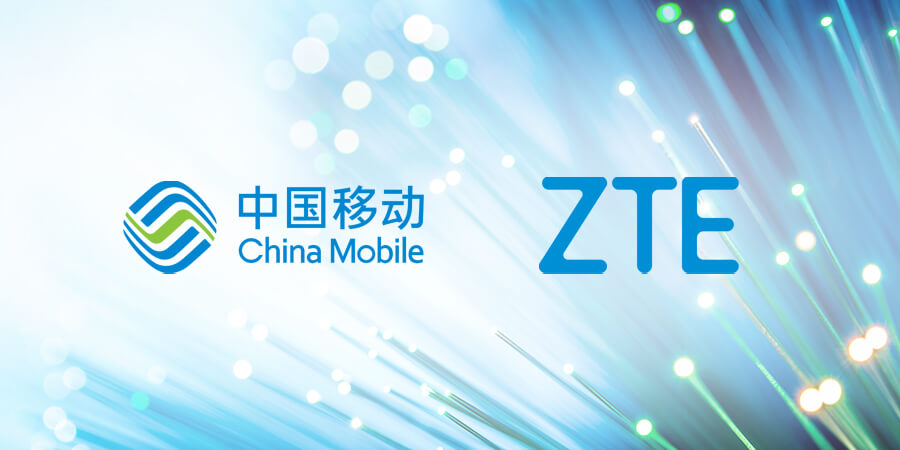 ZTE, in partnership with China Mobile’s Guangdong branch, has taken the lead in completing the single-carrier 400G pilot tests of multiple scenarios in the existing network, including OXC point-to-point, OXC pass-through, FOADM and OLP protection tests.

In the tests, ZTE has achieved ultra-high-speed long-distance transmission on the provincial backbone network with a total length of 683 km, based on G.652.D optical fibers. It fully verifies that the single-carrier 400G has been commercial ready, and lays the foundation for the deployment of 400G on the provincial backbone networks of China Mobile.

With the implementation of China’s “east-data-west-computing” project, computing power has become the hot topic in the industry. Currently, router ports in IDC equipment rooms are being upgraded to 400GE, while data centers in Guangdong Province are being moved to tier-2 and tier-3 cities, and the networks are turning flat. Basic networks focus more on service experience than network performance and pose higher requirements for bandwidth latency and transmission distance of transport networks.

Therefore, in application scenarios of the existing network, how to build an OXC all-optical network based on single-carrier 400G has become the network evolution goal for China Mobile. The all-optical network is aimed to dynamically perceive the service traffic, flow demands and changes in the computing power network, and guarantee computing and network synergy, timely response and end-to-end services, so as to speed up service transmission without reducing the distance.

ZTE has provided the ZXONE 19700 electrical cross-connect subracks based on the 32-degree OXC system with a single-slot bandwidth of up to 1T at the nodes between Guangzhou and Zhanjiang in the provincial backbone network of Guangdong Mobile. Employing the 400G PS-16QAM modulation, ZTE has completed the pilot tests in practical application scenarios such as provincial backbone OXC, FOADM, and OLP, based on G.652.D optical fibers with a total length of 683 km. The test items include the impact of OXC on system performance in comparison with FOADM, OLP insertion loss and the impact of OXC optical pass-through on system performance, and the comparison between the transmission performance of 400G and 200G. ZTE has passed all the tests in merely 13 days. The test results show that the Guangzhou-Zhanjiang system of China Mobile can implement service provisioning without regeneration based on single-carrier 400G.

During the multi-level OXC pass-through in the existing network, the system OSNR has not degraded noticeably and thus meets the service transmission requirements. At the same time, the 400G system can operate stably at both the FOADM and OXC optical layers and has the OLP (Optical Line Protection) and APO (Automatic Power Optimization) functions. Therefore, the 400G system is ready for commercial use.

Moving forward, China Mobile and ZTE will continue with the transmission performance tests of 400G QPSK in multiple application scenarios in the existing network to further provide more choices for long-distance transmission of 400G on backbone networks.