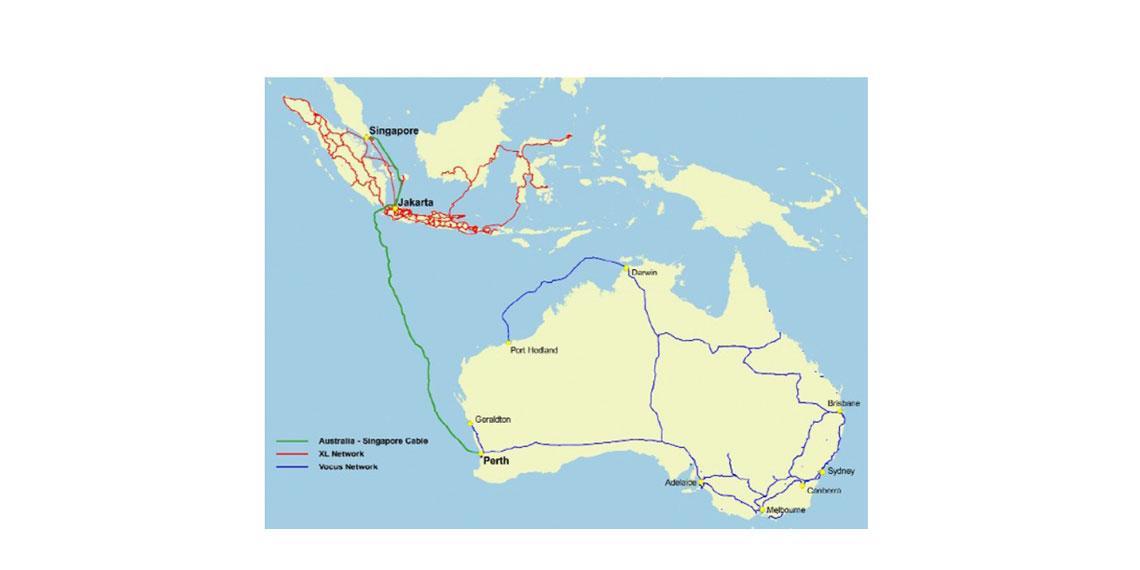 Vocus says it has secured Singapore IDA approval and renewed Landing Rights with MoCIT in Indonesia, which, in combination with its contract with Alcatel Submarine Networks fulfill all necessary requirements to commence and complete the project. It expects the cable will take approximately 19 months to build: completion is targeted by August 2018.

Vocus says the cable was a key strategic consideration in its decision to purchase Nextgen Networks '” an Australian company with a nationwide optical fiber network (ASC was initially a 50/50 joint venture between Vocus and Nextgen Networks).

'In combination with Nextgen's trans-Australian fiber network [ASC] creates a fully interconnected, high capacity fiber network owned by Vocus from the East Coast of Australia through to Singapore (via Perth), with direct connectivity into Indonesia (population 230m+),' the company said.

'In combination with the Nextgen network, ASC delivers Vocus a unique competitive advantage which provides a platform to increase utilization of both assets.'

It expects the cable build to cost $US170m and says this will be funded from its existing debt capacity in the period to June 2017 (the end of the Australian financial year) while payments made in FY18 and beyond will be funded from a combination of existing debt capacity, operating cash flow and expected customer pre-payments for Indefeasible Rights of Use (IRU) agreements. Vocus said it expected to receive IRU pre-payments of approximately $US100m during the build period.

'In a report commissioned on the ASC project in early 2016, telecom data market experts TeleGeography estimated demand for bandwidth between Australia and Asia would exceed 50Tbps by 2029,' Vocus said.

'The report estimates ASC has the opportunity to capture a minimum of 15.5Tbps of capacity sales by year-end 2029, resulting in expected revenues of at least $US550m over this period, by which time ASC will have been operating for only 40 percent of its effective life [25 years].

'TeleGeography estimates that by 2019, 30 percent of Australia's overall international bandwidth will be connected to Asia. Demand for data capacity on the ASC route is growing rapidly and the only other comparable cable system is nearing full capacity. This growth in data consumption, particularly in the Asian region, places ASC in a strong position given it is the most progressed new cable project on this route.'

The company said the business case for ASC was 'underpinned by strong demand, the need for diversity and resilience for both the Australian and Asian markets, and the fact that ASC will connect Australia to Southeast Asia, India, and Europe at lower round-trip times, outperforming any other existing cable system.'

Vocus said it had also fully executed partnering arrangements with XL Axiata Tbk in the form of a binding landing co-operation agreement that would provide security of tenure, commercial arrangements and nation-wide coverage in Indonesia through XL's 21,000km domestic transmission network.

'Furthermore, ASC, combined with Nextgen's trans-Australian fiber network and Vocus' capacity on the Southern Cross cable to Los Angeles, provides a competitive alternative route for data traffic from the Indian Ocean region through to North America,' it said.