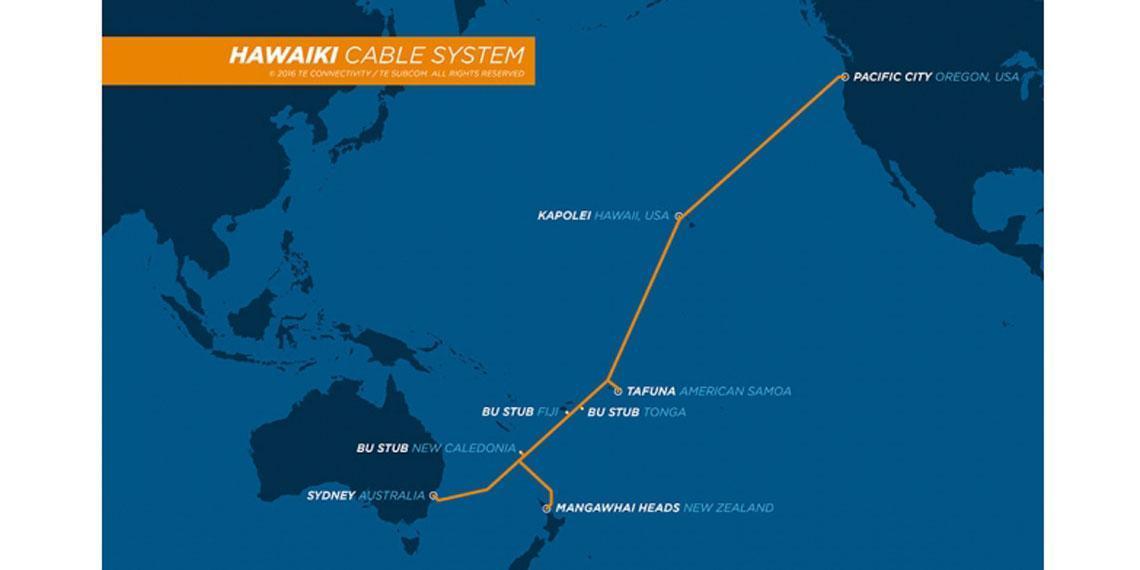 New Zealand-based Hawaiki Submarine Cable LP and TE SubCom, a TE Connectivity Ltd company specializing in subsea communications technology, announced on January 16, the completion of the route survey for Hawaiki, the 14,000 km transpacific cable system scheduled for completion in mid-2018. The cable will link Australia and New Zealand to the mainland United States, as well as Hawaii, American Samoa, and potentially other South Pacific islands.

Cable and repeater manufacturing for the system continues unabated at SubCom's Newington, N.H. USA facility, while the permitting process for implementation of Hawaiki is progressing as planned.

Hawaiki will be the highest cross-sectional capacity link between the U.S. and Australia and New Zealand. As a carrier-neutral cable system, Hawaiki will usher in a new era of international connectivity benefitting businesses and consumers across the Pacific region. The system was co-developed by New Zealand-based entrepreneurs Sir Eion Edgar, Malcolm Dick and Remi Galasso.

SubCom has completed the route survey for the entire Hawaiki system, including the small boat and shallow water work for all landings.Manufacturing continues at SubCom's facility, with more than 4,500 km of completed cable and more than 25 completed repeaters.Production of Hawaiki branching units, which will enable the connection of American Samoa, New Caledonia, Fiji and Tonga, has commenced.The permitting process for Hawaiki is well under way, with Australian installation permits already issued and additional landing permits filed in Oregon, Hawaii and New Zealand.

'The start of 2017 finds the Hawaiki cable system closer and closer to ready for service,' said Remi Galasso, CEO of Hawaiki. 'The information garnered from the recently completed deep water route survey will be instrumental in ensuring the long-term viability of the cable system and we are thrilled with the progress on the cable and repeater manufacturing efforts. Installation will begin later in 2017 and a fully lit system that should positively impact the entire region is soon to follow.'

Galasso continued, 'Our partnership with Hawaiki's operations team is very productive and system manufacturing is well on track,' said Debra Brask, vice president, project and program management, TE SubCom. 'In addition, permits are secured in Australia and are well underway in other locations. We continue to be on schedule for a mid-2018 completion.'