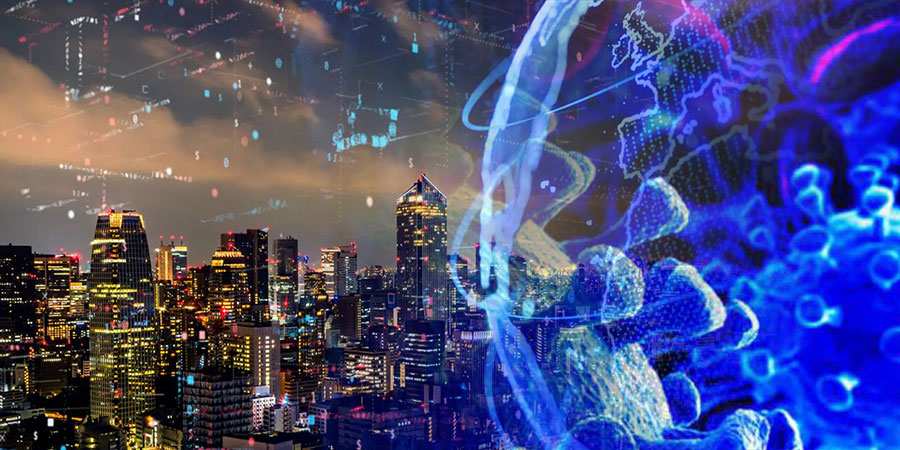 In 2003, the world was overcome with a crippling fear of the SARS virus that claimed the lives of more than 700 people worldwide. Almost a decade later, the global community was faced with yet another paralysing health crisis known as MERs or camel flu. Although this disease mostly affected a large portion of the Arabian Peninsula and eventually spread to parts of Southeast Asia and North America, almost 1000 people were reported to have perished from it; around 30% higher than the death toll for SARS. This time, we are being forced to grapple with a deadlier and more aggressive form of a similar respiratory disease known as novel coronavirus or COVID-19; a virus that was first identified in Wuhan, China and one that has already racked up a death toll numbering in the thousands and counting.

The situation that is unfolding in real time is frightening to say the least, but what is most concerning is the gargantuan impact COVID-19 will undoubtedly have on the global economy and its role in powering vertical industries, specifically when it comes to the ICT and technology sectors. Since news first broke of the outbreak, China has been desperately trying to curb the spread of the disease by ordering all but a few companies to be closed until further notice. These restrictions not only threaten to deal a blow to local manufacturers, but foreign investment in the country that rely heavily on China’s output would surely be devastated by this cataclysmic disruption.

The major industrial hub of Suzhou, situated in the northwest of Shanghai, has been forced to close its businesses until the beginning of the second week of February due its close proximity to the city of Wuhan. In a similar fashion, employees of tech giants Alibaba, Baidu and Tencent were all told to work from home until it was safe to do otherwise. The Samsung business site located in Suzhou has halted production at the factories for the time being but concerns have been expressed about the possibility of the quarantine being extended, which could severely derail the supply of new devices.

The epidemic has even put multinational tech behemoths in a nightmarish predicament; with the likes of Apple, Amazon and Microsoft having to suspend the travel of their US staff to and from the country for business trips. Tesla’s factory in Shanghai has shut down indefinitely while Google’s operations in mainland China, Taiwan and Hong Kong have also been indefinitely held in abeyance. China’s own home-grown tech companies like ZTE, Huawei and Xiaomi have had no choice but to reduce productivity in their R&D hubs based out of the country, proving to the world that no matter how powerful an entity you are, some risks are not worth taking, especially when the success of a corporation depends solely on the good health of its employees.

Many of these tech companies employ tens of thousands of workers across China in its corporate and retail companies and there are millions more who work in its supply chains. Virtually all of Apple’s iPhones in the world are made by contract manufacturers based in China, and the fact that the company has been experiencing a spike in production demand does not make the situation any less complicated. Dan Ives, an analyst at Wedbush Securities Inc., said of the crisis, “If the China outbreak becomes more spread it could negatively impact the supply chain which would be a major investor worry.”

Apple’s manufacturing partner, Foxconn, who owns factories all over mainland China, is caught in an equally distressing conundrum and has decided not to reopen its component production site situated in Shanxi Province until the beginning of February. Foxconn also added that it is closely monitoring the situation but is positive that business will continue as usual. “As a matter of policy and for reasons of commercial sensitivity, we do not comment on our specific production practices, but we can confirm that we have measures in place to ensure that we can continue to meet all global manufacturing obligations,” the company said.

According to industry experts, China’s position as the world’s second largest economy means that the massive lockdown of its international industrial and financial hubs could potentially plunge the global economy into a heart-dropping downward spiral. As a significant contributor to the global economy, any minute see-sawing in its GDP growth rate projection will inevitably influence the economic slowdown. Consequences of this lockdown have already caused a ripple effect of industry reactions; stocks in Europe and Japan both dropped more than 2%, the S&P 500 in New York fell 1.6% and the Indian Stock Exchange closed 1% lower at the tail end of January 2020.

In the past, the SARS outbreak managed to be contained after six months, but its effect on the global economy, particularly in Asia, was felt deeply. China’s and Hong Kong’s GDP slumped 1% and 2.5% respectively. The investment implications, though damaging, were rather short lived and market economies eventually bounced back stronger than ever as we were able to see with China’s rise as an infallible superpower alongside the US.

Market analysts, however, believe that the market structure and the general global context in the early years of the new millennium were vastly different from the current environment we are living in now in 2020. The interconnectivity boom between nations in the last few years has pushed governments worldwide to provide more transparent communication when it comes to handling serious global issues. According to Seema Shah, chief strategist at Principal Global Investors, the advent of social media and the culture of rapid emotion-driven news sharing has inadvertently created what she calls a “global echo chamber”.

“The echo chamber to amplify market anxiety has never been more powerful,” she said. This is why real time updates of the ever-growing death toll caused by the virus were already available way before the US markets opened.

Furthermore, global technology supply chains are more heavily connected now than any other generation before it, so much so that any erratic behaviour in its international trade network could easily cause a major fallout in the world economy. Shah comments, “As global supply chains have multiplied and become more inter-reliant, the potential for a rapid domino effect, triggered by another part of the chain, has never been higher.”

With regards to the ICT industry, GlobalData’s Nishant Singh, head of technology and telecoms data, reiterated this reality by stating that “the manufacturing of these devices and components is via an intricate supply chain which traverses the region, and hence a prolonged outbreak can drastically affect the manufacturing obligations - this will in-turn impact the product release roadmap of these technology giants.” He added, “Even if factory operations for these technology hubs are temporarily suspended, like it has happened with Tesla’s Shanghai plant, the impact of the reduced production might cascade through to the rest of 2020.”

Despite the availability of market data analytics at our fingertips, it is still incredibly difficult to predict or even quantify the extent of the economic impact of the virus, particularly in the ICT and tech fields. At this juncture, it is believed that the Chinese economy will bear the brunt of this economic setback. Singh says, “The outbreak will have a significant impact on the growth of the domestic technology market. IT purchases within China will be hit and sales are expected to drastically fall, at least for this quarter.” Before the outbreak, China’s market for ICT services and products were predicted to soar 7.9% at a compound annual growth within the next five years, with an estimated growth of 8% in 2020 itself.

Just recently, another blow was dealt to the ICT and technology industries with the shocking cancellation of the Mobile World Congress 2020 (MWC2020) that was due to take place in Barcelona from the 24th to the 27th of February. In over thirty years of this prestigious event’s history, there has never been a reason serious enough to cancel until now. General panic and a rising fear of health risks associated with the virus forced many companies involved to back out weeks before the scheduled event, citing health and safety concerns. As a result of this, over half a billion dollars (US$) was lost in what would have been one of the largest and most successful tech events and revenue-creating turnouts for Spain’s local economy. This devastation clearly bled into the morale of multiple industry key players who were looking forward to attending the annual trade show for networking, brand recognition building and income generating purposes.

GSMA CEO John Hoffman issued the following statement after the cancellation, “With due regard to the safe and healthy environment in Barcelona and the host country today, the GSMA has cancelled MWC Barcelona 2020 because the global concern regarding the coronavirus outbreak, travel concern and other circumstances, make it impossible for the GSMA to hold the event.

Despite these debilitating outcomes, industry analysts believe that most technology markets will undoubtedly recover from the outbreak. On the other hand, China’s domestic tech environment may be forced to endure the age-old adage that “things will get worse before they get better”.