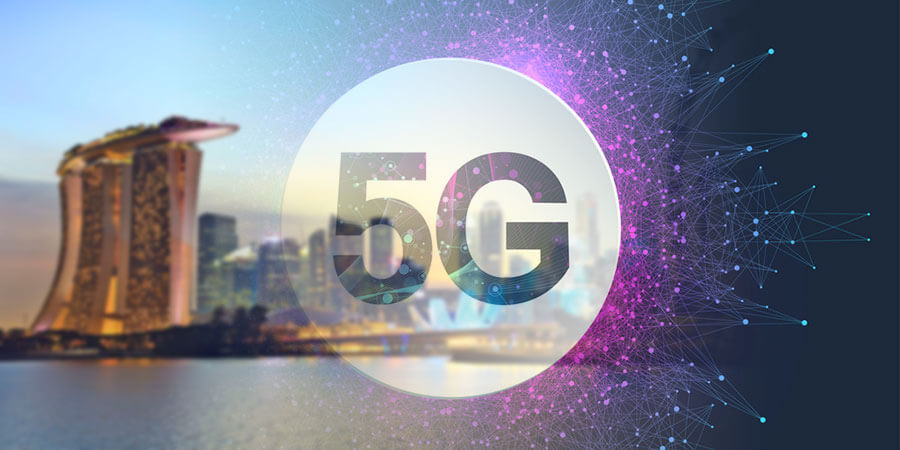 5G, the next generation of mobile broadband technology allows for faster mobile broadband speeds (up to 20Gbps), faster response timings (possibly as low as 1 millisecond) and multi-device support. With licenses to roll out 5G in Singapore on the market, three bids from Singapore’s four major telcos were submitted at the closing of the Infocomm Media Development Authority (IMDA)’s Call For Proposal (CFP) on 17th February 2020.

The IMDA has confirmed that they received three submissions for 5G licenses by Singtel, TPG Telecom and a joint bid by StarHub and M1 who recently announced that they have signed an exclusive agreement to submit a joint bid for a 5G license.

The regulator believes that it will be important to have at least two nationwide networks to start as “competition at the infrastructure layer, where feasible, will ensure that operators are incentivised to invest in new technology, innovate, upgrade and compete.” In addition, the limited spectrum resources will not be able to support more than two nationwide networks for the first few years in order to deliver the full potential of 5G technology.

The IMDA will allocate equal amounts of the 3.5 GHz band (100 MHz lot each) to bring about two nationwide networks to provide wide-area coverage and has already commenced its exercise to move existing satellite users to alternative bands with the aim of freeing up this spectrum by 2021.

The other identifiable 5G spectrum bands - 26 GHz and 28 GHz bands (also known as “mmWave”) - have a short-range propagation, which means that deployment on these bands will likely be localised. However, the IMDA has assessed that there is sufficient mmWave band for all four existing MNOs to acquire if they choose to deploy localised networks.

The IMDA will make two spectrum packages available, “each comprising one 100 MHz lot in the 3.5 GHz band and one 800 MHz lot in the mmWave band. The remaining two mmWave lots will be assigned to other requesting MNOs”.

It is unclear whether the submissions are for nationwide or localised licenses, however industry experts have predicted that Singtel will acquire one of two nationwide licenses with the other going to StarHub and M1’s joint bid.

The IMDA has confirmed that submissions are currently being evaluated and the spectrum is to be awarded by mid-2020.