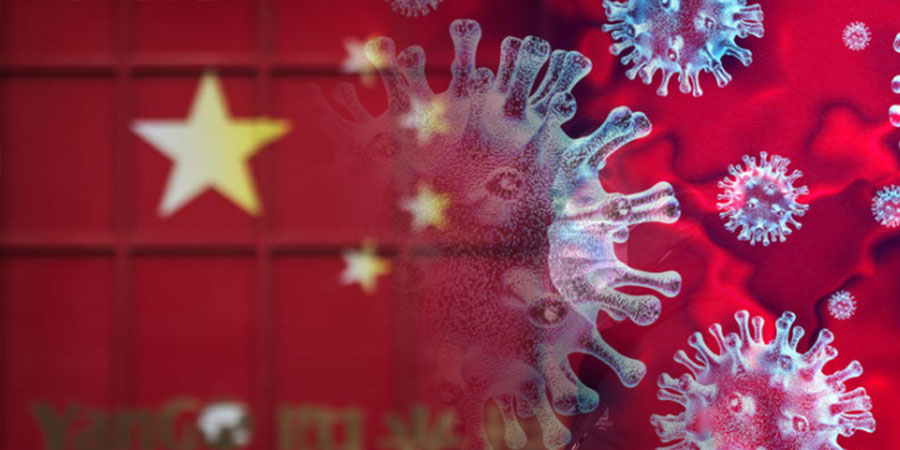 While the COVID-19 pandemic is ongoing in Europe, China has already won the staged victory with scientific method to fight against COVID-19. According to the latest official data, the infection situation in China has been initially controlled and only a few or even no new cases have been reported over the past several days. Meanwhile, Chinese researchers have started to share China's experience of "Anti-COVID-19" at multiple countries' request.

At 8pm on the 19th of March, aiming at sharing China's experience of preventing and containing COVID - 19, a worldwide online medical meeting was held in Beijing. Many Chinese academicians such as Zhong Nanshan, Li Lanjuan and Qiao Jie attended the meeting to have an in-depth discussion with foreign counterparts. They replied more than ten questions from foreign experts and online users, and nearly 70,000 medical workers and netizens from around the world watched online.

"Wuhan Mode" is becoming one of the most representative methods to fight against the pandemic. This situation has proven what Dr. Tedros Adhanom Ghebreyesus, the secretary-general said before, that is, the pandemic happening in China so far has been under control, and China's actions against COVID-19 have also been proved successful. In other words, the implementation of the "Wuhan Mode" plays a crucial role in China's success in fighting the pandemic.

Firstly, a "closure strategy" was conducted in Wuhan by the Chinese government to reduce the flow of people, which means that all public places, such as pubs, cinemas, colleges, were closed during the battle against Covid-19. At the same time, the Chinese government actively monitored health situations of people not only in Wuhan but also in other cities, and implemented the core policy of "proactive monitoring, early detection, diagnosis, isolation and treatment, and strict tracking and isolation of close contacts COVID-19 patients."

Secondly, to cut off the source of infection, prevent the large-scale spread of the pandemic and ease the burden of the local medical system in Wuhan, China rebuilt big public buildings such as stadiums into several special hospitals to relieve the pressure of Wuhan's medical system. The special hospital is called "Makeshift hospital", a kind of mobile field medical system of the PLA, in which, different units, including medical treatment unit, warding unit, technical support unit, and etc. are included. With the construction of such hospitals, the emergency treatment, surgical treatment, clinical tests and other medical treatment for the COVID-19 patients were guaranteed.

Thirdly, the Chinese people were actively cooperating with the Chinese government. Multiple medical teams from various provinces rushed to Wuhan to help diagnose and treat COVID-19 patients in Wuhan, while other non-infection people have been staying at home voluntarily to avoid getting close contact with pathogens.

Up until now, many European countries have been learning from this "Wuhan Mode".

On March 16, the French president Emmanuel Macron declared to adopt strict measures that had "never been implemented in peacetime" against COVID-19 through television in the whole country, including restricting public travel for at least 15 days, postponing the second round of municipal elections, halting ongoing government reforms, expropriating taxis and hotels by the state, and the French army would be responsible for transferring patients and deploying field hospitals in hard-hit areas. In short, France, following Italy and Spain, became the third European country that imposed martial law.

France is gradually promoting various measures by finally implementing the "Wuhan Mode", indicating that China's anti-pandemic experience has been put into practice. Dominique Bertrand, the President of the National Commission of Public Health, believed that China's quarantine measures were highly effective and ended up with favorable results, which has thus provided an important reference for France. France did not impose martial law immediately to leave some room for the public to adapt the situation, in consideration of the national characteristics of France, which makes it difficult to achieve success with a full step.

The spread of the virus has always been ahead of the confirmed number. The World Health Organization has declared again, "The time China has bought for the world is running out."

Bertrand stressed that international cooperation on the current COVID-19 outbreak is necessary, supporting and expecting China to organize international cooperation on COVID-19. Currently, various countries need to understand why China is taking these measures and, in particular, how effective they are. France hopes to strengthen cooperation in fighting the pandemic with China who has successfully withstood the test. In short, France attaches great importance to China's experience in the face of the pandemic.