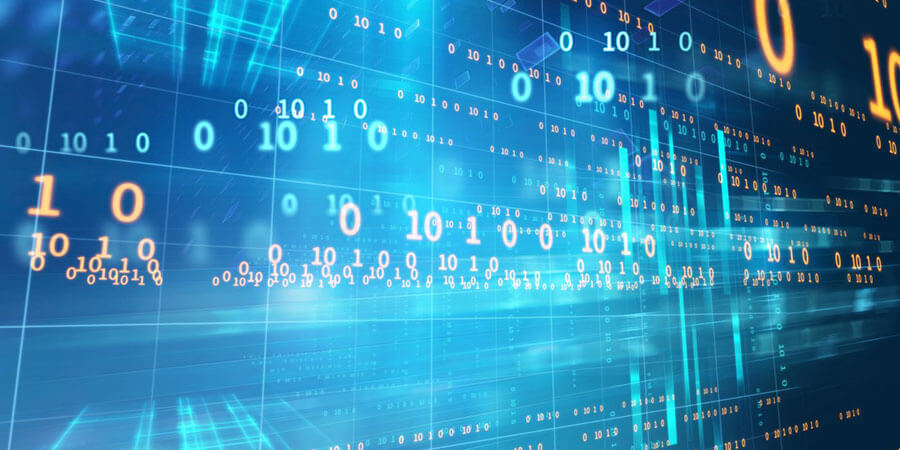 Access to the latest and greatest in emerging technologies places us in a favorable position as a society when it comes to combatting the pandemic. COVID-19 has essentially affected the entire world, not just in terms of health, but has also placed many businesses and entire industries at risk and has forced us all to work and learn from home. This has caused quite the disruption and many organizations and governments across the world are working tirelessly to put an end to the crisis in recent months.

The advancements in modern technology and the degree of innovation that we have been lucky enough to experience over the years as a collective society, could really contribute to fighting the virus. It is of the essence to see these emerging technologies as an opportunity in this situation and leverage them. One of the most prominent modern advancements in the tech field would be big data and analytics.

Big data analytics refers to the process which examines large amounts of data to better understand hidden correlations and patterns, among other insights. Analyzing data is one of, if not the greatest opportunities out there for all kinds of public and private enterprises.

While big data is not a new concept, it is most certainly one of the biggest assets out there. Back in the 1950s, businesses collected data and analyzed it, way before the term “big data” came into fruition. This data was analyzed on a basic level, often via a spreadsheet that was examined manually and inherently used to uncover certain insights and trends that would prove to be useful to that given business.

With the degree of innovation which we are experiencing today, big data and analytics poses many new benefits and with greater efficiency and at faster speeds. This has offered businesses all over the world more agility, efficiency and gives them a competitive edge which they did not previously know of.

Indeed, the quote which was coined by credited mathematician Clive Humby in 2006, “data is the new oil”, has never been more relevant. Big data analytics is generally a cost-effective method and leads to smarter and more calculated decisions, happier customers and in turn, higher profits.

In the face of COVID-19 however, this could be very advantageous. Not only does it provide governments with information on the spread of the disease and fatalities, but it could make great strides in surveillance.

Unlike previous contagious epidemics such as the SARS outbreak of 2003, big data analytics is now available to us. A handful of countries, namely those which were affected by the outbreak much earlier than the rest of the world, have leveraged emerging technologies to contain the virus from spreading. This has been particularly apparent in South-East Asian countries such as China, Taiwan and South Korea.

Central and local governments in South Korea developed a system to track cases of coronavirus through the use of data and surveillance.

The country’s Ministry of Interior and Safety developed a “self-quarantine safety protection” app which essentially enables quarantined individuals to remain in touch with their allocated caseworker(s). The app also ensured that those individuals were adhering to their quarantine guidelines through the use of GPS.

The app, which goes by the name Corona 100m, was already launched in February and had around 1 million downloads within the first 10 days of its launch. It uses government data and alerts its users when they are in a 100 meter radius of an infected person.

The South Korean government issued a statement which read that the app “allows users to conveniently avoid potentially dangerous locations without checking the travel histories of those infected”.

They also launched initiatives such as Coronamap and Coronaita in an effort to contain the virus. Coronamap, for instance, highlights the travel histories of confirmed coronavirus patients whereas Coronaita serves as a sort of search engine for information on the virus and the areas which have been impacted by it.

However, this has sparked a great deal of controversy and concerns amongst civilians due to the fact that it might have actually undermined their data privacy rights. Despite these concerns, it was found that patients were not explicitly identified however data on their genders and age range were disclosed and were also provided with a case number.

It has been speculated that the government of South Korea will take more measures to suppress the spread of the virus through a “smart city technology system”. This system aims to give health investigators the opportunity to check data which is provided by surveillance camera footage and credit card transactions of confirmed coronavirus patients to recreate and track the routes they took, to ensure further prevention.

The system the Korea Centers of Disease Control and Prevention (KCDC) previously used entailed waiting for police investigators to provide such data, which was particularly time consuming. Given that this crisis was (and still is) rapidly escalating, the new system which has been code eloped by the Ministry of Science and ICT, the KCDC and the Ministry of Land, Infrastructure and Transport permits, provided access to a wide range of data pertaining to coronavirus patients which would then be immediately analyzed and used by health investigators to better understand the extent of the virus’s spread to take measures accordingly.

Surveillance in China and data privacy have sparked a great deal of controversy all over the world. While this may be an issue to many people, it seems that the country’s controversial surveillance culture might just be useful in the fight against COVID-19.

For instance, thermal scanners were installed in many of China’s train stations in an effort to detect high body temperatures, which is essentially a potential sign of a coronavirus infection. If a person is detected to have a high fever, they could be instantly detained by health officials for testing and if that individual tests positive for COVID-19, authorities would be able to alert the passengers of that given train station that may have come into contact with the infected person and be quarantined.

The country’s transportation policies enabled this initiative as it would make tracking easier since people will be required to show their government-issued ID and hence, their real identity will be disclosed and used for further action.

China has security cameras placed all over the country to track the movements of its residents. This not only helped them place those which have been exposed to the virus in quarantine, but also ensured that they all adhered to the quarantine rules and regulations. If the authorities were to find someone breaking the law in these circumstances through the cameras, their mobile data could be used to track their movements.

Additionally, the country also developed an app which alerted users if they were in contact with someone who might have had the virus. In fact, Chinese telecom companies were able to provide authorities with a list of all the cities and areas visited by the user within the 14 days leading up to the day to better help determine whether or not that individual should be quarantined.

The less stringent data privacy laws in China and the country’s ability to collect such a large amount of personal data through state-of-the-art surveillance system, allowed it to fight the virus and contain it from spreading.

Over the past month, Taiwan has experienced a lot of success in leveraging big data to fight the spread of the virus.

Back when the virus began to spread rapidly across the entirety of China, it was assumed that Taiwan would soon be affected due to its close proximity to China as well as the volume of flights that took place on a daily basis between the two countries. Due to this, Taiwan took drastic measures and devised a pandemic plan which was actually created after the SARS outbreak of 2003 to deal with the virus’ potential impending impact on it.

A significant part of its strategy, which may have immensely contributed to its huge success in dealing with the outbreak, was the integration of the national health insurance databases with data from Taiwan’s immigration and customs database. In the face of COVID-19, the centralization of the data enabled it to receive real-time alerts and insights into which individuals may have been infected based on their travel history, who they came into contact with and their symptoms.

Additionally, in order to classify travelers’ infection risks, Taiwan made QR code scanning and online reporting of coronavirus symptoms and travel history available, as well as a toll-free hotline which citizens could report to about suspicious symptoms.

Based on their travel history, authorities were able to identify the risk levels of each individual and took action accordingly. Individuals that were at a low risk of infection were sent SMS messages of health declaration border passes which would grant them faster immigration clearance. Those who were at a higher risk were placed on home quarantine and tracked via their mobile phones, ensuring that they adhered to quarantine rules and regulations throughout the incubation period.

Although big data analytics has proven to be certainly helpful in navigating the new normal, the way in which data is being collected and used could be seen to undermine democracy.

Over the past few years, governments across the world have cited the anonymization of personal data as a key privacy safeguard. Yet, dealing with the virus and attempting to contain it would be extremely challenging if it were not for data such as location, age, gender, travel history, and the list goes on.

So the question that remains is, should we set aside our basic human right to privacy or should we compromise the very foundation of democracy and its role in privacy for the great good of society?

Perhaps there might be a middle-ground. Facebook for instance, recently unveiled a COVID-19 heat map in the US using data generated from the social network. Aside from Facebook’s controversial past in data collection, it has allegedly gone about it in an ethical manner.

On his Facebook page, Zuckerberg wrote, “As the world fights COVID-19 and countries develop plans to reopen their societies, it’s critical to have a clear understanding of how the disease is spreading.”

Adding that, “With a community of billions of people globally, Facebook can uniquely help researchers and health authorities get the information they need to respond to the outbreak and start planning for the recovery.”

The project which is led by Carnegie Mellon University, provides “real-time indications of COVID-19 activity not previously available from any other source”.

Researchers from Carnegie Mellon University have stated that the online surveys have generated millions of responses on a weekly basis from Facebook users and around 600,000 from Google users.

“Using these and other unique data sources, the CMU researchers will monitor changes over time, enabling them to forecast COVID-19 activity several weeks into the future,” they added.

The Facebook survey responses about symptoms which people are experiencing and this data is inherently used and controlled by the research team only, without being shared with the social network.

“The survey asked people if they have symptoms such as fevers, coughing, shortness of breath or loss of smell that are associated with COVID-19,” said Zuckerberg.

Concluding that, “Since experiencing symptoms is a precursor to becoming more seriously ill, this survey can help forecast how many cases hospitals will see in the days ahead and provide an early indicator of where the outbreak is growing and where the curve is being successfully flattened.”