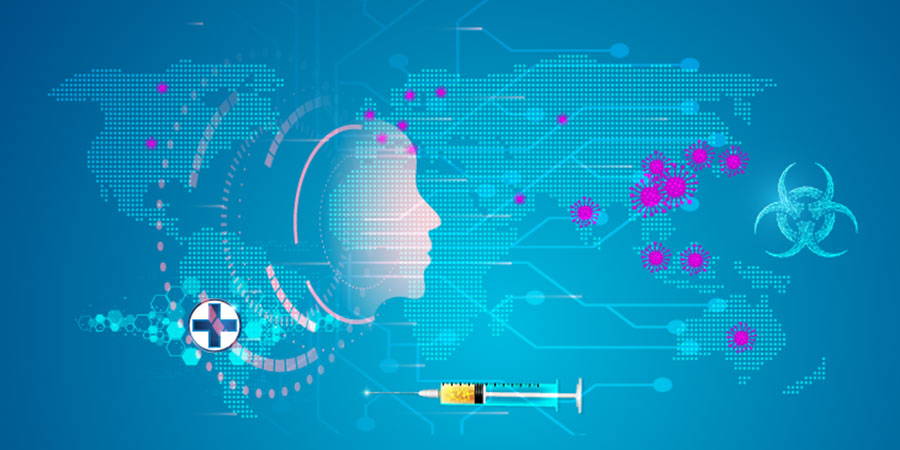 When Steven Spielberg’s “A.I. Artificial Intelligence” first premiered in 2001, it was hailed as an ambitious foray into the unknown, into a dimension that the world had not yet ventured but was not completely unfamiliar with. The project was first conceived by legendary producer-director Stanley Kubrick, who handed over the production of “A.I.” to Spielberg.The idea that artificial intelligence (AI) or machines that exhibit human-like emotions could be a reality in the not so distant future was both intriguing and downright mind-boggling. The film itself is set in the 22nd century in a post-climate change era. In this conception, most of the world’s coastlines have been submerged underwater due to rising sea levels, with humans and humanoid robots living side-by-side with one another.

Neither Spielberg nor Kubrick could have predicted that AI-powered machines and robotics would eventually be deployed less than 20 years later to help combat Covid-19, the global pandemic that has completely upended the world as we know it.

Long before the rest of the world became aware of the virus’s existence, let alone its severity, AI systems run by Toronto-based startup BlueDot had already detected a mysterious strain of pneumonia in China at the end of 2019. The system immediately alerted experts at BlueDot who found alarming similarities to the deadly SARS virus in 2003. Natural Language Processing (NLP) and machine learning algorithms were employed by BlueDot to pore through data from commercial flights, health and medical organisations, climate information and news reports to formulate insights about global health trends. It was this ground-breaking partnership between AI and human experts consisting of data scientists, doctors, epidemiologists, and veterinarians that helped put a spotlight on the extreme nature of this virus and forecasted how it would spread.

As the pandemic rages on, AI technologies and tools have already been used widely to support efforts by governments, the healthcare community and society as a whole to predict and control every stage of the crisis. One of the main precautionary measures taken in addition to wearing masks and quarantining to prevent the spread of the virus was social distancing. Within the workplace, AI-powered tools have been deployed to ensure that employees maintain a safe distance between themselves and this protocol has greatly improved the situation for many companies. One clear example of this is India’s Essar Group, a multinational conglomerate which has been adapting to the “new normal” by leveraging existing infrastructure in the fight against the pandemic.

Jayantha Prabhu, Essar Group’s CIO said, “We are using our existing security cameras to track employees’ paths in the office. We also have an AI-based Covid-19 solution in place. With this solution, the company can track an employee's path in office and the people he meets within the office. In case, a person is detected with Covid-19, the company will have all the necessary details to take further steps.” According to Prabhu, the use of this method will enable the company to track infections among employees as well as compile reports on the ins and outs of each person within the office space.

Not wanting to be left behind, Kellogg South Asia has been planning to implement precautionary measures like social distancing digitally using AI. According to its Director-IT, Asfar Khan, “It's a slightly complicated science because there is no correlation to you being positive and digitally being able to confirm that. But it is a platform we are looking at where we can alert someone that they are within a certain distance limit from someone. We will be looking at something like that. But it is an evolving science.”

Within the hospitality sector, service robots and contactless technology have not only helped increase productivity and overcome a shortage in manpower but have forced the industry to revamp and digitize its current business models to deal with the pandemic. As countries across Southeast Asia ready themselves to reopen their borders for travel and tourism according to post-Covid recovery guidelines, hotels have begun to reorganise their operations by implementing new solutions to keep their guests happy while following strict safety measures. Brendan Daly, general manager of Yotel Singapore said, “As a general trend, we might expect to see more brands investing in automated services and robot implementation, particularly as we now see robots moving out of the warehouse and factory into the larger world – helped along by falling hardware costs and the rise of 5G networks.”

He added, “These [robotic] applications are highly useful in a hotel environment and increasingly, we can envision how they will change the way service is delivered alongside evolving guest expectations.”

Evidently, AI has the power to bring about tremendous benefits and opportunities in the ongoing fight against Covid-19. While the world struggles to take control of its volatile economies, development and innovation of AI within multiple industries has shown us that these technologies can and should be included in global business operations to help fully stifle the spread of this virus once and for all.