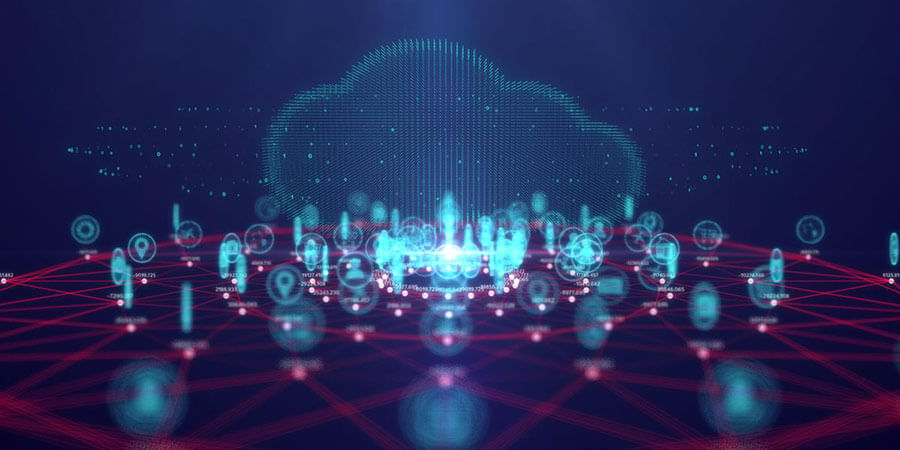 Given the potential and promise of 5G, it comes as no surprise that the next generation mobile network is dominating technology industry headlines. However, while 5G is a generational boost for wireless networks, it’s important to recognize a more significant technology shift which impacts the migration to 5G networks: the cloud for business.

It is easy to think about telecommunications as just a cluster of large towers supporting bundles of fiber optic cables, copper wires and other heavy infrastructure. Yet today, telcos are moving to the cloud in a big way.

In recent years, the cloudification of communication networks, or telco cloud, has become a byword for telecom modernization. Today, as the industry moves to 5G, operators will have opportunities to move forward on a path to an increasingly cloud-native future.

When it comes to telco clouds, the basic concept is similar, though the implementation varies from operator to operator. Some have built their own cloud infrastructure, or private clouds, and others are embracing public clouds. Depending on their purposes, ambitions, and technology readiness, operators have moved to cloud native in many ways. An example of this is Japan’s e-commerce giant Rakuten, a company that is widely regarded as being at the forefront of the industry's move toward virtualized, cloud-native, open wireless networks. From the outset, the aim was to build “the world’s first end-to-end fully virtualized cloud-native network.”

Earlier in the year, the company succeeded in commercially launching its virtualized 4G network, and claimed it saved 40% CAPEX and 30% OPEX compared with conventional monolithic networks. The company also said it expects to spend around $1.8 billion upgrading to 5G by September.

Rakuten represents the shift away from reliance on hardware and legacy infrastructure and plans to hire no more than 350 people to operate the entire cloud-based network, compared with thousands of employees working for the incumbent DoCoMo. As a result, it can offer comparable packages at about half the price of its competition.

Vodafone Idea, created through the so-called “world’s biggest telecom network integration” between Vodafone India and Idea Cellular, has opted to migrate to its own “universal cloud”, using an open source infrastructure based on Red Hat’s OpenStack.All the operator’s telco workloads, IT operations including the billing system and enterprise applications are run on this cloud platform.

"Through our collaboration with IBM and Red Hat, we are adopting open standards and leading with highly automated, machine learning based hybrid cloud solutions to create India’s first Open Universal Hybrid Cloud that supports our most mission-critical operations across network and IT systems, and B2B enterprise customer offerings. This is part of our transformation journey to set up a robust, future ready network,” said Vishant Vora, CTO of Vodafone Idea Limited.

All the exciting things that the industry is talking about, like 5G, relies on highly flexible, dynamic, programmable networks that can perform at scale. None of this can be done as envisioned without deploying telco cloud technology. A key point that needs to be highlighted is the impact of Covid-19 on telcos and how this inadvertently accelerated their journey towards cloud migration for the continuation of business as usual. The changes wrought in business by the pandemic make business agility and flexibility the leading necessities in your digital transformation process. Cloud computing continues to drive incredible transformation by offering the required flexibility to adapt to rapidly changing business conditions.

If they were not already headed that way, many companies are now finding it necessary to accelerate their migration to multi-cloud platforms because of the global health crisis. According to the IDC, more than 90% of enterprises worldwide will rely on a mix of on-premises or dedicated private clouds, multiple public clouds and legacy platforms to meet their infrastructure needs by 2022.

At the same time, companies have many data center assets that they can’t move to the cloud. Some applications cannot be easily migrated. Other data may be subject to regulatory requirements that prevent that data from residing in public clouds. According to Gartner data, 80% of active virtual machine workloads still run on private infrastructure.

Just recently, the multinational telecommunications juggernaut Colt Technology Services announced a collaboration with Mitsubishi Research Institute DCS Co. Ltd (MRI DCS) through the implementation of its new service “Dibertas”. The multi-cloud storage service aggregates data from various environments, enabling its customers to access and utilise data across multiple cloud services and on-premises environments.  Takashi Gouda, the Managing Executive Officer of the Digital Transformation Unit Head at Mitsubishi Research Institute DCS Co. Ltd. said, “One of the most important advantages of using Dibertas is that our customers can access their data at various locations securely and quickly. We use our own data centre based on the concept of keeping our customers' data safe and secure at the specified location. Typically, the server and the storage are in the same place and connected by a cable, but this time, they are in different places and connected by a network. Therefore, we needed best-in-class connectivity. We are satisfied with Colt’s extremely secure and low latency network.”

Gouda added, “Last but not least, Colt brought us great satisfaction in terms of cost performance as well. Initially, we considered using another carrier as a backup, but the increased cost was a concern. However, Colt’s fully redundant ring configuration reassured us that we could provide a stable network using just one carrier. Upon this consideration, we evaluated Colt was the best in terms of stability, reliability and cost-efficiency.”

His sentiments were echoed by Minoru Ando, the ICT Business & Systems Group Data Technology Division General Manager at Mitsubishi, “The consultancy service at Colt helped us a lot in the process of connecting to the public cloud, so that we were able to design and develop the network environment in the public cloud that matches the customer whether there is IP duplication.”