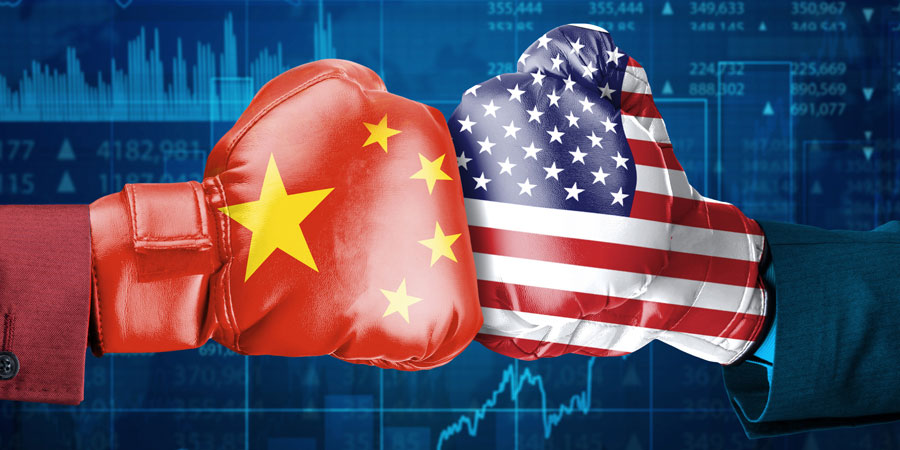 What started as a trade war between the world’s two superpowers evolved into a tech war with no sign of abating, as the US targets Chinese telecommunications providers in one of the latest tech retaliations against China even as Trump’s presidency comes to a near end.

Trump’s signing of an executive order which takes effect on 11 January 2021 requires investors to unload Chinese firms perceived to be a threat to US national security. Officials also claim that these firms fail to comply with US audits as the Chinese government tends to withhold information.

This order prompted the New York Stock Exchange (NYSE) to announce on 31 December 2020 that it would delist China Mobile, China Telecom and China Unicom. But a mere four days later, NYSE abandoned its initial plan to delist, only to announce on 6 January 2021 that it would proceed to delist the companies after all.

Amid the NYSE saga, Trump signed another executive order on 5 January 2021 to ban transactions involving eight Chinese apps. Alipay, WeChat Pay and Tencent QQ are among the companies affected. According to US officials, the order is meant to encroach on China’s big data strategy and prevent the alleged use of Americans’ personal data by the Chinese government. This order comes into effect 45 days later.

Battling the future of technology

Undermining Chinese telecommunications companies, or Chinese tech firms for that matter is not new amid estranged China-US relations. With 5G shaping the future of technology, crippling Chinese 5G companies is one way for the US to dent China’s efforts to gain foothold in global tech dominance.

Huawei, one of the earliest Chinese tech firms targeted in this battle, had to stop production of its high-end Kirin 9000 chipset in September 2020 owing to US sanctions. TrendForce predicts that Huawei will experience a significant drop in smartphone production and 5G market share in 2021, with its smartphone production falling from 170 million units to 45 million units, and a global 5G market share from 30% to just 8%.

However, despite boycotts in the west, Huawei has since turned its focus to other regions, having sealed major deals with telecommunications firms in the Middle East, as well as Indonesia last year.

As the only providers of China’s broad telecommunications network, China Mobile, China Telecom and China Unicom – all operating under the Chinese government and critical to the country’s agenda to secure 5G leadership – have become natural targets for the US.

Overthrowing the US’ claims, China Securities Regulatory Commission (CSRC) maintains that China Mobile, China Telecom and China Unicom adhere to US market rules and regulatory requirements. In a statement, CSRC cited that the impact by NYSE to delist the Chinese telecommunications providers is small, accounting for less than 2.2% of their respective total equity shares and a total market capitalisation of less than RMB 20 billion.

This year, the three government-backed telecommunications giants are expected to support China’s push for at least 600,000 more 5G base stations, adding to the 700,000 already installed to date. Officials said that China will accelerate 5G coverage in major cities this year, deploying more data centres and computing facilities, as well as conducting pilot tests for industrial 5G, with its focus on 10 key industries.

China appears more strategic in its 5G deployment and has surpassed the US in terms of 5G subscribers and the number of base stations. By the end of last year, China garnered more than 200 million 5G subscribers. However, it should not be construed that a 5G subscriber possesses a 5G-enabled device or has access to a reliable 5G network. Instead, Chinese providers have been selling 5G subscriptions aggressively, and at much lower rates.

It is not clear if Biden would enact Trump’s ban when he takes office on 20 January 2021. But Chinese tech companies are unlikely to receive much reprieve under Biden’s administration. With trillions of dollars of economic output at stake, the US will not give up on its fight for 5G leadership – not to China at least.