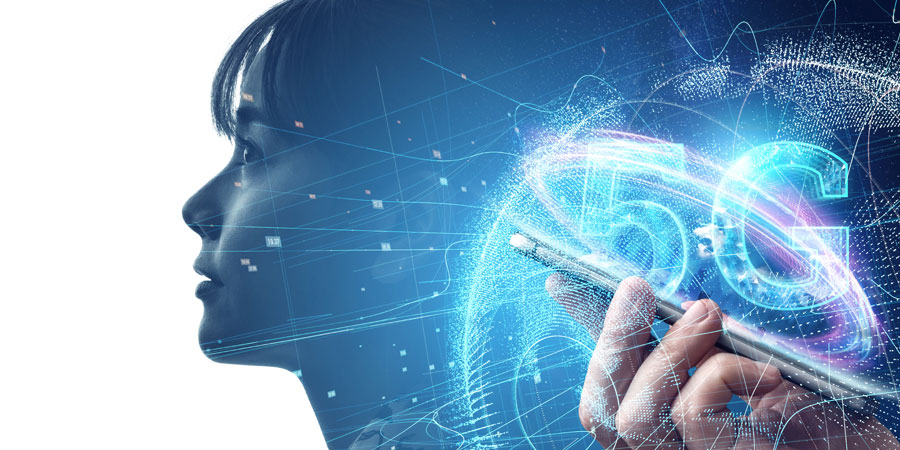 The first to jump onto the bandwagon in the region, South Korea launched its commercial 5G non-standalone (NSA) network in April 2019. Today, South Korea has amassed about 10 million 5G subscribers, accounting for about 14% of the total population and 28% of total mobile data traffic.

During the first half of last year, South Korea’s 5G network across Seoul and six major cities averaged a download speed of 656.6Mbps, according to the Ministry of Science and ICT (South Korea) – a marked improvement of just 158.53Mbps achieved by 4G LTE networks a year ago. However, newer reports in recent months which showed that over half a million South Korean subscribers have reportedly switched back to 4G LTE services owing to poor 5G coverage suggest a less rosy reality for operators.

In the midterm, though, consumers can look forward to better 5G experiences, as investments totaling US$22 billion will be spread out in the next couple of years to boost 5G infrastructures and expand 5G connectivity on select Seoul Metro lines and major highways in the country. In partnership with SK Telecom (SKT), Ericsson’s MINI-LINK 6352 will also deliver 5G connectivity to remote terrains or National Parks where digging is prohibited. These efforts demonstrate the nation’s commitment towards maintaining its first-mover advantage towards wider 5G adoption.

Whilst South Korea leads in terms of network coverage and speed, China, with more than 110 million 5G subscribers, is the largest 5G market in terms of size.

However, this only represents about 6% of the country’s total population; 5G subscriptions are unable to help operators bear the brunt of high capital expenditure to develop new networks.

Owing to 5G’s limited signal coverage compared to 4G’s, as many as 10 million 5G transmitted stations need to be installed in China to obtain the same coverage that 4G presently has. To date, the country has only built around 600,00 base stations, although more are in the pipeline.

To overcome high capex, operators in South Korea and China share network infrastructure and expand coverage based on existing 4G infrastructures. In China, some 5G base stations are shut down during certain times of the day.

In Singapore, where a stand-alone 5G network has just been adopted, capex pressures are also mounting as subscribers might not be convinced to move on to 5G plans with limited 5G consumer uses. Similarly, in Japan, where 5G technology was launched a little earlier in March last year, the coronavirus outbreak disrupted sales and even delayed the launch of 5G services. Slow network developments mostly centered in Tokyo also deterred consumers from upgrading to 5G as they cannot reap its full benefits. It remains to be seen if Japan Olympics can deliver 5G applications as previously promised.

To motivate consumers, operators need to help them recognise the long-term benefits of 5G and its applications. In South Korea, for instance, free enhanced Mobile Broadband (eMBB) for gaming, entertainment, sports, and education is offered to subscribers.

B2B Uses are a Key Driver of 5G Success

But these steps are hardly enough – and this is where the B2B and B2B2X sectors fill the gap, and success in enterprises relying on IoT, cloud gaming, data analytics, enterprise cloud, and connectivity is essential.

According to a global survey conducted by GSMA, up to 50 per cent of operator revenue can stem from B2B enterprises. But first, 5G must be optimally integrated with technologies such as big data, artificial intelligence (AI), and visual technology, and used in virtual reality (VR), augmented reality (AR), and controls systems to support the transformation of industries.

In South Korea, smart office systems and smart factories are some 5G B2B applications already in place. There are plans for an ultrafast mmWave 5G network to commence for the B2B sector. It will then be another year or two before the mmWave 5G network is used for personal smart devices. This highlights the importance of enterprise success, as operators are eager to meet enterprise requirements across industries.

The on-going pandemic stresses new developments to innovative solutions to cope with increased demands, especially in the healthcare industry. In response, the industry has been quick to harness 5G in powering new applications that could not have been supported with the 4G network. In China, 5G technology is used to conduct CT scans remotely. Schools are also using cloud capabilities and 5G technology to launch remote learning. More recently, a state-run Chinese mining company launched a 5G network that beams signals into coal mines. Having said that, these applications are still in their infancy.

By 2035, 22.3 million jobs and $13.2 trillion of global economic output can be founded on 5G technology, according to statistics from Informa Tech. As digitalisation becomes high on the agenda for many governments, especially during this pandemic, 5G deployment is well-positioned to accelerate.

For now, 5G technology is a long way from achieving ultra-fast speeds, low latency, and ubiquitous coverage it has been envisioned for – remote surgeries, drone deliveries, autonomous vehicles, and smart factories. But similar to the trajectory of 4G’s development, which spread over a decade long, 5G technology will eventually realise its full scope of benefits. Countries that are unwavering in embracing, developing, and harnessing the potential of 5G technology, like South Korea and China are in good stead to spearhead the future of technology.