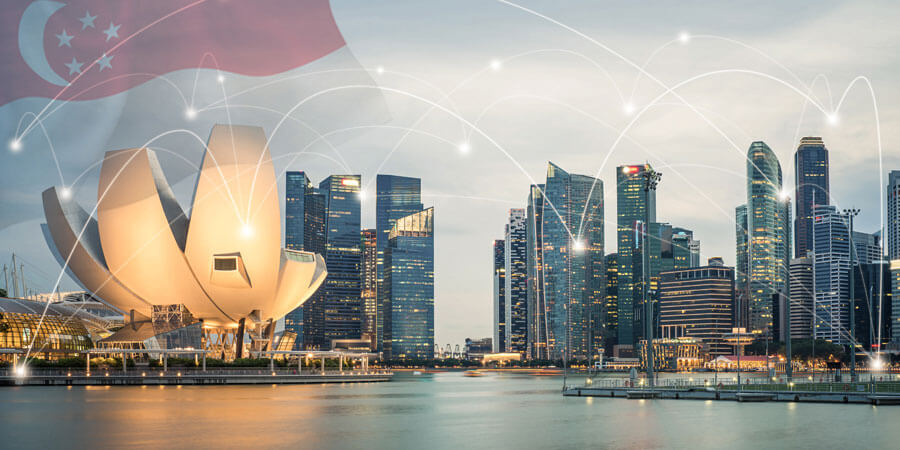 Singapore helms the top spot as Asia Pacific’s most innovative country according to the latest Global Innovation Index released in 2020. This makes it the seventh consecutive year that Singapore covets the first spot across economies in the region. Globally, Singapore is in the eighth spot, behind countries such as Switzerland in the top spot, the US, Britain, Denmark and Finland.

Just last year, Singapore attracted S$17.2 billion in fixed asset investments despite a weaker global economic outlook owing to the pandemic, representing a record 12-year high, of which, a significant amount was channeled into electronics and research and development. Singapore’s Economic Development Board (EDB) estimates that these investments will generate more than 19,000 jobs.

On a national level, Singapore’s government recognises its role to propel the country’s growth and competitiveness through innovation, to exploit digital technologies and advance all segments of society. Launched in November 2014, Singapore’s Smart Nation is a nation-wide initiative to build a “digital economy, digital government and digital society”. Since the launch of Smart Nation, the government has been sparing no expense to invest in infrastructure, open platforms and data sharing to accelerate digitalisation across industries, especially amongst SMEs.

To transform the economy and lives, advancement in the Internet of Things (IoT), big data analytics, robotics, machine learning (ML) and artificial intelligence (AI) have become a key agenda, with research into data science, deep tech and quantum computing to seal the country’s position as an innovation and tech hub. Not merely a top-down approach, upskilling in tech has gained traction to ensure a future-proof workforce in the digital economy. Under the Smart Nation initiative, for instance, more than 1,500 tech jobs were offered in a virtual career fair earlier this month to provide opportunities for upskilling and building on the country’s tech talent pool.

In February 2021, Singapore’s Minister of Trade and Industry unveiled other plans to transform the country into a regional and global e-commerce hub, centred around growing 5G networks to handle the demands of a booming e-commerce industry estimated to be valued at US$22 billion by 2025. 5G development is also crucial to reinforcing Singapore’s digital infrastructure and digital economy.

Furthermore, Singapore is also establishing itself as a regional foodtech hub under a “30 by 30” plan to ensure food security, aimed to produce 30 percent of its food locally by 203.

A safe harbour in a fast-growing region

Geo-political tensions and unrest in several APAC countries have opened up windows of opportunities for Singapore. For many international firms, Singapore is the ideal base for establishing inroads into both Asia and ASEAN, while ensuring healthy ties with the US and Europe.

Last year, KPMG reported that Singapore is perceived to be the top alternative to Silicon Valley as a global tech epicentre. Known for an efficient tax system and a regulated and transparent market, Singapore is a business haven where tax incentives and innovation grants await. It is also the most competitive economy in the world, when compared against 62 other economies, according to findings from IMD World Competitiveness Ranking.

In October 2020, Hyundai Motor opened its first-of-its-kind open innovation lab in the world to forward mobility research and development in line with Singapore’s Smart Nation initiative and push for smart urban mobility.

In December 2020, Infineon announced plans to build a global AI innovation hub in Singapore to facilitate its corporate-wide digitalisation, with investments amounting to some $27 million. Just last month, Dell established a S$6 million innovation hub in Singapore to drive the adoption of digital solutions for global partners and customers. The top of its focus is research and development in AI.

Owing in part to a US fallout, Chinese tech firms have also reaffirmed Singapore’s position as an important overseas base for their business. Tech Chinese giants such as Tencent, BtyeDance and Alibaba are examples that are using Singapore as a gateway to APAC countries. This month, Huawei launched a US$40 million innovation hub in Singapore’s Changi Business Park to strengthen mobile activities in the APAC region. Huawei sees Singapore as an important growing tech hub in the APAC region as the mobile scene becomes more buoyant. Leading tech companies like Google and Microsoft also boost a strong presence in the country.

The country’s digital ambition is built on the successful deployment and integration of 5G across industries, communities and the government. Singapore is currently rolling out two standalone networks, scheduled to cover half of the city-state by the end of 2022. By the end of 2025, 5G networks will be available nation-wide. GlobalData predicts that Singapore’s overall mobile services market revenue will grow at a CAGR of 7 percent between 2020 and 2025.

While these figures attest to Singapore’s growing status as a regional tech and innovation hub, the city-state is most certainly not alone in its quest to lead innovation in the region. It is also worth noting that neighbouring countries such as Indonesia and Thailand are also placing more emphasis on digital transformation to elevate their economies. But for now, the world continues to turn to Singapore as a safe haven for overseas expansion and consolidation of strength.