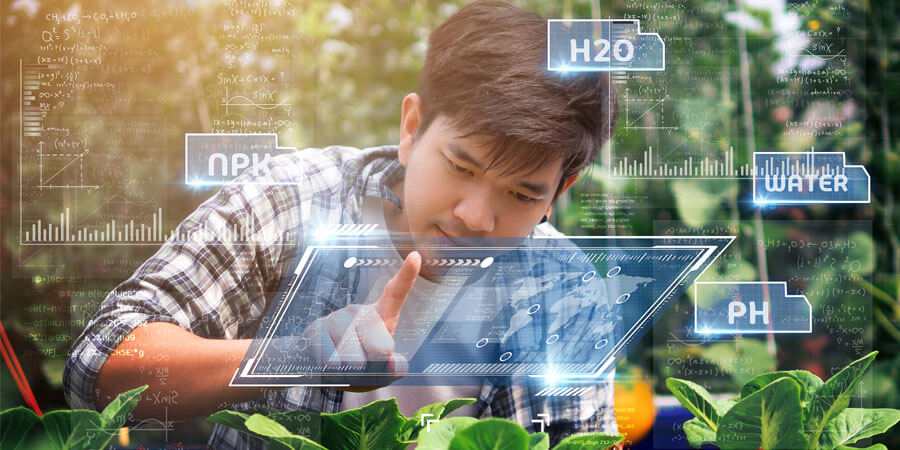 Before the pandemic, the World Health Organisation (WHO) has warned about worsening food scarcity as the world’s population grows in the next few decades. Following the COVID-19 outbreak, the United Nations reported that the severity of a food scarcity has been brought forward – doubling in numbers in the Asia-Pacific region to affect more than 265 million last year.

After experiencing a bout of food supply chain disruptions last year, countries are jolted to the need to build food resilience to prevent a food crisis. This has spurred renewed interests in the future of food, with governments and enterprises more eager to explore 5G for precision agriculture to power communication between IoT devices on farms.

AI and IoT to revolutionize farming

According to Markets and Markets, AI and IoT for farming is a growing market that will reach US$22 billion by 2025, up from US$13.8 billion in 2020. It is also predicted by AgThentic in a recent report that IoT devices in agriculture will increase from just 30 million in 2015 to 75 million in 2022.

As 5G networks roll out in more countries, farmers can benefit from higher-connectivity sensors that utilize AI and IoT to monitor soil and control conditions such as water usage to optimize farm yield for crops. Using AI, drones capture high-resolution images for real-time analysis of insect infestations, weeds and even nutrients deficiencies. Data collected can then be deposited on the cloud and analysed for the most optimal conditions for any crops. The result is better crop yields and high quality produce.

The promise of autonomous tractors to sow seeds on farms is another advancement that revolutionizes farming and helps reduce manpower. On livestock farms, geolocation services can be used to help farmers locate and monitor livestock, to help track livestock throughout the supply chain. Geo-tagging on livestock can also capture health data for its entire lifespan, using blockchain to ensure traceability.

However, owing to a lack of 5G networks or coverage, most countries in the Asia-Pacific region are still relying on 4G for farming – that is if smart technologies are deployed at all. For these countries, it would be some time before 5G networks become available in the country or extend to the rural areas. In the meantime, countries in the region are gearing up for major shifts in the industry in anticipation for the future of farming.

China has 20% of the world’s population, but only 7% of its land is arable. To ensure food security, farms must be revolutionized to help increase yields. Leading the world in 5G deployments, China is experiencing a shift towards digitalization on farms, using innovative techniques like drone and satellite imagery, as well as pattern modelling to improve yield.

In Zhejiang, for instance, China Mobile’s 5G network is used in smart greenhouses to set the ideal temperature, lighting, humidity, and fertilizer levels. Data is sent in real-time over the 5G network to ensure accuracy in settings, and complete with control systems against pests’ diseases that can be managed remotely.

The first to roll out 5G in the world, South Korea introduced 5G to smart farming to the world’s first 5G village in 2019. Powered by KT’s 5G network, this 5G village in the Demilitarized Zone features smart farming. To expand on this capability, South Korea’s ICT ministry announced plans earlier this year to invest US$353.3 million to develop smart farms over the course of the next seven years.

Thailand, a major food exporter where about 40% of the country’s labour force works in the agriculture sector, is one of the first countries in Southeast Asia to adopt smart farming in line with the nation’s Thailand 4.0 ambition. However, 5G coverage is mostly concentrated in its capital, with little presence in the rural areas.

Smart agriculture is the solution to Japan’s problem of declining farmers, where the number of farmers will dwindle from 2.08 million in 2015 to 1.31 million in 2030. To promote smart agriculture, the government of Japan has launched WAGRI, a platform for agricultural data for ICT vendors and agricultural equipment manufacturers to tap onto its rich resource to develop solutions. Last year, KDDI introduced a 5G service from just below US$10 a month to support smart farms.

In Malaysia, where the agriculture sector accounts for between 7% and 12% of the country’s gross domestic product, the pandemic resulted in an estimated loss of income of US$120 million in 2020. With aims to modernize the agriculture sector and bring it up to speed with Industry 4.0, the Malaysian Agricultural Research and Development Institute (MARDI) started tapping on Maxis’ NB-IoT network to carry out precision agriculture to enable systematic sensing of environmental and soil conditions remotely. The network is capable of supporting millions of connected sensors without consuming a lot of power. Separately, Celcom started partnering a drone maker to co-develop 5G drones for farms last year.

The government plans to inject new blood into the agriculture sector by attracting the youth. Under the nation’s Agriculture 4.0 vision, the sector will embrace high-tech technology, using blockchain, nanotechnology and genetic modification to replace otherwise traditional farming techniques. Last year, South Korea announced that it would fund joint smart agriculture projects amounting to US$2.7 million in several parts of the Philippines.

As the sixth largest producer of food in the world, Australia’s agriculture accounts for 12% of the country’s GDP. Innovative pest control is just one area that the country can benefit from given that pests cause Australian farmers AU$1 billion in losses each year, as reported by the Commonwealth Scientific and Industrial Research Organisation, a government agency in Australia. To grow the sector, the Australian government has committed to set aside US$72 for smart farming by 2030.

Technological innovation is key to ensuring food security. In the coming years, we can expect more investments to be poured into an area like 5G to promote agriculture digitalization to help countries harness the full benefits of smart farming.