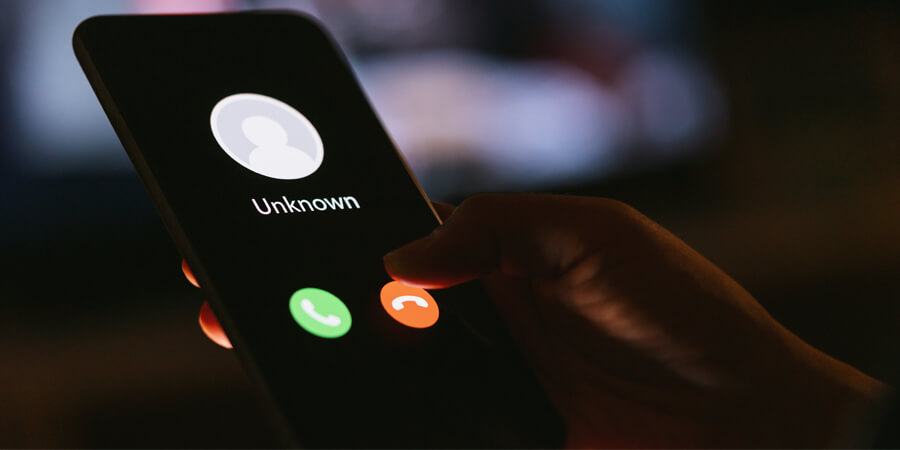 Harassing scam calls have plagued the global telecommunications industry, resulting in the high incidence of fraud and financial losses among users. Over the years, criminal scammers have been evolving and adopting more sophisticated technologies to carry out fraudulent activities and continue to be a source of problems.

Based on historical scam patterns, advanced ML algorithms help predict future outcomes and identify scams. These algorithms help analyze data and profile a high volume of calls in real-time to accurately detect anomalies that a human is unable to detect. They can also monitor signaling traffic in real-time for voice and SMS services.

Machine-learning (ML) based scam detection can be used to counter increased threats from more sophisticated scam calls, leveraging advanced models that are trained to predict whether an incoming call is a scam based on an analysis of voice and intent for example.

For the telecommunications industry, there are solutions for real-time processing, analytics and reporting of scam or fraudulent calls. As these calls persist and even escalate worldwide, more development is underway to accelerate progress in this area.

Earlier this year, for instance, Nokia and Hiya, a call performance management cloud company tested a real-time spam and fraud detection service, marking the industry’s first VoLTE network integration through a public cloud service to an operator in Europe.

While telecom operators play an important role, stemming out scam and fraudulent calls require a concerted effort that extends beyond the telecommunications industry – the government needs to lead the change to circumvent such calls.

In India, home to many scam centers, the Delhi High Court has issued an order in February for all telecom operators and the Telecom Regulatory Authority of India (TRAI) to roll out stringent regulatory consumer safeguards against scams and phishing.

According to TrueCaller, the most common are KYC and OTP scams, where scammers try to obtain sensitive personal information in a bid to remove money from the users’ bank accounts or digital wallets. With scam calls on the rise, the country’s Department of Telecom (DoT) has been trying to create awareness, using messaging to caution Indian citizens about international scam calls.

In Singapore, Singtel reported that scam calls have doubled in 2020, with users receiving more than 5,000 calls. Last year, the country experienced a record-high 15,756 scam calls, with more than S$201 million being scammed, as compared to 9,545 cases and financial losses amounting to S$120 million in the preceding year.

To prevent scam messages and calls from defrauding more citizens, several government agencies in Singapore jointly launched the ScamShield APP in November last year. The app uses an AI-powered keyword filter to screen message content as well as block out blacklisted numbers. Reported numbers of scammers are then passed on to telecom operators so that these numbers are suspended. As of the end of May, about 722,000 scam messages have been reported.

This code spells out clear obligations to be taken by telecom operators to publish information for users to manage and report scam calls, as well as exchange information with other operators and reporting such calls to the authorities. As a result of this new compliance, about 55 million scam calls to Australian phone numbers have been blocked by the first quarter of this year. More recently, the ACMA has also signed a Memorandum of Understanding (MOU) with the US Federal Communication Commission (FCC) to exchange intelligence to crack down on future scam calls.

As scammers become increasingly resourceful and malicious, regulatory bodies need to front the fight against scam calls. But with telecom operators being the first line of defense, operators should turn to advanced AI-powered capabilities to safeguard users from growing and more devastating scams. Essentially, it is about leveraging innovative technologies to outwit scammers, improve the level of trust with users and successfully bring real financial losses to a low.