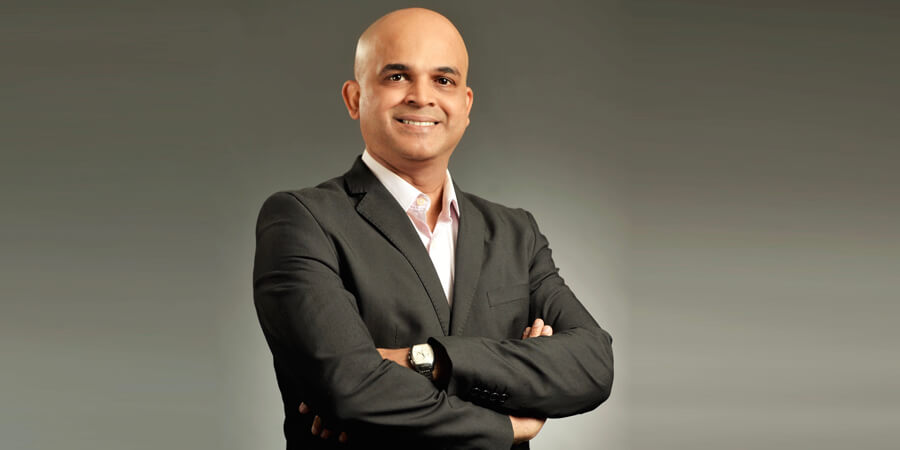 We are now living in an age of increasing technological innovation. You could even say that we are experiencing a technological renaissance as more people and businesses are adopting advanced technologies at unprecedented rates. However, they are also doing it faster than many cities – especially those within Asia-Pacific.

As we inch ever closer to Industry 4.0, it is now time for urban leaders to apply innovative technologies to solve age-old urban challenges which came to the fore due to the ongoing COVID-19 pandemic. However, they must do so by not purely focusing on digital transformation for its own sake, but to use it to generate scalable, real-world outcomes for cities.

The primary lesson the pandemic taught us over the past year is that sustainability should be the underpinning factor of making cities smarter. However, it is a lesson that builds on top of other pressing concerns that were already mounting – namely high population growth, the straining of the environment and growing income disparities.

To sustainably create smart cities that can help alleviate such challenges, cities must first reach a level of hyperconnected maturity. What degree of preparedness are Asian cities currently at in their hyperconnected city development?

What is a hyperconnected city?

Essentially, a hyperconnected city can unlock meaningful economic, business, and social values by leveraging technology to transform and securely interconnect critical areas of its urban ecosystem for its citizens. It goes beyond the more conventional concept of smart city development, as a hyperconnected city focuses on the application of technology, while connecting governments, businesses, academia and citizens to improve the delivery of smart services. It is via the alignment of all four components that cities can realize their fullest socio-economic and environmental benefits.

But how can we evaluate the strength of connections between the four components in a city, and what are these four components? According to the Building a Hyperconnected City report which we worked on in collaboration with ESI ThoughtLab, connectivity must be assessed by the following four pillars of city transformation: technology, data and analytics, cybersecurity, and connected citizens.

Based on the four pillars, we have identified that Asia-Pacific currently has 20 cities that can be classified as being hyperconnected. While each city has reached some level of connectivity between the pillars, they still vary according to their maturity stage.

The full technological embrace of IoT

Hyperconnected cities are widening their use of advanced technologies across their respective urban ecosystems. Currently, the above mentioned 20 cities are boosting this adoption by improving their IT infrastructure, data collection and analytics, telecommunications and mobility solutions to drive overall transformation.

One technology in particular is the Internet of Things (IoT) and its adoption by cities in Asia – both in developed and developing markets – aimed at sustaining urban growth, especially since populations are rising and more people are living in cities than ever before. Urban sustainability is crucial to creating healthy and safe places for people to live and work, and IoT can help cities make the best use of digital opportunities that can improve the usage of current (and future) urban infrastructure.

One instance of how this is happening is in Seoul, where the city has been deploying IoT-enabled sensors to measure traffic and air quality, and is looking to deploy 50,000 more IoT sensors by 2022 for city-wide operations. Down under in Australia, the city of Melbourne has turned itself into a testbed for emerging technologies – notably in the areas of IoT and 5G to realize new use cases in fields such as telehealth, intelligent transport systems, traffic management, and pollution.

These are just two examples of how hyperconnected cities are leveraging IoT in their urban transformation, but all the surveyed countries in Asia plan to accelerate their IoT development over the next three years. It is one of the top priorities for them, since IoT will be used to capture and generate actionable data to further improve urban management.

Hyperconnected cities use advancements like IoT to draw on a wide variety of data to provide value to urban stakeholders. This includes both traditional data, i.e., those gleaned from city departments, local businesses, and citizen surveys – to new types of data, i.e., from IoT sensors, artificial intelligence (AI), and even social media.

By synergistically using both advanced technologies and actionable data from multiple sources, hyperconnected cities can improve urban management and sustainability. For instance, most of the cities we surveyed are already using data to manage IT infrastructure and telecommunications, while half are using it for financial services and systems, mobility and transportation, as well as security (both physical and digital). Meanwhile, a third of them are using data for public safety, health, and wellness.

Tokyo is exemplifying how this is being done in Asia. As Japan’s capital city moves towards helping the nation realize its Society 5.0 ambitions, it is improving urban management in critical urban spots, with a particular focus on energy and environmental sustainability. The city – largely due to COVID-19 – is also preparing its society and economy for business continuity (during crises). In line with such efforts, data is being used to model grand designs and concepts of urban data infrastructure, which could then be used to launch pilot experiments in sustainability and urban management.

Jakarta – which contains Southeast Asia’s largest urban population – is also pushing for greater data collection throughout the city. It is doing so by focusing on real-time analysis, integration, and application of data for urban planning and management, especially in the areas of transportation and environmental sustainability.

Beyond addressing direct urban sustainability challenges, urban leaders are also pressed to make the best use of smart city investments to increase their ROIs. We believe that to be hyperconnected, a smart city must be one that is on track to generate tangible returns to realize business, economic, financial, societal, and environmental benefits.

However, cities must also understand which specific areas of investment can generate the greatest ROI. Based on research, governance projects are the ones offering cities the highest return across the main areas of an urban ecosystem. To illustrate, especially in the area of e-governance, cities that are just beginning to implement hyperconnected solutions see an average ROI of 2.6%, whereas leading cities, which have more mature implementations, see a 5.6% ROI on average. Conversely, it is no surprise that the hyperconnected cities in our survey are also the ones with the most e-services offerings and programs to positively impact the urban living experience. We observed that – as cities become more hyperconnected – the network effect multiplies the results.

Bangkok is one city that seeks to draw in more high-value investments via the national Thailand 4.0 roadmap. This includes improving urban infrastructure in terms of public services, transportation, and environmental management. The city also brought the country’s healthcare to the future when 5G-based telehealth services were rolled out during the early months of the pandemic. While its primary aim was to support overburdened front liners, and healthcare facilities, the move has also fostered innovation in the overall healthcare sector, which private healthcare stakeholders can leverage to cement their country’s regional leadership in the industry.

Investing more in smart city solutions to boost foreign direct investment (FDI) is also gaining traction in Asia’s emerging markets. For example, in Vietnam – already a leader in Asia’s 5G race – the country’s leading business hub of Ho Chi Minh City has already made 5G commercial networks available to industry. 5G is an important component for Vietnam’s continued economic growth and FDI in manufacturing, and its investments are starting to pay off.

We are now closer than ever to entering a world of smart and hyperconnected cities. However, urban leaders must exercise patience; they will be faced with integrating complex infrastructure, multiple platforms, the need for different types of data, and customized applications.

But more crucially – and this applies to all cities, no matter what stage they are at in their smart city development – urban leaders must ensure continued citizen and stakeholder support. Making a noticeable improvement in the lives of citizens is a fundamental element in the creation of any smart city roadmap.