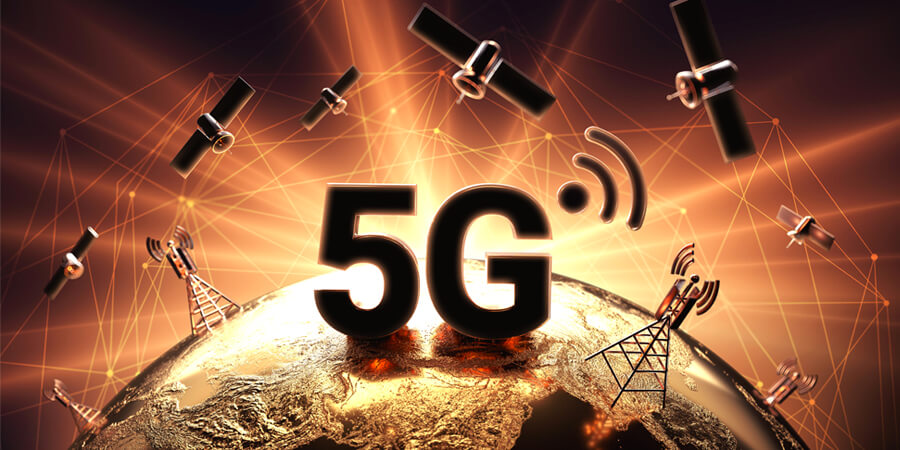 The development of 5G and its applications in the Internet of Things, where 1.8 billion active 5G connections are estimated by 2025, is generating greater interest in satellite solutions to fulfill the criteria of reduced network latency, increased data volume, and connection density. In areas where terrestrial networks are absent or found lacking, satellites can fill the gap to provide ubiquitous connectivity in an increasingly connected world.

Without a doubt, satellites are emerging as integral components in 5G networks to address the unprecedented surge in connectivity demand to ensure that consumers and enterprises have access to data anytime, anywhere. Advances in this field have also been rapid to keep up with the global digital evolution. Satellite connectivity, once synonymous with high costs and high latency, is now viewed in a new light with recent advancements. For instance, low earth orbit (LEO) constellations have gained momentum as a more cost-effective alternative to improve coverage area, improve quality and deliver low-latency connections, particularly for remote populations. Next-generation LEOs are launched to significantly increase bandwidth to benefit all rungs of societies.

To support intelligent 5G networks, satellite connectivity must be embraced to empower consumers, enterprises, and governments. For communications providers and mobile network operators, this means that satellite solutions are becoming important features to enhanced 5G networks to keep up with increased broadband demand. Satellites will complement terrestrial networks through traffic offloading, harnessing satellite’s multicasting or broadcasting functionality for new uses, enabling verticals such as smart mines, ports, and farms. It also opens up opportunities for the use of cloud in industries such as marine and offshore and fisheries, where activities are conducted predominantly in remote areas.

However, mobile network operators tend to place emphasis on 5G upgrades in highly-populated cities. Because of this, satellite-based broadband is critical to increasing the reach to often neglected, underserved populations in rural areas, where connectivity can close a digital divide already aggravated by the pandemic to raise overall digital inclusion levels.

In Asia Pacific, for instance, countries comprising tens of thousands of islands, such as Indonesia and the Philippines, are well-positioned to benefit from satellite as a viable and affordable alternative to connect the country and underserved geographies, as opposed to incurring high economic costs from building terrestrial network infrastructure.

In the industry, some providers are primarily focused on providing 5G services to smartphone users – serving as mobile roaming partners to offer connections to hard-to-reach precincts. In view of this, 3GPP is currently looking into introducing non-terrestrial networks in 5G standards, to be published in the 3GPP Release 17 in 2022. This could signal new collaboration opportunities between mobile network operators and satellite operators in the near future.

As countries accelerate digitalisation ambitions, connectivity will become the new driver of economic growth and social cohesion. Citing Indonesia as an example, where its digital economy is predicted to triple to US$124 billion by 2025, the government is already looking into launching its largest telecommunications satellite in the near future. Clearly, the rise of satellites can be transformative. It is the vision of many for the region to witness faster digitalisation and stronger economies.