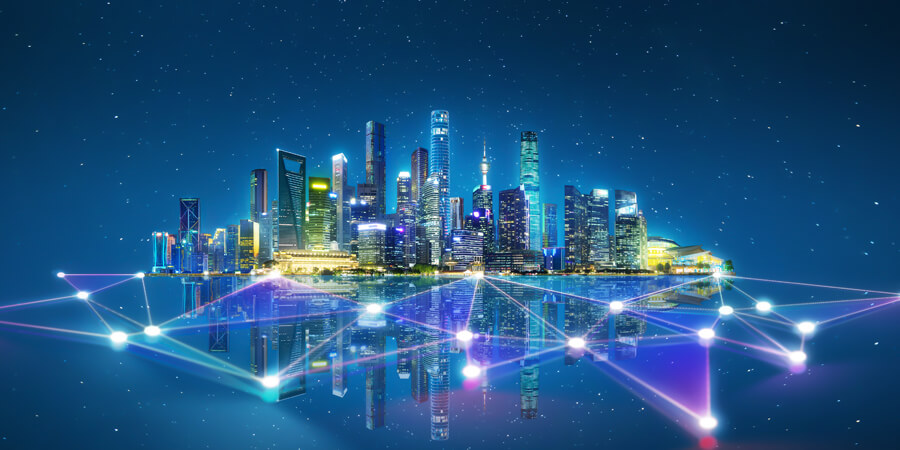 The global smart cities market was valued at US$334.2 billion in 2018 and is estimated to reach a value of US$1,359.8 billion by 2027, according to research firm Coherent Market Insights. This represents a CAGR of 16.3% between 2017 and 2027 and a sizeable market that holds vast potential.

By 2025, UBS forecasts that fast-growing Asia would reach US$800 billion by 2025, accounting for 40% of global smart city spending. Of which, China would lead in spending, estimated to reach US$320 billion.

While the pandemic has revealed vulnerabilities and tested countries’ digital readiness, it has also served as the impetus for transformation on every level – personal, enterprise and societal.

Home to over half of the world’s megacities, Asia is making great strides to transform. There is now a consensus to build resilient and sustainable future cities that amplify technology and innovation to benefit its citizens.

According to Juniper Research, Shanghai is ranked the world’s leading smart city for 2022, out of 50 cities worldwide, after taking into consideration aspects including energy and lighting, city management, technology and urban connectivity, and transportation and infrastructure. Shanghai is followed by Seoul, Barcelona, Beijing and New York.

One of the reasons Shanghai outpaced other cities is its Citizen Cloud, a centralized platform that connects residents to more than a thousand services including education, tourism, culture and assistance for elderly citizens.

In Seoul, the city’s Hopeful Seoul Monitoring System prevents traffic congestion by monitoring vehicle and pedestrian traffic. It also comprises a free public bicycle program and public transport services. This is just one of many smart systems in the city. The government will be investing another US$291.4 million to digitalize the city. Of which, about one-third would be allotted into smart city projects to improve civic services.

Given the huge economic value and revenue potential for smart cities in Asia, investors are raking in on opportunities to lead in this transformation.

Microsoft for instance, has invested millions to spearhead smart cities initiatives. This includes improving governments’ ability to collaborate and share information across agencies and addressing challenges faced by the elderly, or those who are visually or physically impaired. Bill Gates even made headlines when he purchased 24,800 acres of land in Arizona to build a smart city from scratch.

In Asia, countries including Singapore, Malaysia, Thailand and Indonesia have embarked on smart city roadmaps as part of their national objectives to drive the economy.

A key smart nation in the region, Singapore has made significant leaps since its smart nation plan was first launched in 2014. This year, government agency JTC and South Korean automaker Hyundai recently partnered to deliver smart mobility solutions such as electric and autonomous vehicles to the country’s industrial and business parks.

Telecom operators are key enablers of global smart cities. By building on new infrastructure, operators can reposition themselves to become strategic partners to deliver new solutions and services in this transition.

They can take advantage of their existing branding and presence to provide a platform for the wider community. In this new landscape, operators can explore becoming a central hub that manages and monitor assets, such as public safety, healthcare, transportation and utilities, in real-time. This way, operators tap on their inherent capability to provide connectivity to serve as managed service providers for smart cities. In China for instance, digital service providers play a pivotal role in rolling out digital government solutions and e-government infrastructure.

Operators can also learn to make use of its data to provide private entities with customizable business insights as they navigate a changing and digitalizing urban environment. Essentially, operators play an important front-line role to push ahead smart city initiatives to profoundly improve living standards.