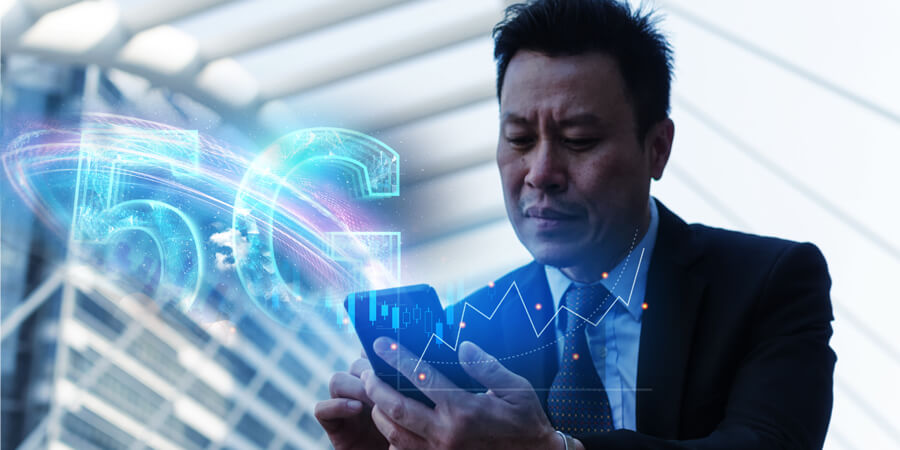 Home to some mature 5G countries, as well as countries that have yet to formally roll out, Asia Pacific understandably offers a mix in terms of overall 5G experiences, connections, and speeds.

Notwithstanding, South Korea offers the best 5G games experience globally, followed by the Netherlands. South Korea reports the best 5G voice app experience, trailed by Indonesia and Taiwan, in second and third place, respectively. In South Korea, smartphone users can access 5G in almost two-thirds of locations they visit, with users spending roughly 30.7% of their time with an active 5G connection.

However, spectrum holdings in the country currently do not include key 5G bands, forcing operators to rely on less supported bands. Three operators, namely Indosat, Telkomsel, and Axiata XL, have launched 5G in major cities around the country in mid-2021, with 5G download speeds reaching 69.3 Mbps, hence placing Indonesia tenth in the region. Compared to other markets such as Australia; Singapore; Japan; Thailand; and the Philippines, Indonesia is clearly still in the infancy stage of 5G connections, with much room for improvement as operators ramp up on 5G services. In a recent report, the GSMA recommends that policy-makers allocate the entire 700 MHz band IMT to meet the future growth of 5G.

Following South Korea, Taiwan claims the second spot for 5G download speeds in the region, with speeds reaching 263.1 Mbps. According to Opensignal, Taiwan tops the region for 5G video experience, with a score of 83 on a 100-point scale, marginally ahead of South Korea with a lower score of 80.3.

The Philippines secures the top spot for the greatest uplift between the 4G and 5G mobile network experience, with users in the country experiencing average 5G download speeds that are 8.9 times faster. This is followed by Thailand.

5G adoption is growing rapidly in the Philippines. According to Viavi Solutions, the Philippines ranks third globally with the majority of 5G cities, falling behind China and the United States with 356 and 296 5G cities, respectively.

Thailand ranked second on the chart for the greatest uplift between the 4G and 5G mobile network experience, with users in the country experiencing average 5G download speeds that are 7.5 times faster. Comparatively, Taiwan, South Korea, New Zealand, and Singapore saw download speeds of 7.2, 6.3, 6.0, and 4.0 times faster.

In Thailand, all operators have been using 700 MHz spectrum to broaden 5G coverage, which has helped given Thailand 5G when compared to countries such as Singapore and New Zealand. 5G deployment is underway; however, at differing paces throughout the region. As a result, 5G experiences and speeds vary widely.

Even as 5G adoption widens, 4G will continue to co-exist in many of the countries well into the 2030s. In the Asia Pacific, where countries such as Cambodia, Pakistan, and Bangladesh have over half of all subscribers on 2G or 3G mobile networks, favorable policy-making and spectrum planning are important to facilitate a gradual transition to 5G. While some countries including South Korea, Japan, China, and Taiwan have progressed well in their 5G journeys, India; Vietnam; and Malaysia are lagging behind and need to play catch up.

Comprehensive government policies towards 5G must be enhanced and much needs to be done to close up on gaps with 5G forerunners in the regions as they make the “5G leap” in the coming years.