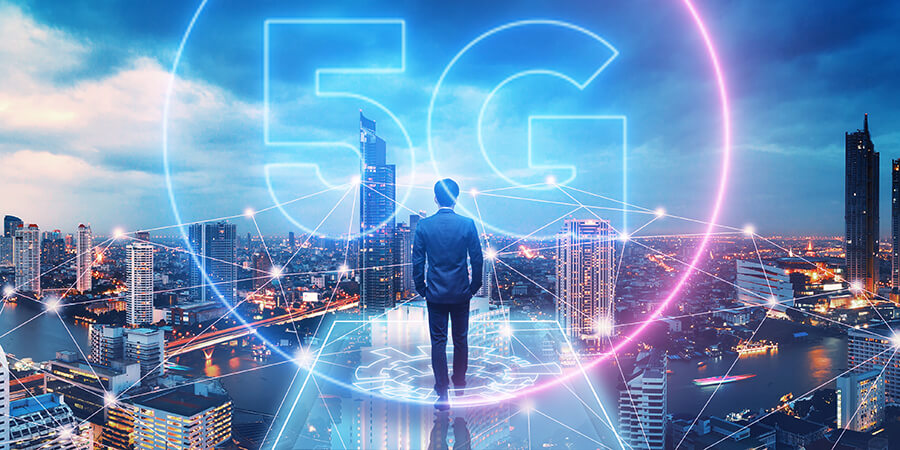 As a region, Asia Pacific is poised to become the fast-growing in terms of 5G adoption. Representing two-thirds of the global population, GSMA reports that 5G mobile connections will grow by about 150 million to reach 1,789 million subscribers in 2025. Of which, South Asia will account for the largest growth.

During this time, GSMA reports that 4G will remain the dominant technology in the region, while 5G takes off, propelled by national digital strategies that have identified digital transformation as a key pillar for economic growth. For instance, Indonesia has launched the Indonesia Digital Roadmap for 2021 to 2024.

The Bangladesh Telecommunication Regulatory Commission (BTRC) for instance, is preparing to launch 5G after holding its auction for licenses in 2.3 GHz and 2.6 GHz bands in April 2022. In India, spectrum auctions will be held in late July, with spectrum to be allocated not only for telecom operators Reliance Jio, Airtel and Vodafone Idea, but also for private networks to enable enterprise 5G to address demands in Industry 4.0 applications.

Also gearing up for 5G momentum after months of tussle, six of Malaysia’s telecom operators have finally reached a consensus with stated-owed Digital Nasional Bhd (DNB) to collectively own a 70% equity stake in the country’s 5G network infrastructure. As part of the nation’s digital ambitions, Malaysia plans to extend 5G nationwide to 80% in populated precincts by 2024. In Thailand, the Digital Economy Promotion Agency (DEPA) has recently established the Thailand 5G Alliance to promote commercial 5G use and grow the country’s 5G ecosystem, aimed to elevate Thailand to become a digital hub for ASEAN.

According to Frost & Sullivan, 5G revenue in the region is expected to grow from $2.13 billion in 2020 to $23.89 billion in 2025, representing a 62.2% CAGR, attributed by accelerated 5G connectivity. Network slicing will play a big part in growing 5G capabilities and delivering 5G services for enterprises.

A notable trend is the rise of 5G private networks to ensure enhanced security and control, especially critical in growing smart factories and furthering Industry 4.0. In Southeast Asia, 5G private networks are expected to grow from $83.35 million in 2021 to $1,93 billion by 2030, at a CAGR of 41.9%, based on an analysis by Allied Market Research. In the region, mobile operators have embarked on commercial 5G private networks to capture new market opportunities created by growing demands for low latency, high-speed connectivity, as well as increased usage of artificial intelligence and other smart connected devices. In 2020, Indonesia contributed the highest market share in terms of revenue, accounting for 40% of Southeast Asia’s private 5G market. Being the fast-growing digital economy, Indonesia is projected to maintain its lead in the private 5G market until 2030, with Malaysia forecasted to report the largest CAGR of 48.6% during this period.

In Malaysia, for instance, Cisco will be partnering with Telekom Malaysia to build a 5G-as-a-service center to springboard 5G adoption and develop proof of concepts for enterprises and vertical industries to help them gain strategic and competitive advantages. This is in line with the country’s digital goals to grow 5G adoption among Malaysia’s SMEs to positively impact the digital landscape.

A growing trend in the past couple of years, some operators are offloading towers to raise capital for high-cost 5G investments. For instance, PLDT in the Philippines has received six bids to sell off half of its mobile towers, amounting to 6,000 towers. In Singapore, Singtel sold off 70% sale of Australia Tower Network, a wholly-owned subsidiary that operates Optus, to raise funds for 5G rollout and growth. Elsewhere, New Zealand’s Spark finalized a deal to sell 70% stakes in its tower business to raise $900 million.

In Australia, Telstra and TPG have struck a network sharing deal over 10 years to share RAN for both 4G and 5G services. This has since been hotly contested by Optus, as well as Commpete, a telco industry alliance that advocates greater industry competition, with claims by Commpete that the agreement can be perceived to be a merger of sort. As of the end of June 2022, Telstra is Australia’s incumbent with a 5G network that covers about 80% of Australia’s population.

Regarding the adoption of 5G mobile services, Moodys’ revealed in a report that its adoption will be uneven across the region, with 5G frontrunners including China, South Korea, Australia and Japan forging ahead in their 5G pursuits, and pioneer 5G markets able to boost revenue with the launch of 5G services. In China, the country’s fourth carrier, China Broadnet debuted 5G mobile services in June 2022 after being granted a 5G commercial license by the Ministry of Industry and Information Technology.