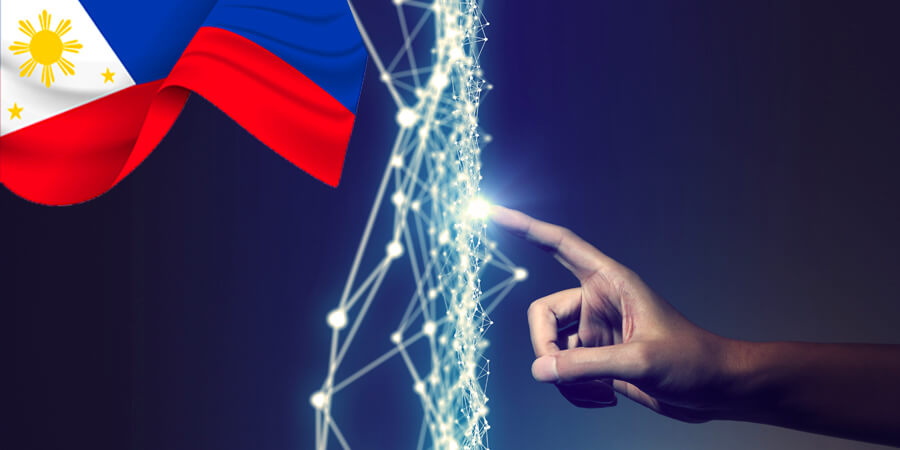 In the next three years, 5G connections across the globe will reach 400 million, according to a recent study by the Global Systems of Mobile Communications Association (GSMA).

Its Mobile Economy Asia Pacific 2022 report suggests that 148 million of these connections will include the Asia Pacific, with 333 million new mobile internet users in the region.

While among the countries that are still lagging behind its regional neighbors in terms of fast internet connectivity, the Philippines is now gearing up for large-scale projects supporting what its new leader envisions to be a Digital Philippines.

Most recent data provided by GSMA indicates that the Philippines has been advancing on 5G technology compared to its regional neighbors. Using Speedtest Intelligence data, Singapore stood ahead of its regional neighbors on median 5G upload speeds, recording 246.01 in the first quarter of this year, while the Philippines logged a median download speed of 163.51 Mbps. It also showed that LTE performance in the country has improved, from 11.15 Mbps in the first quarter of 2021 to 15.53 Mbps in the same period of 2022.

Despite the improvements in internet connectivity, the country still sees some crucial challenges, including the growing digital divide among Filipinos.

In light of the recent political transition in the country, how does it plan to bridge this gap as it moves forward towards a more innovative future?

During his first State of the Nation Address, Philippine President Ferdinand Marcos Jr. stressed his goal to digitalize the country including government processes, as well as to enable universal connectivity. These are part of his plans to boost the development of the digital economy as a way to stimulate economic recovery from the pandemic.

Latest data from Statista.com shows that, as of February this year, the Philippines has 79.6 million internet users, a 72.7% internet users penetration.

The President stated in his speech, “As the world moves into rapid digitalization, the digital divide will be more pronounced. The depth and breadth at which these technologies will be transformative in our lives is fully expected.”

He said that he sought the help of the country’s ICT chief to deploy digital connectivity across various islands in the country.

In response, DICT Secretary Ivan John Uy told a local news agency that areas underserved by telecoms companies will be covered by a satellite-based internet to be provided by SpaceX’s Starlink, with availability expected by the end of this year.

President Marcos further noted, “All relevant modes of digital transport should be utilized. These may be through a combination of terrestrial or submarine fiber optics, wireless, and even satellite technology.”

Marcos added that they will address connectivity challenges by implementing two of the government’s priority measures, including the common tower plan that will allow telecom and internet service providers to share towers. And another is the National Broadband Plan that aims to fast-track the development of the Philippines’ network infrastructure.

He said that the Philippines cannot just “stand idly by” amid the scale and speed at which all these technological changes are happening across the globe.

President Marcos’ plans were welcomed by major telecom operators and those from the information and communications technology (ICT) sector, who have expressed their support and commitment to the new administration’s goal to have a more innovative and technologically advanced economy.

Among them is the PLDT Group, who expressed their willingness to cooperate with the President’s roadmap towards economic growth. In a statement, PLDT and Smart President and CEO Alfredo S. Panlilio said, "We support the government's thrust to connect our countrymen and make sure that no Filipino is left behind as the world becomes more digital."

He added, "We are also prepared to assist in the government’s digitalization efforts, empowering its vision of an agile bureaucracy that is responsive to the needs of the public."

With President Marcos’ aim to employ digital solutions in order to streamline public services across government agencies nationwide, PLDT Group also said that it has continued to broaden the reach and capacity of its fiber infrastructure, which now allows its fiber-to-the-home services to be extended to upland areas in the country.

The company affirmed its support of the government’s goal to digitalize government processes and deliver universal connectivity nationwide.

Globe’s President and CEO, Ernest Cu said, “The administration can count on the universe of Globe’s digital solutions– from new technologies our core telco business offers to our portfolio companies in fintech healthtech, edutech and more– to provide innovative services to make its digitalization and connectivity goals a reality.”

The CEO and Co-Founder of Converge ICT Solutions also pledged support to the government’s plans for universal connectivity. Dennis Uy said in his statement, “We’re pleased that the new administration is prioritizing universal connectivity, especially at this critical time when digitalization is at the heart of everything that we do. Converge is supportive of this initiative, as we push for digital democracy in the Philippines.”

Converge boasts its nationwide rollout of fiber network, which has now reached 12 million homes as of the first four months of this year. As of March, 645,000 fiber ports were installed in the country.