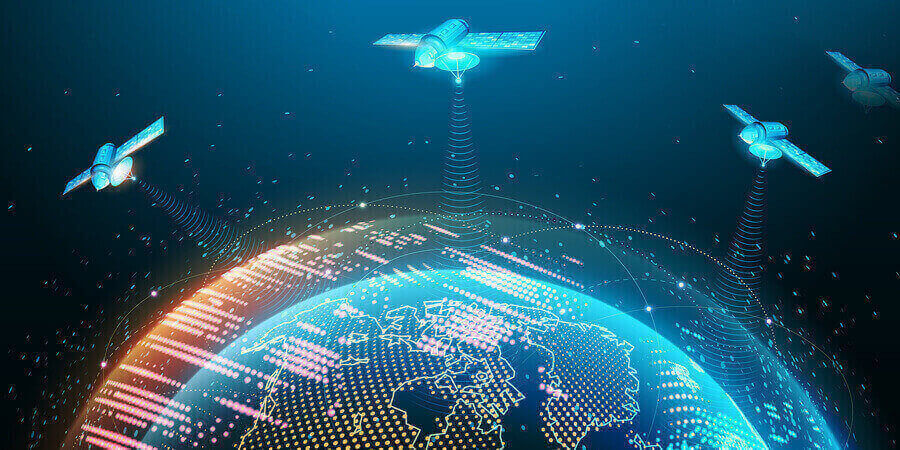 The Philippines will soon have the first satellite-based internet connectivity in the country as SpaceX’s Starlink is set to be up and running by the end of this year.

Starlink is a satellite internet constellation under Elon Musk’s SpaceX, offering satellite Internet access coverage to 40 countries, and aims to expand globally. It features speeds of up to 200 Mbps and latency as low as 20ms for residential use.

In July, the company announced that Starlink Internet Services Philippines Inc. will already be available in the country, the first in Southeast Asia to be welcoming what is dubbed Starlink Technology.

The Philippine government said they welcome this latest industry development as this will help enhance connectivity nationwide. The Department of Information and Communications Technology (DICT) secretary joined SpaceX representatives in Manila during the announcement of SpaceX’s rollout.

The country’s ICT chief, Ivan John Uy, said that SpaceX stands by its commitment to provide satellite internet access to remote areas in the country. “The DICT is closely following the directives of President Ferdinand Marcos Jr., that is to provide digital connectivity across the many islands of the Philippines by building the country’s digital infrastructure, that will also lead to effective e-governance.”

He added, “This will bridge the digital divide in the country especially in an archipelagic country like the Philippines where laying fiber cables or establishing cell towers in mountainous areas can be challenging.”

According to a report by DataReportal, the Philippines’ internet penetration rate reached 68%, or about 76 million internet users.

There are currently three major internet services providers in the Philippines, including those operated by two telecommunication giants, PLDT and Globe. But with many areas in the country still unserved or underserved, demand for internet connectivity continues to increase.

From this year into the next, the DICT aims to speed up the deployment of internet infrastructure to connect several regions in the country. The plan also includes building cell towers and hi-throughput satellites servicing certain provinces.

And with the introduction of satellite technology in the country, officials say that this will serve as a solution to connectivity challenges.

Starlink is expected to connect rural and remote areas where there’s unstable or completely unavailable connectivity. Through this development, DICT said Filipinos from far-off areas can have better access to education, health services and online banking, among other digital needs.

And to ensure that people in these geographically isolated and disadvantaged areas get to access the internet, the government also said they may start the free rollout of Starlink-powered internet hubs by the first quarter of next year.

Moreover, satellite technology will also be ideal for those countries prone to natural disasters like the Philippines. Based on the company’s experience in 40 countries since it began operation in October 2020, SpaceX Government Affairs Senior Manager Rebecca Hunter said that Starlink’s technology has withstood “all sorts of inclement weather,” including heavy rains and cloudy weather.

How is Satellite Technology Changing the Local Telecom Industry

Since SpaceX unveiled its plans to launch its services in the Philippines, several other satellite internet services providers have also followed suit.

One of the largest telecom firms in the country, Globe, announced in April that it partnered with AST SpaceMobile Inc. to deliver the first satellite broadband service directly to standard mobile phones in the country. The company said this is part of its expansion to improve such service across the nation     .

Its major competitor, PLDT also boasts that it has completed successful testing of high-speed broadband connectivity with Canada’s Telesat’s Phase 1 Low Earth Orbit satellite. This test allows opportunities for the telecom operator and its wireless unit, Smart, to use innovations in the satellite industry to expand      high-speed mobile and Internet services to more hard-to-reach communities.

The Head of Technology at PLDT and Smart, Mario Tamayo, said in a statement, "This year, with our successful test with Telesat, we are a step closer to bringing satellite connectivity innovations and services to businesses and homes in the deepest rural and remote areas of the country."

The Smart wireless unit has also collaborated with US-based AST SpaceMobile and is scheduled to test space-based cellular broadband technology.

The third telecom player in the Philippines, DITO Telecommunity, recently announced that it is      also planning to deploy satellite technology in a bid to expand its coverage, especially to those underserved areas.

Local media reported that the company was already in talks with prospective satellite service operators to achieve this goal.

A report by local media, Business World, also suggested that the local telecommunications regulator is expecting more foreign satellite broadband providers to enter the market. However, no further details were revealed.

In 2019, the Asian Development Bank signed a deal to provide a $50 million financing package to      Kacific to deliver satellite-based, low-cost, high-speed, wholesale broadband internet connections to the Philippines and other countries in Asia and the Pacific.

As to whether or not satellite technology is a threat to existing telecom service providers in the country, PLDT Group’s President and CEO, Al Panlilio, doesn’t think so. During a stockholder’s meeting last June, he said that they welcome new technologies, including satellite, as these would enable wider reach, including to remote communities.

SpaceX Executive Rebecca Hunter, in concurrence, said that Starlink will not compete with the country’s telecom operators, but instead will fill in the gaps particularly in the unserved and underserved areas in the country to further expand connectivity.