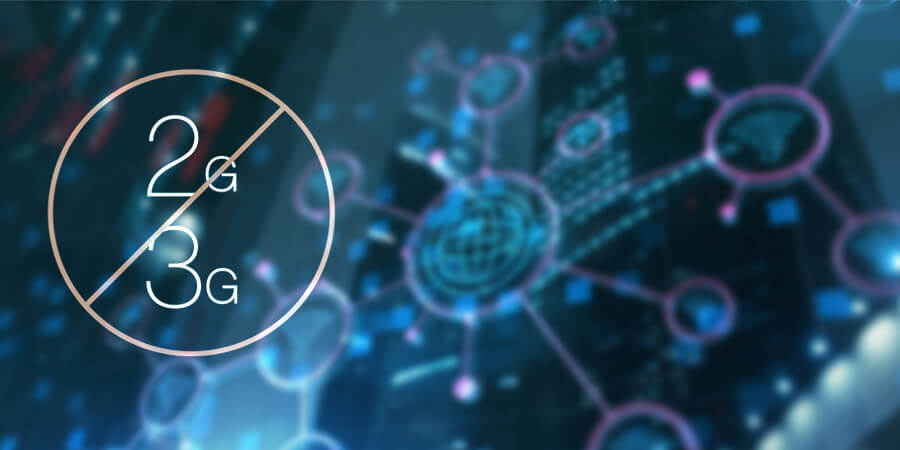 Increasingly, mobile operators are decommissioning 2G and 3G to make way for 4G, 5G and the future of connectivity.

In Europe, where this transition is most prominent, Orange is one of the latest operators to adopt the trend, announcing earlier this year that legacy 2G and 3G will be gradually phased out from 2025 to 2030. The mobile operator had said that doing so will allow it to optimize its management of networks and upgrade its infrastructure to facilitate the growing adoption of 4G and 5G. Orange noted that radio frequencies used for 2G and 3G will be used to enhance the overall capacity and coverage of 4G and 5G networks, thus creating improved user experiences.

After Europe, Asia is another region that is leading this change. According to the latest findings from the Global mobile Suppliers Association (GSA), Europe and Asia are spearheading this trend, with Europe accounting for 63% of all switch-offs and second-place Asia responsible for 23% of all 2G and 3G network switch-offs. Both are followed by North America. Globally, 75 operators in 42 countries have completed or are planning the sunsetting of 2G, while 23 operators in 14 countries have already completed this process. Similarly, 74 operators have completed or are sunsetting 3G in the pipeline, with 26 operators having already done so. The finding noted that the peak year for 2G and 3G decommissioning will be 2025.

Regarding this finding, Joe Barrett, president of the GSA, opined that 2G and 3G were highly important innovations when they were first introduced, but as greater technological advances have emerged, their importance has since waned, and usage of both technologies is now diminishing worldwide.

In Asia, NTT Docomo was the first to switch off 2G in 2011. The following year, South Korean operators followed suit. More than a decade later, countries like Singapore and Taiwan have already completely decommissioned 2G and/or 3G.

Currently, Indonesia is aiming to soon decommission 3G in order to focus the country’s resources on 4G and 5G coverage. The Indonesia Ministry of Communications and Information, KemKominfo, has urged operators to “unwind 3G offerings”. The phasing out of 3G takes priority over the decommissioning of 2G as the former will be superseded by more effective 4G and 5G, while the latter is primarily used for voice communications.

This year, Telkomsel has since commenced the shutdown of its 3G networks in East Jakarta, following the expansion of 4G networks in this area, as well as other parts of Jakarta. To support this switchover and allow customers to instantly switch to 4G services, the operator has partnered with vendors to launch 4G products at affordable prices.

Similarly, Airtel Lanka embarked on a process in June to discontinue 3G networks in order to free spectrum for 4G usage. Airtel is given 15 months to make this transition and convert its 3G customers to 4G, as granted by the local authorities.

In Malaysia, plans are underway for 3G networks to shut down by the end of the year, as commissioned by the Malaysian Communications and Multimedia Commission. As some parts of the country face 4G network issues with poor or no 4G coverage, the industry is time-pressed to improve and expand 4G networks to meet their projected timeline of switching off 3G in order to focus on 4G and 5G services.

In Australia, 3G networks are slowly being phased out by Telstra, Optus and Vodafone. Telstra has committed to switching off all 3G by June 2024, while Optus and Vodafone are, in the meantime, still operating on 3G for select spectrums. Meanwhile in India, where 4G services are quite readily available, and 5G is still in the pipeline, 2G continues to dominate, as millions still do not possess a smartphone and rely on 2G services for voice communications.

Worldwide, operators are divided on their approach toward 2G and 3G. While some have shut down 2G and are now focusing on terminating 3G (such as in the US), others are doing the opposite. For instance, Dutch operator KPN switched off 3G earlier this year but intends to maintain 2G until 2025. And in Africa, unaffordable 4G devices have led to the continued use of 2G mobile devices for basic connectivity.

In one of the latest moves, SmarTone will terminate its 2G services on 14 October, as market demand for 2G services has been declining. The company revealed that as of April 2022, the number of SmarTone customers using 2G handsets or devices only accounts for less than 0.1% of its customer base. With this new development, current spectrum resources will be utilized for 4G and 5G networks to deliver better network experiences to customers.

Regardless of the approach taken by governments and operators, there is a unanimous desire to grow 4G and 5G penetration and usher in a new generation of mobile connectivity.