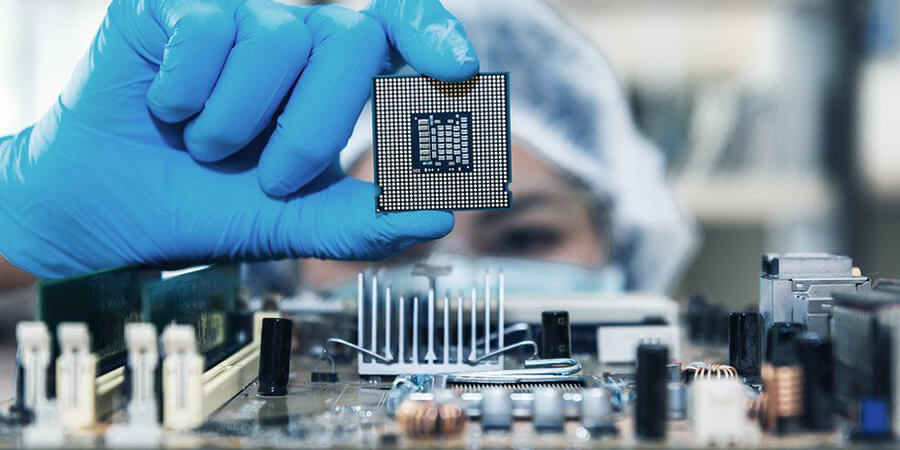 The supply chain dilemma has impacted every aspect of technology. There are a vast number of industries that count on chips nowadays, and undoubtedly, the telecom industry is one of them. However, since COVID-19 swept the globe, these sectors have had to contend with a number of difficulties, including a global chip scarcity that may last until 2023, according to studies.

In the early 1970s, when the telecommunications sector first began to use chips, engineers Hodges and Gray merged analog and digital signal processing into a single MOS mixed-signal integrated circuit. Ever since, almost every electrical gadget and piece of equipment has been using chips, and all have recently been impacted as the demand for these chips outpaced the supply.

The Federal Communications Commission (FCC) has received warnings about a persistent global shortage of semiconductors that might hamper network installations and make it more difficult for them to meet important standards for a number of political programs. The shortage has a negative effect on almost every aspect of the industry, according to the Telecommunications Industry Association (TIA), hampering the equipment and services as well as telecommunications facilities.

The continued good functioning of a lot of telecommunications equipment depends on these chips, and in view of chip scarcity, a lot of associated products and services will be affected, as per Carritech. Moreover, production lines have shifted as a result of the United States’ sanctions on Chinese manufacturers. For example, networks using Huawei equipment have realized that they have been placed in a tricky position where they have had to decide whether to keep using the equipment, stockpile it if they can or switch to equipment from a new supplier. Large IT firms have asserted that this condition could cost the telecom industry billions in revenue.

According to GlobalData, China accounts for more than 30% of the semiconductor market in Asia. In light of recent events involving chip shortages, the US has recently approved a bill to provide $52.7 billion to enhance its own semiconductor production in an effort to boost competitiveness with China. However, the situation has actually worsened in response to this effort to support the semiconductor sector, the exact opposite of what was intended. According to analysts, East Asia’s China, Japan, South Korea and Taiwan are the top producers of semiconductor chips worldwide, with the West's market share progressively dropping since 2021. The US, a nation that was for many years the unchallenged captain in the semiconductor sector, is now falling behind in this field and is seeking to reduce its reliance on Taiwan.

The world's largest semiconductor market is in China, which uses more than half of all semiconductors each year, both for domestic consumption and potential export. As a result, the demand in the country is growing quickly, which is good for the overall business globally. However, in telecommunications, as per a recent study, approximately 27% of the initial round of portable computer servers that China Mobile has bought for the years 2021–2022 – particularly those built by Huawei and the Chinese tech company Hygon – are powered by local semiconductors. China Telecom recently released a statement mentioning that they have bought 53,401 servers driven by domestic processors for the years 2022–2023. Compared to the 24,823 domestic servers they bought in the 2020–21 timeframe, this represents a huge rise.

China's Huawei, one of the top smartphone manufacturers, is now engaging with local chipmakers. In 2019, Huawei was denied access to American technologies and the world's chip industry. According to insiders, the objective was to construct manufacturing operations without U.S. intervention. There is currently no evidence that Huawei has shares in these manufacturing firms. It has recently invested in a variety of businesses that deal with chips, notably 15 in the last year.

Furthermore, in August, assessments by the Indian Cellular and Electronics Association (ICEA), which includes both local and foreign manufacturers, said that manufacturing facilities in Taiwan supply more than 75% of the chips required for mobile devices built in India.

In response to the ongoing global chip shortages in recent years, South Korean legislators enacted the Special Act to Protect and Foster National High-Tech Strategic Industry on August 4, 2022. According to the act, companies attempting to use strategic technology in strategic industries may benefit from future filings for tax reductions or exemptions associated with promoting innovation and investment in strategic industries. According to its president, South Korea is attempting to increase supply chain stability and assets in order to stay on top of the industry. By 2030, the country aims to increase its recent domestic procurement of 30% to 50% of its supplies, parts and apparatus used in semiconductor manufacture.

Despite their scarcity, chips are in high demand in the telecommunications sector due to the latest technological trends such as the Internet of Things (IoT), 5G and smartphones, and particularly because the sector is undergoing a digital transformation journey. According to Ernst & Young (EY), the industry is seeing an unprecedented amount of fragmentation and patterns pointing toward substantially greater semiconductor consumption because of each industry’s necessitating various functions and technologies. Digitalization and technologies are always evolving, and although there may be issues along the way, the impact of these two has the ability to address the aforementioned problems.

For many years, Asia-Pacific has been developing semiconductors, and in order for the US and other rival nations to outplay China and Japan, they may face a difficult journey. Indeed, the human brain created chip capabilities to advance digitization and technology. Seeing the shortage that is happening nowadays, the resolution of this problem might take some time. However, several manufacturers are already starting to develop solutions that improve both chip demand and supply.