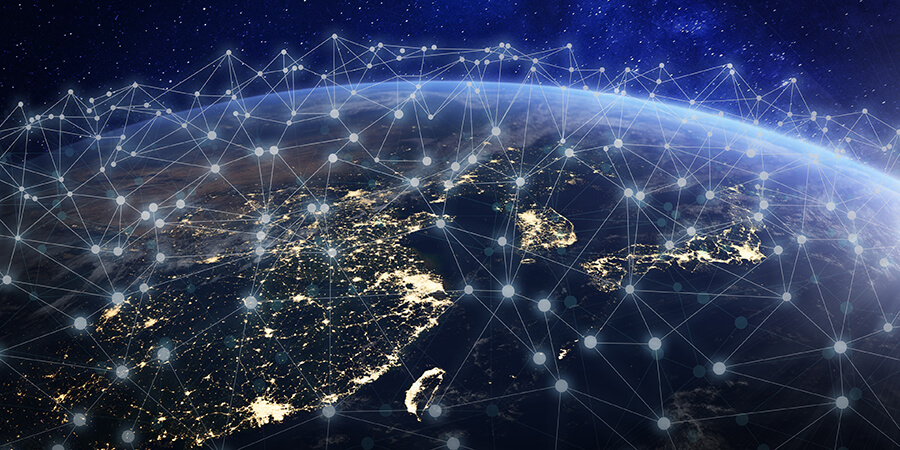 The race to 5G continues amid its fast-growing deployments across the globe. It has developed two years faster than 4G since it was launched.

5G is considered to be the foundation of a wide array of technological innovations such as AI, smart cities, autonomous vehicles and the Internet of Things, among others.

In a study by S&P Global, titled Telecoms World Asia 2022: Opportunities for FWA in Asia-Pacific, it indicates that the development of 5G has also changed the way fixed wireless access (FWA) is being deployed in rural areas, “with operators loosening their pockets to acquire large swathes of new spectrum      and with government support as 5G became a national endeavor for many governments.”

Between July and September of this year, an increase of about 110 million subscriptions was recorded from across the globe, bringing the total to about 870 million.

According to the report, major service providers in the world’s top 5G markets, including mainland China, Taiwan and South Korea, have posted positive outcomes of 5G subscribers on service revenues and average revenue per user.

In China, the government is scaling up its 5G deployment, instructing the country’s three major operators to step up its 5G network construction.

And as 5G is now the new global wireless standard, service providers in emerging markets in Southeast Asia are also planning to replace earlier generations of cellular technology, such as 2G and 3G services, in order to improve the spectrum for 4G and 5G networks.

Now that governments in Asia are either starting or ramping up their digitalization plans, the development of 5G has also been among their strategies for achieving a dynamic digital economy.

Before 2022 ends, here’s how some Asian markets have continued to roll out their 5G deployments.

China boasts of having the world's largest 5G and optical fiber networks. The country has also seen stable development in the deployment of 5G base stations.

Official data suggests that 5G network development in the country has continued to expand. By the end of October 2022, the number of base stations was already at 2.25 million, an increase of 825,000 compared to the end of the previous year.

In the financial hub of Shanghai alone, 68,000 5G base stations were deployed during the 10-month period.

And in rural areas of the country, the government is planning to build more 5G networks year by year.

The Chinese government also announced in November that it awarded the first private 5G network license to the Commercial Aircraft Corp. of China for 5G connectivity in its plants. This move follows the country’s broader drive to expand the application of 5G plus industrial internet.

Officials had also earlier announced plans to expand its 5G network coverage to all cities and towns by 2025.

5G is among the keys to facilitating and advancing the digital transformation of both consumers and enterprises in Japan.

Since its three largest telecom operators successfully launched commercial 5G services in 2020, the rate of 5G network coverage in the country has remained below 40%.

On the other hand, 5G subscriptions in Japan have grown since its rollout and had stood at over 45 million subscriptions by March 2022.

The country’s prime minister had earlier announced the government’s goal of expanding the 5G network coverage to 99% of the population by the end of 2030.

5G development in South Korea, one of the 5G pioneers and fastest-adopting countries. Total 5G subscribers in the country reached 24.53 million in August 2022, making up 32.7% of total mobile subscriptions nationwide.

The three telecom firms were required to deploy 15,000 base stations each for the 28-gigahertz 5G network by 2021.

The Ministry also announced in November the assessment result on the fulfillment of 5G spectrum license requirement condition in 2018.

Park Yun Kyu, vice minister of Science and ICT, said in a statement, “Moving forward, the government will encourage new carrier operators to enter the sector, while also boosting competition among the existing carrier operators by, for instance, giving the rights over the spectrum to only one operator, to promote 5G mobile telecom services.”

As the first country to have reached 95% 5G coverage, Singapore is now well on its way to becoming a global smart city.

In July, Singtel announced that its 5G rollout now covers 95% of outdoor locations across the country.

All three telecom operators in the city-state have rolled out 5G standalone (SA) networks and are now geared towards the development of advanced services for enterprises, with support from the public sector.

Since it started to introduce 5G, the government has been considering six strategic clusters where 5G can deliver opportunities, including, maritime operations, urban mobility, smart estates, Industry 4.0, consumer applications and government applications.

Singapore’s Infocomm Media Development Authority also announced in December that it will target full 5G SA coverage over the anchorages, fairways, terminals and boarding grounds across the city-state by mid-2025. And 5G coverage in its current port waters will help power the launch of Singapore’s 5G maritime testbed dubbed as [email protected] It is expected to be the first and largest public 5G maritime testbed to trial, modernize and commercialize 5G maritime use cases over the next decade.

Amid the wide availability of 5G SA services being delivered in the 3.5 GHz spectrum, a range of mobile offerings are being made available to further promote 5G applications to users, such as bundles with video streaming and cloud gaming services.

Thailand has shown to be one of those leading the digital adoption in Southeast Asia, and among the first to introduce 5G in the region.

Local telecom providers have rapidly rolled out 5G coverage nationwide, which has now reached 80% of the total population. An estimated 7.3 million subscribers of two major telecom operators were onboarded to 5G by the second half of 2022. And their revenue has remarkably increased, thanks to the 5G development in the country.

In a speech during the Global Mobile Broadband Forum in Thailand in October, Tanaphon Manavutiveth, co-group chief commercial officer, True Corporation, said that by the end of 2022, they expect 5G coverage to reach 85% of the country’s population and achieve 10 million 5G subscribers.

Data analytics and consulting firm GlobalData forecasts that the total mobile service revenue in Thailand is set to increase at a compound annual growth rate (CAGR) of 4.9% from $8.5 billion in 2022 to $10.8 billion in 2027, mainly supported by an increase in 5G subscriptions and rising data average revenue per user.

Malaysia continues its rapid 5G rollout as the government aims to have its 5G network coverage reach more than 14 million people by the end of 2022. As of the latest development, five of six Malaysian mobile network operators have opened their commercial 5G services to end users.

According to the government-run Digital Nasional Berhad (DNB), Malaysia’s 5G network rollout is taking place earlier than expected and will surpass 40% coverage of populated areas across the country by December 2022.

DNB noted that Malaysia is also well on its way to reaching the promised 80% coverage of populated areas by 2024 or earlier. The network will also cover 14 million people located in those areas where the network will be deployed over the next two years.

The 40% coverage of populated areas is expected to be reached through roughly 3,500 base stations against the earlier target of 4,018.

Five of the country’s telecom providers announced in November that they have signed an agreement with the country’s local regulator to make 5G service commercially available to their customers.

The five service providers have already launched their 5G services.

The Philippines is still at the initial stage of 5G development, lagging behind other markets in the region.

As of the end of September, PLDT’s wireless subsidiary, Smart Communications, has deployed 7,300 5G base stations.

Its rival, Globe Telecom’s 5G network coverage, meanwhile, extends to more than 1,900 locations in the country as of September.

Globe said it has fired up 933 5G sites in the first six months of the year, increasing its 5G network outdoor coverage in the country’s main region to 97.1% and 87.7% in key cities in the islands of Visayas and Mindanao.

It also announced in December that it is beefing up the deployment of 5G SA technology following its successful live network testing. The live trial yielded speed tests reaching 700 to 1,000 Mbps for downloads and 120 to 150 Mbps for uploads. It also provides voice call technology called “evolved packet system” that allows automatic shifting to 4G from 5G to ensure undisrupted voice calls.

Globe plans to continue its 5G rollout to provide equitable access across the country as 5G devices become more affordable.

Smart Communications, meanwhile, said it has maintained its 5G roaming dominance, covering 62 countries through deals with 115 telco providers, as it aims to capture the growing demand for cross-border connectivity.