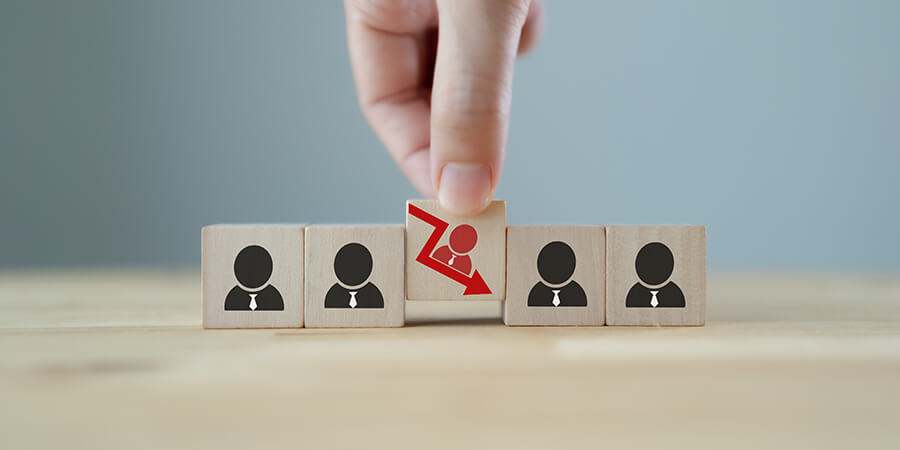 Since the beginning of the year, there have been around 210,000 layoffs at big tech companies in the US. In November alone, there were 46,000 job cuts in the US, with Meta, Google, Microsoft and Amazon among the big techs that are implementing such massive layoffs.

To date, Meta has reported 11,000 job cuts. Amazon has laid off approximately 10,000 employees as it prepares for slower growth and lower consumer spending, while Twitter has laid off half of its workforce. This wave of layoffs reverberates in other regions as well.

Despite the digital economy being projected to grow in 2023, tech companies in Asia are also on a downsizing spree as uncertain macroeconomic conditions loom. For instance, Indonesia’s GoTo Group, a merger between Gojek and Tokopedia, laid off 1,300 workers, or about 12% of its workforce, in November. In the first nine months of this year, the tech company has had a net loss of $1.29 billion. Downsizing its workforce is a cost-saving measure to help GoTo become profitable in the next year or so.

Still, this is nothing compared to more than 7,000 layoffs at Singapore’s Sea, or about 10% of its employees. These companies, like others that have embarked on layoffs, cite aggressive hiring during the pandemic as having caught on amid rising interest rates, high inflation and a poor economic outlook. Glint, a careers platform in Singapore, laid off 1,100 employees, or about 18% of its overall workforce, in December. E-commerce platform Carousell also retrenched 110 employees, or about 10% of its headcount.

Following an aggressive hiring wave during the pandemic, the tech layoffs that have been accelerating in recent months can be viewed as a correction of sorts as signs point towards a global recession in 2023. In fact, tech layoffs show no signs of abating, as more cuts are expected in the coming months.

China, Too, Grapples With Layoffs

According to a report by IANS, global tech layoffs this year have exceeded the figures of those laid off during the Great Recession in 2008.

Riddled with economic and pandemic woes, as well as a muted tech sector owing to a regulatory crackdown, China is facing massive layoffs, with Xiaomi being amongst the latest Chinese tech companies to announce cuts to its workforce. This comes after Xiaomi slashed 1,900 employees in the first three quarters of the year, with another 900 employees let go in recent weeks.

Other Chinese tech companies are facing a similar fate as they post a revenue plateau or loss for the first time in decades. This has prompted Alibaba and Tencent to lay off 15,000 and 4,000 employees in the first nine months, respectively. More job cuts are expected at Tencent if the company underperforms.

On a similar note, the Chinese social media site Weibo cited a challenging economy for laying off hundreds of employees. Xiaohongshu, a platform similar to Instagram in China, has reduced its workforce by at least 9%. This wave of layoffs has become a major concern for the central government, which vows to reduce job cuts in 2023.

Despite a global tech layoff, the sector is still facing a talent crunch. In Singapore, where 1,270 tech workers were laid off from July to mid-November, of which 80% are in non-tech-related roles such as sales and marketing, tech-related employees are being talent scouted by the government, banks and smaller startups, an indication that employment opportunities still abound in this city-state.

It is also reassuring to note that not all tech companies are downsizing their workforce. In Japan, Hitachi is going against the tide as the company announced plans to hire around 30,000 new employees to promote and develop digital transformation over the next three years. Meanwhile, Uber plans to grow its team of women tech employees in India from 200 to 800.

While layoffs in the tech industry will continue to make headlines in the coming months, it is not all doom and gloom — the tech industry is growing, albeit at a slower pace than desired. For now, most tech companies will err on the side of caution.