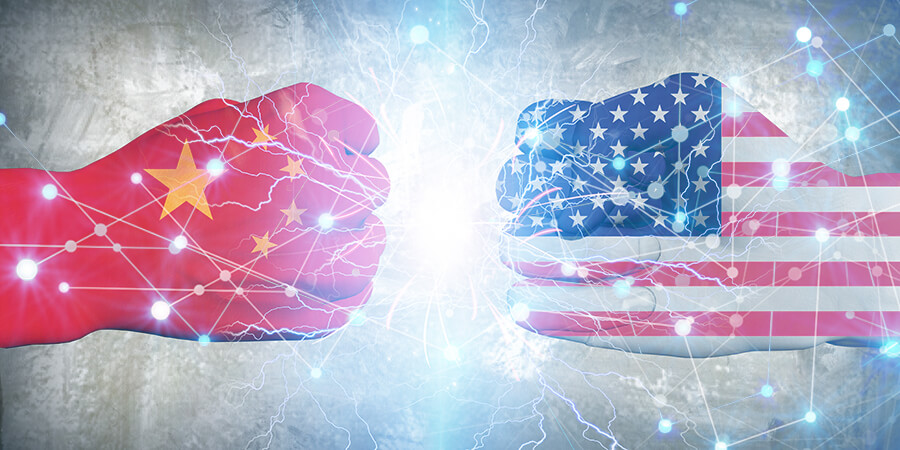 The tech war between the US and China continues to gain momentum. To counter a move by the US to disrupt China’s semiconductor technology supply, China is allocating $143 billion to boost its capabilities in advanced chip design and manufacturing. As one of several measures, this fund will provide financial subsidies and incentives for Chinese chipmakers to develop and acquire the required semiconductor technology.

Since 2005, China has been the world’s largest importer of semiconductors, relying heavily on TSMC to provide its supplies. Other large chip importers include the US, Japan and South Korea.

In October, the US barred companies from supplying semiconductor chips or devices to Chinese companies in a bid to thwart China’s ability to manufacture advanced chips. The sale or import of new telecommunications equipment from Huawei and ZTE has also been banned, with the Biden administration citing national security risks.

China responded that it will “adopt necessary measures to safeguard the legitimate rights of domestic firms.”

In September, the Biden administration issued a ban on US tech firms that receive government funding to build advanced technology facilities in China for a decade. This coincided with its plan to increase US semiconductor production and reduce its reliance on production from Chinese factories.

In one of its most recent initiatives, the US Commerce Department added 36 Chinese companies to its trade blacklist, with the goal of derailing China’s advanced chip development and impeding the growth of military modernization. This move makes it difficult for US companies to obtain licenses to export essential technology for Chinese firms. Non-US companies will also be prohibited from exporting products that contain specific US technology to Chinese firms. However, this does not only directly impact the semiconductor industry but also electronics and automobile manufacturing.

These developments stem from the Biden administration's efforts to raise the competitiveness of the US. New executive orders will follow for the new federal authority to regulate US investments in China.

Last week, a federal court rejected China Telecom’s appeal for the Federal Communications Commission (FCC) to withdraw the company’s services in the US. A representative from the FCC supported this decision, citing that “China Telecom’s operations in the US provided opportunities for increased Chinese state-sponsored cyber activities, including economic espionage and the disruption and misrouting of US communications traffic.” A ban came after two decades of services by China Telecom to US telcos.

The US has claimed that blacklisted Chinese companies could be used to spy on the country. Now, TikTok is the latest Chinese tech company to come under scrutiny, as US investigations put forth claims that its parent company, ByteDance, has been spying on several US journalists in contact with the company. Officials are pushing for TikTok to sell its US operations following allegations that TikTok’s Chinese staff have accessed the sensitive information of its US users.

Already, more than a dozen state governments in the US have banned TikTok from government devices. Indiana, for instance, has blocked TikTok from being used in state systems and devices as of December 7. Roughly two years ago, India’s Ministry of Electronics and Information Technology issued a ban on TikTok due to security and privacy concerns. This was alongside other Chinese apps.

In addition to the US, Taiwan similarly launched an investigation into TikTok, with fresh allegations that parent company ByteDance is operating illegally. TikTok is already prohibited for all military and public employees in Taiwan. Now, the government is mulling over the decision to ban the app nationwide to ensure that national security is not compromised.

While the fate of Chinese firms in the US and its allied countries remains uncertain, one thing is for sure: the long-standing feud will persist into the foreseeable future.