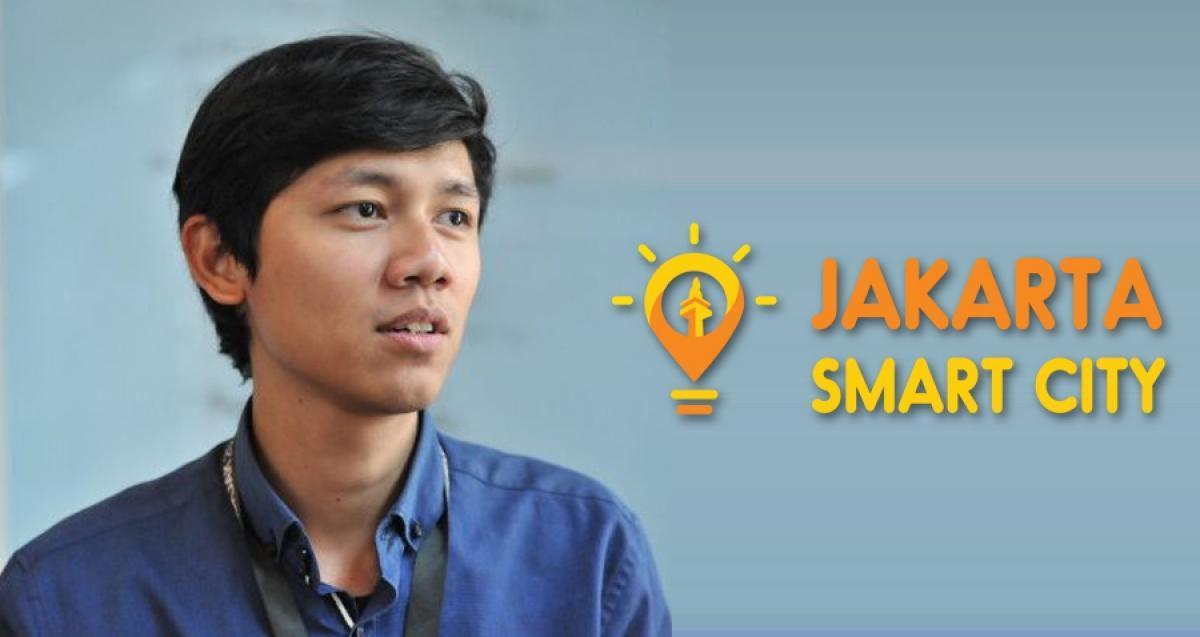 Jakarta Smart City (JSC) is the most integrated public reporting and information platform in Jakarta, Indonesia’s sprawling capital city with a population exceeding 9 million. JSC was initiated in December 2014, developed to create one platform that provides public information about the city – in an age where data sharing is the key to prosperity. The initiative contributed to the motion of smart cities with the use of technology and communications to achieve better public services. It aims to enhance public participation, and enable the government to utilize data, provide feedback and criticism easily. Heading JSC’s IT Development is Prasetyo A. Wicaksono, a computer software specialist, who shares the initiative’s vision for a more efficient, resilient and connected Jakarta.

Prasetyo’s vision is for Jakarta to provide better public services for citizens, and be a more enjoyable city to live in. He has lead Jakarta Smart City’s IT Development since January this year, previously working as a researcher making analysis about how to implement IT governance in university. Before that, he analyzed current e-learning management systems and tried to adapt them to Indonesian students’ culture so that the systems can be suitable to students in Indonesia. To make his smart city vision come true, Prasetyo believes IT is the primary enabler and catalyst.

“As for now, we are currently implementing an IT-based city platform to be the hub of citizen feedback from channels such as social media, apps, email, etc,” Prasetyo explained. “From citizen’s feedback, we can get better information on how to improve the quality of our services on the ground, and process it as insights for related agencies to improve their quality.”

The influence behind Jakarta Smart City can be traced back to 2011, when Indonesia started its Open Government journey, when along with seven other countries, it initiated Open Government Partnership. Following the global declaration, the country launched Open Government Indonesia (OGI) in January 2012 with the aim to introduce open government reforms, including open data. This move, according to the report ‘Lessons from Jakarta Smart City’, is when Jakarta set its open smart city vision on course. The initiative was supported by Law No. 14/2008 on Freedom of Information.

In the Southeast Asia region, Indonesia could be considered a “pioneer in implementing the open data initiative at a national as well as sub-national level,” the report reads. Jakarta became one of the first cities to have its own bylaw on data and system management, requiring the city administration and agencies to open its public data, which led to the birth of various open data initiatives across the city. Jakarta Smart City is one of these initiatives, connecting sub-districts officials with the citizen, and promoting openness of the government through public service delivery.

Prasetyo has spent time researching and analyzing how to implement IT governance in university, and through this experience, he’s been able to apply his expertise to Jakarta Smart City. He says governance is “not a new field, but in the IT field, governance is an issue. Government in general is working in silo. Thus when IT comes into the system, bureaucracy and this working silo will get in the way,” he explained. “From university we learn the ideal case of implementing good governance from the view of the system, but right now I am implementing it considering the view of existing bureaucracy and how IT governance can be suitable with the existing condition.”

With a booming population of over 9 million, one of Jakarta’s most pressing issues is said to be its heavy traffic, as well as lack of housing for citizens. Prasetyo said he sees that traffic congestion is not only about the amount of vehicles or the length or width of the roads, but understanding how people commute in Jakarta, and working towards improving the congestion through smart solutions.

Previously there were no comprehensive studies about this issue, but right now Jakarta Smart City is collaborating with several parties including Waze, a local telco provider, Transjakarta and also the police department, to source traffic data. The JSC team then analyzes the data and obtains insights on how people commute in the city. Next year JSC will be implementing Jakarta One card, a one single payment card, which will gather anonymous transaction data to get a more comprehensive and detailed behavior of citizens, to then deliver better and more accommodating policies.

“Public housing is also one of our main focuses right now,” said Prasetyo. “Though the program is not led by us, we are supporting the program by providing data the agencies needs. Next year’s Jakarta One card will also be used by the people living in public housing, and we will provide insight to the public housing agency on how they live there so that they can also evaluate and improve the quality of public housing in Jakarta.”

As a vast nation spread over thousands of islands, Indonesia also faces the issue that majority of its premium connectivity is concentrated in Jakarta. In order to tackle this inequality of connectivity, Indonesia’s President, Joko Widodo has “focused on improving the connectivity within the country, especially on remote islands,” said Prasetyo.

The government also reportedly plans to commit more than US$24 billion in smart city infrastructure projects and push fiber and 4G nationwide. This is music to Prasetyo’s ears. “More connectivity, less discrepancy in the country,” he says. “The benefits are endless!”

“People don’t need to go to the city center just to get internet connection,” he explained. Schools in remote areas will be connected, with more access to educational resources. Farmers and fishermen can cut the unnecessary supply chain and can contact directly to the buyers if they are also connected. “This infrastructure project will give more productivity to the citizens and generate significant economic growth as the infrastructure will open new opportunities for people to grow.”