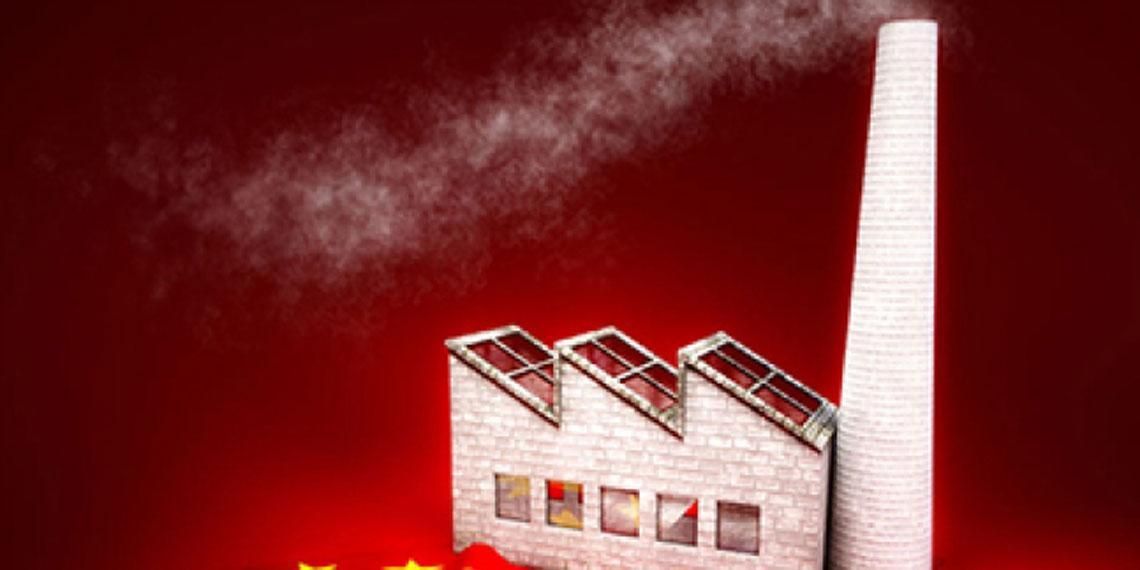 On July 4, 2015, China's Premier of the State Council, Li Keqiang, unveiled China's Internet+ (sometimes written Internet Plus) action plan that aims to integrate the Internet with traditional industries, fuel economic growth and put China back on track to be a leading world economy.

The idea for the Internet Plus action plan came from a concept introduced by the German government at the 2011 Hannover Fair, called Industry 4.0, considered to be the: ""Fourth Industrial Revolution.""

It is Germany's vision for the future of manufacturing - one where smart factories can use information and communications technologies to ""digitize their processes and reap huge benefits in the form of improved quality, lower costs, and increased efficiency,"" according to Sara Zaske writing in The German View.

Industry 4.0 is a favorite theme for German Chancellor Angela Merkel who commonly cites the idea in speeches about business or the economy. In early 2015, Merkel urged all of Europe to embrace Industry 4.0 when she addressed the World Economic Forum in Davos.

""We must - and I say this as the German Chancellor in the face of a strong German economy - deal quickly with the fusion of the online world and the world of industrial production,"" she said. ""In Germany, we call it Industry 4.0, because otherwise, those who are the leaders in the digital domain will take the lead in industrial production. We enter this race with great confidence. But it's a race we have not yet won.""

Following Germany's lead
Germany has maintained its position as one of the strongest economies in the world - a great example for other countries to look up to. Industry 4.0 ignited a beacon of hope for other economies around the world that were looking to expand into the realm of increased connectivity in order to increase production and prosperity.

A paper prepared for the 2015 World Economic Forum in Davos, Switzerland Industrial Internet of Things: Unleashing the Potential of Connected Products and Services, said: ""Our research concludes that the Industrial Internet is indeed transformative. '¦  It will change the basis of competition, redraw industry boundaries and create a new wave of disruptive companies.""

This yea, 'the Fourth Industrial Revolution' was the theme of WEF, held in January. WEF founder and executive chairman, Klaus Schwab, said the world stood on the brink of a technological revolution that would ""fundamentally alter the way we live, work, and relate to one another,"" and that in scale, scope, and complexity would produce ""a transformation unlike anything humankind has experienced before.""

For the past few years, China's economy has certainly been in need of a boost. In 2013, China suffered its second straight quarterly slowdown. The Financial Times reported that trade growth had tumbled, imports had fallen, inflation had slowed, investment had weakened, and bank lending had declined pressuring the government to do more to prop up growth.

In November 2015, Business Speculator reported that China's third quarter GDP growth of 6.9 percent was the slowest it had experienced since the global financial crisis. One of the ways that the Chinese government tried to fix the ""sharply decelerating economy"" was by ramping up fiscal expenditure, which according to the Finance Ministry surged 36.1 percent in October from a year earlier to 1.3 trillion Yuan, while fiscal revenue increased to 1.44 trillion Yuan.

""This increased stimulus effort had taken the fiscal deficit-to-gross GDP ratio to a six-year high, according to a new report by Morgan Stanley,"" writes Peter Cai for Business Spectator. ""Though the government is increasing its expenditure, it is unlikely to embark on another round of mega-stimulus effort, as in 2008, to counter the global financial meltdown.""

Mike Wheatley, writing in Silicon Angle, describes China's Internet Plus initiative as an aim to ""help foster growth of e-commerce and web companies in the country as part of a wider effort aimed at stimulating the economy.""

Integrating Internet & the economy
The Xinhua news agency reported Li Keqiang describing the initiative as an aim to ""further deepen the integration of the Internet with the economic and social sectors, making new industrial modes a main driving force of growth by 2018.""

The purpose of the Internet Plus initiative, according to Li, is that it maps various development targets and supportive measures for key sectors of China's economy. The Chinese government hopes that it will lead to ""new industrial modes, including mass entrepreneurship and innovation, manufacturing, agriculture, energy, finance, public services, logistics, e-commerce, traffic, biology and artificial intelligence.""

According to Wheatley, in order to turn these goals into reality, Li has said that the Chinese government will ""encourage and assist more Chinese firms to boost their presence in international markets, while training and making better use of both local and foreign talents.""

Premier Li intends to drive passion for innovation to build the new engine for economic development and encourage the people of China to start their own businesses to prop up the economy. With 780 million broadband users, 555 million mobile users including 162 million 4G users as of December 2014, the Chinese government hopes to initiate a broad ""uberisation of economy"", where anyone can sell or buy their own products and services.

Yongfu Yu, head of mobile business at Alibaba, has stressed that the Internet Plus initiative will be the ""end of an easy era"", where traditional entrepreneurs copying modules from the US would be replaced by contemporary 24/7 servers, thus connecting people and opening new opportunities for everyone. For Yu, the initiative is about ""restructuring supply and demand, creating a second spring for entrepreneurs, and more variance for customers.""

In order to demonopolize state-owned enterprises, restrict government intervention in the economy, lower the threshold for new technology and emerging industries, and boost competition in the market, a package of $4.4 billion has reportedly been allocated to invest in startups in China and technologies which can help the plan move forward, increasing the country's already huge R&D spending.

Praise for Government's focus
The Internet of Things will play a vital role in the Internet Plus initiative. The GSMA issued a report detailing how China is emerging as an IoT leader, with GSMA CTO, Alex Sinclair saying: ""It's been the government's focused strategy, emphasis on common specifications and cross-sector collaboration that has allowed the Internet of Things to scale, delivering positive benefits to businesses and consumers alike.""

The report states: ""China leads the world in adoption of M2M services, with 74 million connections at the end of 2014, representing almost a third of the global base.""

According to the report, IoT in China is benefitting from both government support and productive partnerships between companies from different sectors. ""Of course, China can also generate enormous economies of scale, while the country's rapid economic growth and development is driving adoption of new technologies, as the urban population grows and the middle class expands,"" says the report.

As part of the Internet Plus initiative, there has also been a push from local governments in China for smart cities and implementing IoT into society. ""Many local governments plan to use smart city applications to address key administration challenges, such as congestion and pollution,"" says the report.

""More than 90 percent of China's provinces and municipalities have listed IoT as a pillar industry in their development plans,"" announced Xi Guohua, vice minister for the MIIT in September 2014. ""Government support is important because the IoT industry is still in its primary stage,"" he added.

202 smart city pilots
The government has since selected 202 cities to pilot as smart city projects. Beijing, Shangai, Guangzhou, Hangzhou and other large cities in China have established extensive database and sensor networks to collect and share information related to transportation, electricity, public safety, and environmental factors.

The wearable tech market has also taken off in China, with thousands of products, such as smart-watches, tracking devices, and fitness bands available at accessible prices. In addition, the connected car market is also rising in China, driven by the increasing availability of 4G network coverage which is promising a range of in-car services such as entertainment, navigation, safety and vehicle diagnostics. Machina Research predicts that China will soon become the world's largest connected car market after Russia, with the sector increasing from 16 million in 2015 to 67.8 billion in 2020.

China is pursuing a strategy to drive economic growth through the integration of Internet technologies. To grow its economy it is embracing the idea of an internationally connected market, fostering new industries and business development, including e-commerce, finance, public services, and much more.