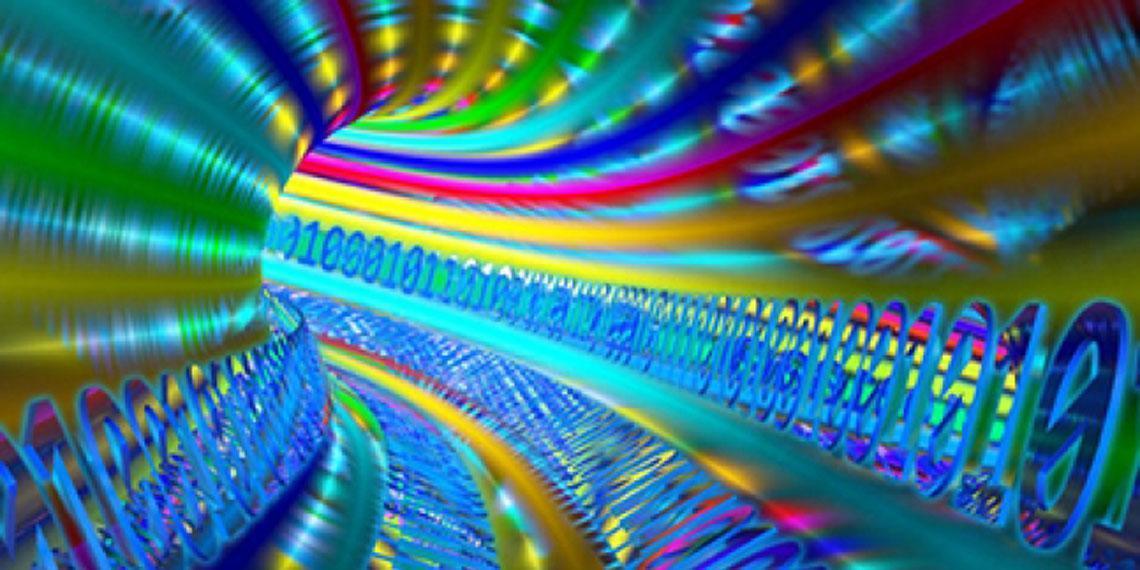 The move from 10Gbps non-coherent, to 100Gbps coherent wavelengths in all forms of subsea transmission is more or less complete, and has happened faster than analysts originally estimated. The 40Gbps data rate rapidly fell out of favor once 100Gbps economics became clear. Those economics were not only driven by increased spectral efficiency, but by associated technologies such as coherent super-channels. These have become key factors in enabling network operators to achieve service differentiation in a market that has long been seen as a commodity.

The coherent technology miracle
While the DWDM industry has an excellent track record of increasing capacity and data rates over time, the move from 2010 onwards to coherent transmission has delivered a quantum leap in capacity-reach product that will be difficult to improve on in the near future.1

This optical circuit is extremely capable, delivering over a twenty-fold increase in the capacity-reach product compared to 10Gbps intensity modulation with direct detection (IM-DD). A key point is that this achievement has been possible over existing submarine cable wet plant, enabling a massive upgrade capability as network operators replaced existing submarine line terminating equipment (SLTE) with coherent systems.

The next step, of course, is to take full advantage of new submarine cable types - in particular the large area/low loss G.654 fiber types that are being deployed in the latest subsea cable systems as positive dispersion cables (versus dispersion managed cable systems of previous deployment generations). These cables offer far better non-linear performance, coupled with significantly lower attenuation, to the point where it could be possible to close long Pacific spans using Pol Muxed QPSK modulation (instead of PM-BPSK), and trans-Atlantic cables using PM-8QAM, or perhaps even PM-16QAM modulation (instead of PM-QPSK). The value delivered by moving to these higher order modulation techniques is a dramatic increase in spectral efficiency, and thus a higher fiber capacity.2

In March 2015, a major lab trial showed that it is possible to close ""trans-Atlantic"" distances (in this case over 7,400km) with PM-8QAM over a LA/LL fiber provided by OFS.3 Following these successful lab trials it is likely that we will see field trials, and perhaps even real deployments of higher order modulation technologies on subsea cables in 2016.

Superchannels: beyond 100Gbps
A number of academic papers have described how the industry is approaching a point of diminishing returns for capacity increases - and the conclusions are often simplistically represented as an approaching ""capacity exhaust"" in optical fibers.4 It may be true, for example, that the next generation of optical cables spanning the Atlantic could be limited to between fifteen and twenty terabits per second total capacity, and a trans-Pacific next generation cable to between ten and twelve terabits per second. It may be possible to double these limits by simply adding L-Band transmission to the existing C-Band systems, but this would require very different wet plant from what is installed, or is being installed, today.

Thus, when the industry asks the question ""What comes after 100Gbps?"" it is not typically a question of fiber capacity - this is a function of coherent technology, and the achievable fiber capacity is perfectly adequate for the current cycle of new deployments. Rather the question is focused on operational scalability; in other words, how can a single engineering team turn up significantly more subsea capacity in a given operational cycle? How can a network operator deliver services more quickly, and with more efficient cash flow?

The seemingly obvious answer is to simply crank up the symbol rate for the optical and electronic circuits shown in Figure 1. To deliver today's typical 100Gbps data rate using PM-QPSK (which carries 4 bits per symbol) would imply a baud rate between 32 and 35 GBaud (note that this quoted range of values is due to different sizes of forward error correction, FEC, overhead used by different vendors). But increasing the baud rate is not being achieved in practice for commercial products. The first single wavelength 100Gbps implementation, operating in 32-35GBaud range, began shipping almost five years ago, and here we are today with leading edge implementations still operating in the 32-35GBaud range. This is because the electronics that drive the optical circuit now represent a bottleneck for serial processing. Chip power is increasing, but it is doing so by offering more parallel processing power.

There are two ways that next generation coherent implementation may overcome this limit, and thereby increase the data rate per line card. One is by moving to higher order modulation techniques; ie PM-BPSK -> PM-3QAM -> PM-QPSK -> PM-8QAM -> PM-16QAM (which carry 2, 3, 4, 6 and 8 bits per symbol respectively). As pointed out above, moving along this scale increases spectral efficiency - with each modulation symbol ""carrying more bits"". But at the same time the optical reach will drop, with PM-16QAM losing about 80 percent of the reach compared to PM-QPSK, for only double the line card or fiber capacity.4

The other approach is to ""go parallel"" with multiple 100Gbps optical carriers. This means implementing multiple optical circuits, each operating at the optimum baud rate to achieve a balance between capacity and reach, on a single line card so that all the capacity can be brought into service in a single operational cycle. As mentioned above, the resulting optical signal is called a ""super-channel"". This is the direction that the entire optical industry is now taking to achieve greater operational scalability.5 Super-channel subsea systems are now widely deployed in all parts of the world, from the longest Pacific routes, through to cables that circle South America and Africa, and crisscross South East Asia and the Mediterranean Sea.

Adding cashflow efficiency
It is tempting to assume that OpEx for subsea operators could be driven down by simply implementing superchannel line cards with ever more capacity, but is this a viable approach from a cashflow perspective? In other words, while the network planning department would readily embrace a 500Gbps or even a 1.2Tbps line card in which all of the wavelength planning is done in one step, the finance department might be reluctant to pay for it until there are revenue-generating services that need to use it.

With a super-channel line card it is possible to license the capacity in 100Gbps ""chunks"" (note that while this is technically possible for any vendor's superchannel line card, you should check if your vendor offers this as a commercial option). With this approach, all of the wavelengths of the superchannel are lit from day one (avoiding the need for idler channels to be taken in and out of service), the network operator can pay for 100Gbps slices of capacity as needed. More importantly these 100Gbps bandwidth slices can be activated ""instantly"" (ie within the timeframe of the financial approval, and not usually limited by the technology activation timeframe).

This is a radical change in service delivery capability for a typical subsea network. An unforecast subsea transponder might have a lead time of the order of nine to twelve months, whereas a new 100Gbps slice of an existing superchannel line card could be activated in minutes.

A novel option would be to allow a network operator to maintain a ""floating pool"" of bandwidth licenses. These could be moved around the network if spare capacity exists on a given link, and an obvious application would be as part of a service protection strategy.

In Figure 2 we can see how this would work. Let's assume a cable fault (eg caused by a fishing trawl, ship's anchor dragging, or a subsea earthquake) occurs between A and B. Protection techniques such as ITU-T Shared Mesh Protection can ensure service continuity against SLAs, but in this case it may be that the protection path over A-D-C-B is now carrying more traffic than the network operator's traffic engineering guidelines recommend. By activating a number of time-based bandwidth licenses it is possible to rebalance the traffic matrix and remain within traffic engineering parameters. When the original link is repaired, the licenses can be returned to the ""pool"".

This capability was used earlier this year on the AJC cable system after a subsea cable fault in 7,000 to 8,000 meters of water. Over 400Gbps of traffic was rerouted in just a few minutes using this ""instant bandwidth"" capability on the existing superchannels. This type of temporary capacity increase can come at no additional cost, and the licenses are simply returned to the bandwidth pool, in this case following the cable repair.6

But capacity on its own does not offer a clear differentiation for subsea operators. New technologies based on superchannel line card designs offer dramatic reductions in operational scalability while an ""instant bandwidth"" capability on these line cards reduces new capacity deployment times from months to minutes.

As internet demands driven by cloud services, higher video quality and high definition mobile devices continue to grow exponentially there has never been a clearer reason for subsea operators to look to innovative network upgrades.