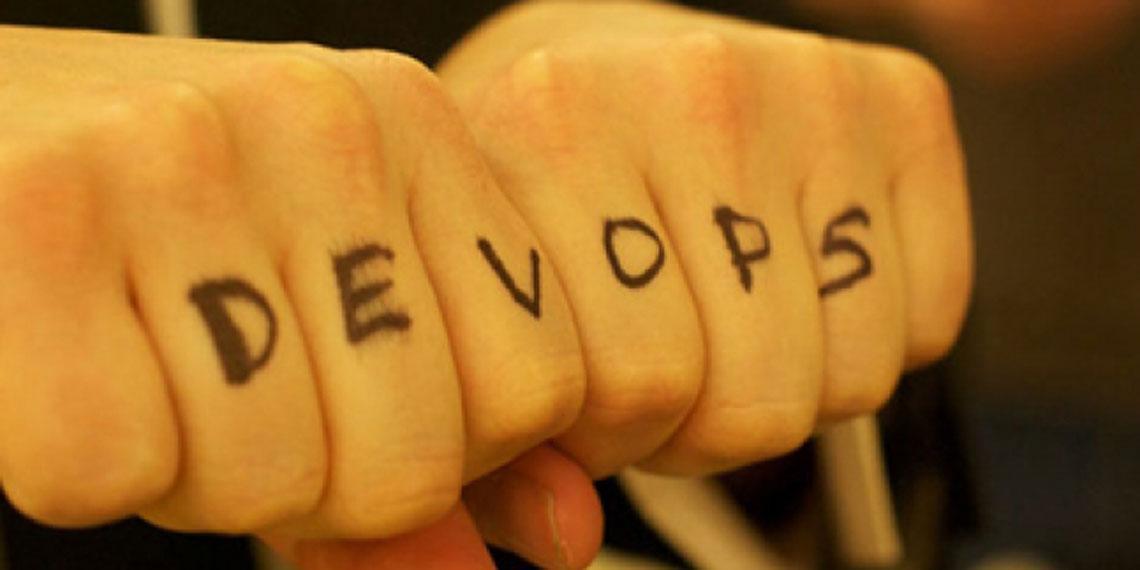 DevOps, short for '˜Development & Operations', is an iterative approach to software development designed to deliver results much more rapidly than traditional methods. Branko Bugarski looks at how it's driving digital disruption and transformation and offers five predictions for DevOps developments in 2016.

The reality of living in a digital revolution becomes move evident every day. We order taxi services, pay bills and transfer funds via apps. When we drive we rely on GPS to tell us where we're going. We even buy groceries, movie tickets and home furniture via apps on our phones, tablets or computers. And the companies that sell things to us can recommend exactly what we'll want to buy next.

It's all because of software, which has become the most important tool for businesses to find, capture and retain customers. Unlike a physical product, software can be changed quickly and often, and today, that's exactly what customers expect. They can easily defect to a competitor who offers a handy new feature'”right after they leave a negative review about you that could tarnish your reputation and drive away other potential users.

Savvy businesses in Asia Pacific are using the rapid pace and malleability of software to drive more and more differentiation into the marketplace. They're using instant feedback from users to improve software continuously. Increasingly, they're doing this through DevOps. By ensuring close collaboration between developers and operations throughout the entire software development lifecycle, enterprises are becoming better at ensuring quality, maximizing speed and reacting to'”or even forecasting'”market changes.

We predict that 2016 will bring some significant advances in the DevOps world. Here are five developments you need to know about to compete.

1. Large enterprises will get onboard fully
In most large enterprises, DevOps isn't new. Small teams are already using DevOps principles to work on discrete projects, and after a few years of experimenting they're starting to rack up successes. But in general DevOps hasn't been adopted widely throughout the enterprise. As a result, software releases in the enterprise are still too slow, too buggy and too costly.

Now that multiple teams are proving the value of adopting DevOps practices C-level executives are taking notice and beginning to wonder whether DevOps might be an answer to some of their organization's top business challenges. They're starting to engage with IT and asking how they can employ DevOps principles at scale throughout the enterprise to bring more speed and quality to business applications.

Interest at the C-level is a positive development because DevOps can't succeed in large enterprises without executive support. DevOps requires a fair amount of experimentation and a tolerance for failure'”the kind of experimentation and failure that might not be acceptable to the organization's leaders unless they feel confident that the eventual outcome will be worth it.

As enterprises begin to modernize legacy applications in 2016 and beyond, DevOps will play a central role. Within five years, DevOps will be the norm when it comes to software development.

2. Standards will emerge
DevOps currently has no defined standards, so what passes for DevOps in one organization might not look much like DevOps in another. That means DevOps entails a certain amount of risk'”and large enterprises are notoriously risk-averse. Even if your small teams are documenting wins scaling out DevOps successes to the broader organization can be a process of trial and error, which most enterprises don't tend to engage in willingly.

As different teams experiment with DevOps and share their successes, there will be opportunities to standardize best practices gleaned from the lessons learned. Standardization will help mitigate the risk of scaling DevOps practices and could involve everything from testing processes to determining the best deployment tools, even how to use internal coaching across teams.

Eventually, as best practices rise to the top, they will likely become adopted and pervasive across industries.
3. Security will increasingly become integrated with DevOps
Whether they learned the hard way or by watching other organizations get burnt, enterprises know that a security problem caught by users is far more damaging than a security problem they catch internally before it's released into production.

As the pace of software delivery increases, it poses a challenge for security teams because their primary focus is on releasing and maintaining safe and secure applications. Doing things faster doesn't necessarily give them the time to thoroughly vet applications before they get into end users' hands. The challenge lies in finding the right combination of processes that allows thorough security assessments and keeps software releases flowing at a rapid pace. Bringing security and DevOps teams together offers a solution.
Recent high-profile security breaches have made it clear that security cannot be an afterthought. Security best practices and testing must be built into the development process from the beginning'”and that means making it a part of the DevOps team.

That said, the full integration of security and DevOps has not become mainstream yet. In 2016 and beyond, security team members will become increasingly integrated into DevOps practices. This will occur with security experts coaching DevOps on how to effectively and efficiently embed application security within software development, deployment, and production cycles.

4. Key technology adoptions that enable DevOps will take off
Because DevOps is still in the beginning stages of adoption, there are few defined tool chains for DevOps and no accepted single standards. However, as organizations learn and share success from their DevOps practices, this will start to change in 2016 and beyond, with a few key technology concepts helping IT maximize speed and quality throughout the software development lifecycle.

Increasing automation
Automated testing, infrastructure and application deployments speed up cycles and reduce errors. By automating routine and repetitive tasks, you decrease cycle times in the software delivery lifecycle and ensure repeatability. As enterprises look to adopt DevOps the first few wins from a technology tool chain perspective will occur through the adoption of automation that will accelerate tasks, eliminate manual handoffs and cut down error prone processes.

Decreasing latency
As organizations move to increase the pace of application delivery, they must look at each stage of the lifecycle and identity and remove the biggest hurdles that impede a rapid, high quality delivery cadence of software releases to customers. You can make huge progress by identifying the biggest bottlenecks in the '˜conveyer belt' delivery pipeline. It's not particularly useful to remove smaller bottlenecks first because the major bottlenecks can still cause technical '˜debt' to build up earlier in the pipeline or reduce key resources further down in the pipeline.

Increasing visibility
For high quality applications to be delivered at a rapid pace from inception to the hands of end users, it is important to continuously assess and monitor them at every stage of the lifecycle. You must monitor and measure key metrics against business demands including application user experience, health and availability of the application and infrastructure, and threat and risk monitoring, sharing results across the team through continuous feedback loops. If they don't meet the business needs, you must then improve and iterate, making constant forward progress.

5. Job roles will evolve
Most IT organizations' adoption of DevOps will force everyone to learn new skills'”not just from a technical perspective, but also from a cultural one. As developers become more familiar with infrastructure, and as operations staff gets more familiar with code, it's inevitable that jobs will begin to morph and evolve.

In 2016 and later those changes will go beyond development and operations to impact business analysts, planning teams, and even C-level executives. For example, traditional system administrator roles will become less relevant as automation takes over many tasks, while '˜full-stack' engineers, who are familiar with the entire application technology stack, will start to become more critical.

Conclusions for DevOps in 2016
In the digital revolution where software will determine business leadership in the marketplace, it's critical that enterprises understand the power of DevOps to help deliver higher quality software faster.

DevOps is no longer a fringe movement or even simply an idea for so-called '˜unicorns.' It's the way enterprise IT must operate to compete and stay relevant in the marketplace. Armed with these predictions for DevOps, you can be ready for the changes to come'”and take steps to be among the innovators, not those left behind.