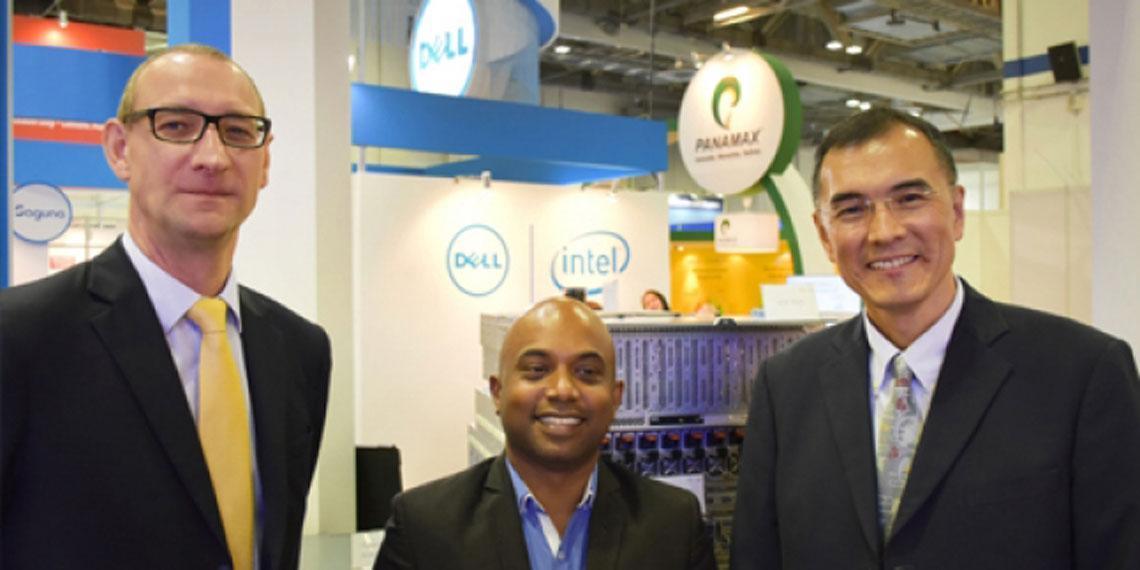 Dell OEM serves original equipment manufacturers (OEMs) that resell Dell hardware and services as part of their own branded products. Dell supports nearly 4,000 OEM customers around the world in distinct industry verticals.  As an IT company, there are huge opportunities for Dell in the telecommunications industry, especially for Open NFV (Network Function Virtualization), with companies moving their network functions over cloud computing. This has created a major opportunity for Dell.

'We have been trying to penetrate the telecommunications industry,' said Mr. Lin. Erwin Meyer, who was once part of the Dell leadership team that established a global sales segment in Asia, highlighted the close link between telecoms and IT and Dell's role to play. 'Increasingly we are seeing that convergence,' he said. 'If you are looking at a data center focusing on your network and your storage, etc, Dell is a market leader in all those areas, so many of Dell's customers include CSPs, carriers, ISVs and SIs.

'You may not always see Dell as one of their solutions. What we are doing in the OEM team is taking customer IP and bundling that with the solutions of Dell,' Meyer added. 'In many situations we re-brand the solutions. We take off the Dell logo. We are an infrastructure partner for many companies.'

Mr. Lin went on to discuss where the telecom industry is in developing standards and promoting interoperability for Network Function Virtualization. He said the whole industry started with EG, ESP, ESI and NFV '“ great solutions to drive the cost down moving network functions over the cloud, which presented an opportunity for Dell.

'Dell's strategy in recent years has become very open, supporting all software vendors to build the ecosystem,' said Lin. 'Our strategy is supporting openness by working with partners. Interoperability is a big thing for us to make sure that solutions are working with our customers in the telecommunications industry; the service providers, the carriers, and so on. We have been participating in many standard bodies to provide support for our partners.'

Meyer said Dell makes 'a real effort' to be a part of industry bodies. The company has a seat in the Telecom Industry Association in the United States sitting on the board to drive the standards fairly hard because 'we believe that's going to be the focus for the industry,' said Meyer.

'It is also interesting to notice that in the last few years, NFV has been in a proof of concept phase,' he added. 'This is the year that is marking the fact that a lot of those POCs are going into production environments. Right now Dell is deploying the largest NFV implementation globally, together with Verizon and RedHat in the U.S. We are deploying the solution in five data centers and taking the deployment internationally.'

Discussing how NFV helps telcos address pain points of traditional networking, Lin and Meyer said NFV 'came from pain points itself. OTTs were making a significant part of revenue. They saw this as an opportunity to start using an adjacent model.' For Dell, and for the industry itself, NFV is the platform or a solution to be able to provide service providers with agile, programmable solutions for infrastructure where they can launch services on demand and make the network more flexible.

So what are some of the opportunities for successful interoperability of multi-vendor NFV systems? In terms of Dell in the space of NFV, the company is not a believer of a totally integrated solution. Dell backs the idea of horizontally de-segregated solutions whereby it wants to be providing the infrastructure.

'We are talking about an end to an IT play and the convergence of the IT and telecom sectors coming together. We see ourselves as a true IT-capable vendor who can provide global-scale solutions for any large operators, while backing all the ISPs or network providers and software vendors to bring their solutions into the market more rapidly,' said the executives. Lin said this adds to how Dell supports open source or open architecture which means it can bring the best value to customers who are industry service providers in the telecommunications industry.

'The whole purpose of Open NFV is to decouple the hardware and the software and virtualize the network functions; and by doing that, to provide low cost solutions for the service provider via the network and also to provide agility to deploy very fast services for their customers,' said Lin. 'This obviously starts with the service provider, and then Dell is committed to working with our partners to make the ecosystem completely supporting the open source architecture and deliver the best balance for our customers in this industry.'

Mr. Arul Dharmalingham, NFV Practice Lead, OEM Solutions, Dell, Asia Pacific, offered his insights, saying: 'The challenge is that NFV is looked at as an open source technology. The vendors won't have open standards which are not tied to any provider systems. This also opens up a comparison model whereby, if I had an integrated system, I could pull out of the box and get things going on day zero, while with open source, what's my support?

'We have to bring that level of performance that is available today in the market with open source technologies as well as saying that this segregated approach gives the flexibility of making sure you have a platform that can adapt to emerging standards, not just for one or two technologies,' said Mr. Dharmalingham. 'We need to have a strong ecosystem of partners to be able to provide solutions and support. That's where Dell comes into play. It's about establishing a desegregated partner ecosystem with the right partners for the right solutions.'

Mr. Lin expanded on whether Dell's POV Open Source MANO (OSM) Community, which is being implemented in Europe, is feasible in the APJ region. Open Source MANO is an ETSI-hosted project to develop an Open Source NFV Management and Orchestration (MANO) software stack aligned with ETSI NFV. Lin said Open MANO is new and Dell is not a member, but the company is participating.

'To have an Open Source MANO as the standard will enable benefits for the service providers there,' said Lin. 'In Europe, we can see that there are some service providers from Asia Pacific following suit. For example, SKT is already in there. Moving forward, I will be expecting to see more service providers from the APJ region join. If there's a standard body providing solutions for the telecommunication industry, Dell is fully committed to supporting that because it would bring value to our customers.'

For some standards today in research, Lin said it seems like new technology today in APJ is slightly lagging behind compared to other regions. But he can see that some service providers are taking the initiative to try new technology. 'We can see that China Mobile has an Open NFV lab in Singapore which is the only one in Asia supporting testing of Open NFV,' said Lin. 'They are very advanced in technology for this industry. We also see in Japan that NTT are already starting an NFV network.'

Lin hopes to see APJ standing at the forefront of new technology. The Dell team in APJ is fully committed to this, working with partners and customers together to drive new technologies for the industry that will eventually benefit the whole APJ population because they are the users of those services.

'There is a lot we are seeing here in the region. There's a lot of inflation going on,' said Meyer. 'We have a number of customers that are asking us to build servers specifically to their own specifications. There are a number of servers we have built specifically for the telecom industry of a very high density. Our customers are really looking to us for use cases and how we can help them build additional revenue streams.'