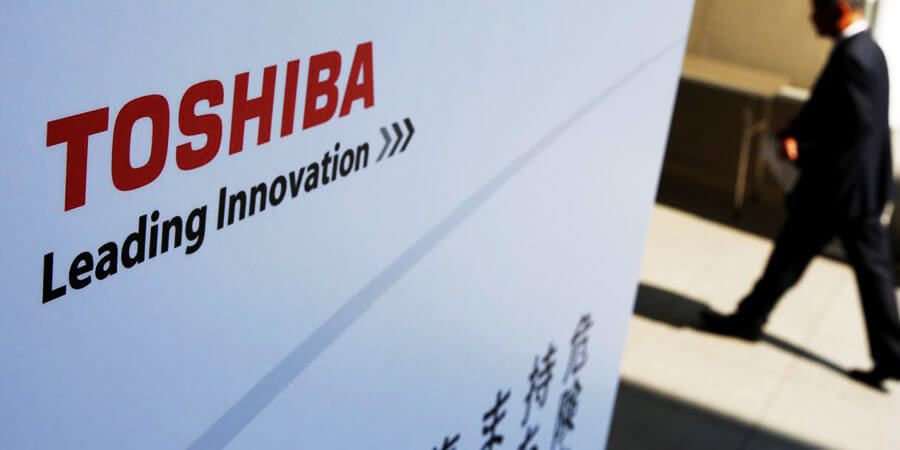 Toshiba has formally announced that it has finally completed the protracted sale of its prized chip unit. The Japanese conglomerate sold its memory chip business to an investment consortium for a fee of $21bn.

Toshiba was desperate to offload its chip unit in an effort to generate much needed finance following the disastrous purchase of US nuclear energy firm Westinghouse. The deal had been subject to a lengthy delay as Chinese regulators examined whether or not the acquisition could potentially violate anti-trust laws.

However, it has now been officially rubberstamped and approved by Chinese regulators. In a statement the group said, "Toshiba hereby gives notice that the closing of the sale has been completed today as scheduled."

The business was purchased by K.K Pangea, which is a special-purpose company controlled by a consortium led by prominent and powerful US investor Bain Capital. The Bain-led group includes US tech giants Apple and Dell, as well as South Korean chipmaker SK Hynix.

Toshiba has confirmed that it will reinvest a total of 350.5 billion yen in Pangea, acquiring a 40.2 percent stake. The sale and reinvestment will provide the Japanese firm with a pre-tax profit of 970 billion yen, though the bump was already built into forecasts it announced last month.

The firm booked a record net profit of 804 billion yen for the year ending March 31, compared with a loss of 965.7 billion yen a year earlier. That marks the first net profit for the firm in four years, and was helped by one-off revenue from tax cuts linked to the sale of its nuclear units.