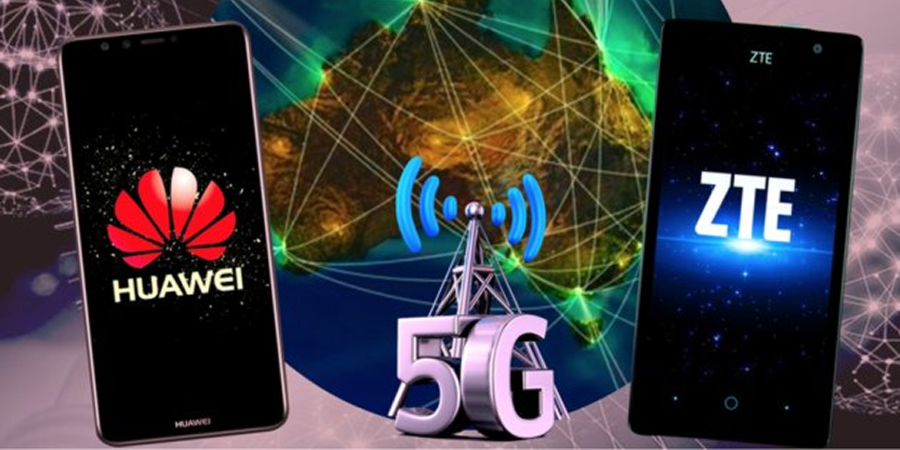 Chinese telecommunication vendors Huawei and ZTE have been dealt a hammer blow following the confirmation by the Australian government that both will be prohibited from participating in the rollout of 5G networks in the country.

The statement issued by the Australian government ends months of speculation regarding whether or not the Chinese telecom entities would be allowed to bid on the lucrative 5G contracts up for tender. It had initially been reported that due to security concerns expressed by the Australian intelligence community that Huawei would be banned from providing 5G technology to the country.

Huawei vehemently rejected the allegations that it posed a threat to Australia’s national security - and fiercely defended its security record. It was then reported that the Australian government was set to do a U-turn regarding Huawei’s participation following pressure by lobbyists from the UK and Canada.

However, it has now been officially confirmed that Huawei along with its domestic rival ZTE has been banned from bidding on 5G contracts in Australia. A Huawei representative expressed his disdain and disappointment at the decision made by the Australian government.

The spokesman said, "We have been informed by the government that Huawei and ZTE have been banned from providing 5G technologies to Australia. This is an extremely disappointing result for consumers. Huawei is a world leader in 5G and has safely and securely delivered wireless technology in Australia for close to 15 years."

A statement issued jointly by Acting Home Affairs Minister Scott Morrison and Communications Minister Mitch Fifield on Thursday said having any companies involved in the rollout who were subject to foreign laws that were in conflict with Australian law was too big a risk.

The government said that no amount of assurances from Huawei about not handling over Australian data to Chinese law enforcement was sufficient to mitigate any risk.

The statement said: "This new architecture provides a way to circumvent traditional security controls by exploiting equipment in the edge of the network – exploitation which may affect overall network integrity and availability, as well as the confidentiality of customer data. The government has found no combination of technical security controls that sufficiently mitigate the risks.”

Huawei or ZTE weren’t formally named in the official statement released by the Australian government, but it was made clear to other telco’s that involving either of the Chinese firms “may risk failure by the carrier to adequately protect a 5G network from unauthorised access or interference”.

“While we are protected as far as possible by current security controls, the new network, with its increased complexity, would render these current protections ineffective in 5G," it said.

“The government’s Telecommunications Sector Security Reforms, which commence on 18 September, place obligations on telecommunications companies to protect Australian networks from unauthorised interference or access that might prejudice our national security,” Morrison said.