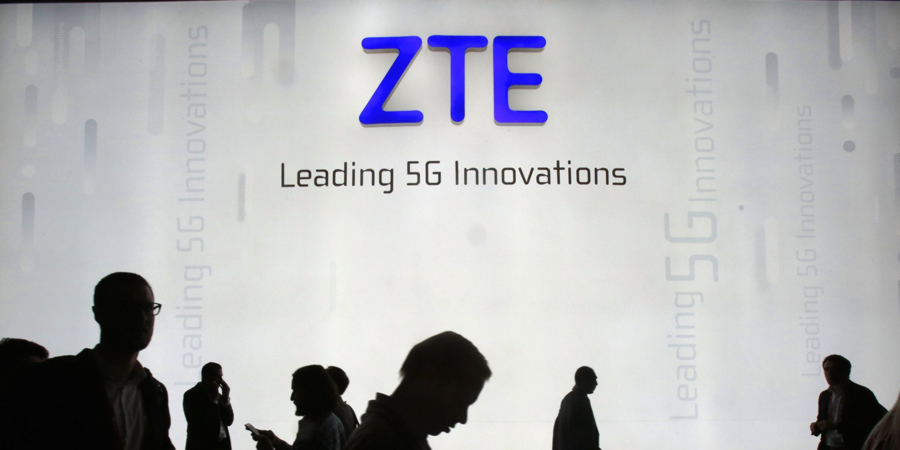 The early deployments of commercial 5G have kept increasing around the world after the first version of 5G standards was completed in June 2018.

Operators and vendors are busy preparing for pre-commercial 5G deployments because faster deployment means a much bigger market share in the next 10 years.

ZTE, declaring itself as the 5G pioneer, sticks with 5G as its core strategy and outperforms rivals in terms of 5G standard specification, technology innovation, product verification, and commercial deployment. Bai Yanmin, Vice President and General Manager of TDD&5G Products at ZTE, has outlined in detail that the Chinese vendor is well prepared for 5G competition.

In the end of March, we collaborated with China Mobile to make the first 5G call in Guangzhou in compliance with the latest 3GPP R15 standard and formally built up the field site for an end-to-end 5G commercial system.

The first 5G call was a key milestone in the commercial 5G progress and will boost 5G development and commercialization. Guangzhou is a pilot city of China Mobile for 5G field tests and also an important base for ZTE to push commercial 5G use.

Early in June 2017, ZTE constructed the world’s first pre-commercial 5G base station in Guangzhou and finished key tests in collaboration with China Mobile, verifying KPIs and technical solutions of 5G NR at 3.5 GHz including the coverage, speed, capacity, and latency.

ZTE outperformed the competitors in completeness, time, and quality of test cases and gained extensive experience for commercial 5G deployment. As a core partner of China Mobile, ZTE will go hand in hand with China Mobile to build 5G trials and develop the 5G industry.

Innovation has been the main source of 5G competitiveness within vendors. What advantages and highlights does ZTE have for innovation in terms of key 5G technologies?

Innovation is indeed the primary driver. Our unique and innovative gene will put ZTE in an invincible position in the competition. We lead 5G innovation in three aspects.

First, ZTE is the pioneer and leader of Massive MIMO, the key technology in 5G. Based on the precise and mature channel estimate algorithm and proprietary MU-MIMO mechanism, Massive MIMO enhances the spectrum efficiency by six- to eight-fold and thus increases cell capacity significantly.

In June 2014, ZTE was the world’s first to propose innovative Pre5G concept that could apply Massive MIMO in 4G and brings near-5G experience to users on their 4G terminals. With extensive verification and commercial experience, ZTE won top awards in the telecom industry: the Best Mobile Technology Breakthrough and Outstanding Overall Mobile Technology—The CTO’s Choice 2016 at the Mobile World Congress 2016. So far, ZTE has put Pre5G Massive MIMO into commercial use for four years and has deployed in more than 110 networks in over 60 countries including China, Japan, Austria, Singapore, Spain, Malaysia, Thailand, and Indonesia. ZTE has gained rich experience in the commercial use and operation of Pre5G. This has laid a solid foundation for mature commercial use of Massive MIMO in 5G.

Second, ZTE is the main force to promote non-orthogonal multiple access (NOMA) for 5G. As the first drafter of NOMA, ZTE took the lead in initiating the NOMA research project in 3GPP. NOMA can be implemented in several ways, among which is multi-user shared access (MUSA) proposed by ZTE. The MUSA supports both grant-free and high-burst transmission, allowing the system to access much more users with the same time and frequency resources. We believe that MUSA will be an international standard. Moreover, ZTE is a member of international mainstream standard organizations such as ITU, 3GPP, IEEE, and NGMN. ZTE has submitted more than 4700 international proposals in total on 3GPP 5GNR/NGC and has become the editor in three 5G key specifications and the vice chair in RAN3.

Thirdly, we have invested a lot in 5G chip technologies and achieved a good result. Based on outstanding capability in 7nm chip design and development, we have launched self-developed multi-mode 5G baseband chips and digital intermediate-frequency chips that have a superior architecture and powerful functions.

OVUM predicts that 5G will be put into commercial use in 2019 and will be commercially deployed on a large scale around the world in 2020. There are only two years left, so what has ZTE done towards 5G commercialization?

The horn of initial 5G commercial deployment has sounded, and ZTE has been ready.

In terms of 5G tests and verifications, ZTE has begun collaboration and tests with more than 20 well-known operators around the world such as China Mobile, China Telecom, China Unicom, Japan’s SoftBank, Telefonica, Orange, Italy’s Wind Tre, Belgium’s Telnet, and VEON. We are ready to provide services and products for first-round commercial 5G deployment all over the world. ZTE signed agreements with Wind Tre, the biggest Italian mobile operator in Italy, and Open Fiber, a leading fixed operator in Italy in October 2017, aiming to build the first pre-commercial 5G network in Europe.

Promoting the industrial cooperation is also a key for 5G commercialization. ZTE has established extensive cooperation relationships with partners in whole telecom industry chain. In 2017, ZTE collaborated with China Mobile and chip vendors to conduct the world’s first 3GPP-compliant low-frequency interoperability development test (IoDT), which became a milestone in the 5G industry.

In short, with the large-scale commercial 5G deployment approaching, we will continue to invest greatly in 5G R&D and maintain our leading position to build the best 5G network and help operators move toward new business growth and achieve win-win results.

As the big tide of commercial 5G deployment is coming, what do you suggest for the future network deployment of operators?

NSA focuses on enhancing the bandwidth in hotspot areas. It has no independent signaling plane but relies on 4G base stations and 4G core network. However, SA is independent of any network and provides both the control plane and user plane to achieve all new 5G features and practise all 5G capabilities.

After long-term comparison and field-testing, we conclude that SA is a better choice than NSA in terms of network performance, networking complexity, and construction cost. As for network coverage, which bothers operators the most, SA performs as good as the 4G network. As 3.5 GHz (3.3 to 3.8 GHz) is the primary frequency band in the initial 5G deployment, the coverage capability that 3.5 GHz NR provides has great impact on an operator’s option of deployment.

After many link estimations, system simulations, and 5G field tests in Guangzhou, Shenzhen, and Xiongan, we found that 5G NR at 3.5 GHz could provide network coverage equal to or even better than that of the 4G network. This means that 5G NR at 3.5 GHz has the exact independent networking ability that SA can have.

So we recommend that operators select SA for their 5G network deployment. The SA option can not only protect their existing 4G investment but also ensure customers have a brand new and excellent 5G experience. The network deployment can begin with low-frequency technologies to achieve fundamental coverage. When traffic grows to certain extent, high-frequency technologies can be used to increase network capacity and speeds.

China is devoted to building the country into a cyber power, so it has been actively involved in the 5G field. What do you think of China’s position and role in the global 5G arena?

China has indeed been actively involved in the 5G field. It is now agreed in the industry that China has become a leader in the 5G era.  From the standards perspective, Chinese telecom enterprises have contributed approximately 40% of total 5G proposals in 3GPP, and Chinese experts have taken a big proportion in each 5G working group.

From the policy perspective, Chinese government plans to build the world’s largest commercial 5G network. Also, China is the first country to release 5G frequency bands. These are positive signals for 5G deployment in China.

The scale effect brought about by China’s enormous market will greatly boost the 5G industry. Industry partners around the world including system, terminal and chip vendors are all willing to move around the China’s 5G market, know clearly its 5G commercial requirements, and to create 5G end-to-end industrial chains in China. Meanwhile, the cost advantages brought by the economies of scale of China’s 5G networks can be shared globally. So we believe that 5G will have a promising prospect in China.