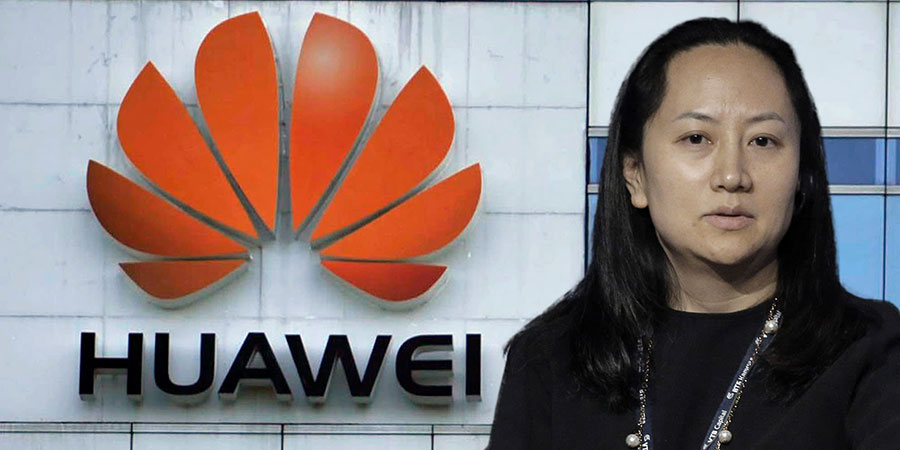 The recent arrest of telecoms giant Huawei's chief financial officer Meng Wanzhou has raised doubts over the recent trade truce agreed by US President Donald Trump and his Chinese counterpart Xi Jinping and has confirmed that Huawei has been under attack in an increasing number of countries for political reasons that Canada refused to admit.

In a statement, the Chinese embassy in Ottawa urged Canadian officials to “correct the wrongdoing and restore the personal freedom of Ms. Meng Wanzhou,” whose detainment they called a serious human rights violation. The statement said Canada arrested a Chinese citizen who was “not violating any American or Canadian law," and that the Chinese government "firmly opposes and strongly protests over such kind of actions.”

Canada defended its arrest of an executive of Chinese tech giant Huawei on a US extradition request after markets wobbled on fears of fresh friction between Washington and Beijing. With China demanding the release of Huawei chief financial officer Meng Wanzhou, Canadian Prime Minister Justin Trudeau said officers who arrested as she was changing planes in Vancouver had acted on their own.

“I can assure everyone that we are a country with an independent judiciary,” Trudeau told a tech conference in Montreal. “And they took this decision without any political involvement or interference.”

Citing a court-ordered publication ban sought by Meng, Trudeau declined to comment further on the case, which according to a US senator was brought over Huawei's activities in Iran.

The arrest took place on the same day that the US and Chinese presidents, Donald Trump and Xi Jinping, had met for a long-awaited summit in Buenos Aires and spoken of easing an intensifying trade row.

China said that Meng, the daughter of Huawei founder Ren Zhengfei, a former engineer in China's People's Liberation Army, had violated no laws in either Canada or the United States. “We have made solemn representations to Canada and the US, demanding that both parties immediately clarify the reasons for the detention, and immediately release the detainee to protect the person's legal rights,”

Chinese foreign ministry spokesman Geng Shuang said in Beijing. Huawei also said in a statement that it was compliant with “all applicable laws and regulations where it operates.”

Huawei's affordable smartphones have made strong inroads in the developing world, but the company has faced repeated setbacks in major Western economies over security concerns.

What is more surprising is that Washington knew in advance about Huawei executive’s arrest. Trump's national security adviser, John Bolton, acknowledged that he knew that Canada was planning to arrest Meng just as all eyes were on the summit in Buenos Aires.

“I knew in advance. This is something that we get from the Justice Department,” Bolton declared. He said he was not sure whether Trump was also aware. “These kinds of things happen with some frequency. We certainly don't inform the president on every one of them," he said of the arrest.

Bolton also declined to discuss specifics over Meng's arrest, saying it was a matter for law enforcement.

“But we've had enormous concerns for years,” Bolton said, “about the practice of Chinese firms to use stolen American intellectual property, to engage in forced technology transfers, and to be used as arms of the Chinese government's objectives in terms of information technology in particular. So not respecting this particular arrest, but Huawei is one company we've been concerned about,” he said.

Senator Ben Sasse earlier linked Meng's arrest to US sanctions on Iran, which Trump is trying to squeeze economically after withdrawing from a denuclearization deal. Sources said that the United States saw the arrest as providing leverage in trade talks. But White House trade advisor Peter Navarro denied Meng's detention was linked to the US-China dialogue.

Canada's cyber security chief said the country could face retaliatory cyberattacks. “I think one of the key things is that we always have to be resilient no matter what the possible trigger could be,” Scott Jones, director of the Canadian Centre for Cyber Security said.