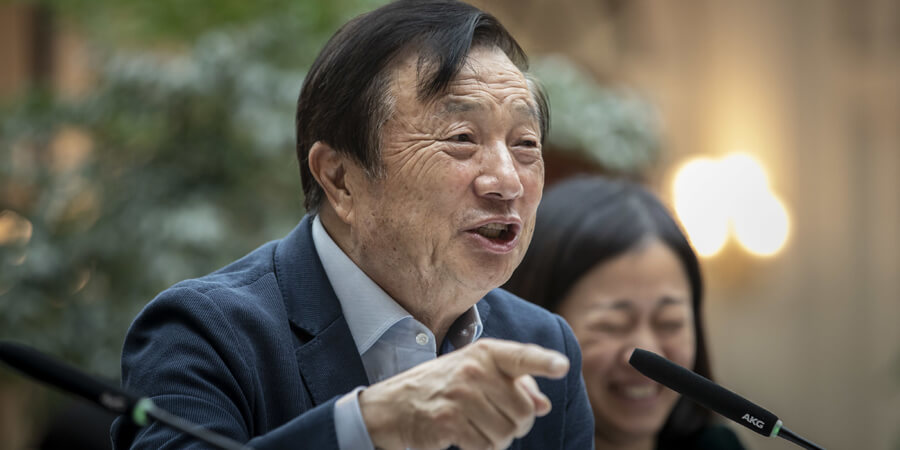 Huawei founder and CEO Ren Zhengfei has dismissed fears the Chinese technology leader will be left in a perilous position following the ban imposed by President Trump, by declaring that the US ‘underestimates the strength of his company’.

Ren was speaking to Chinese media as the fallout from the US ban deteriorated when it emerged that Google was cutting ties with Huawei. Google’s Android operating system powers the vast majority of the world’s smartphones – and Huawei recently overtook US behemoth Apple in terms of global sales.

The Google ban sparked fears amongst the hundreds of millions of Huawei smartphone users that their phones would now be left redundant. Huawei moved swiftly to dispel any fears their smartphones would no longer work, and users now risk losing access to important upgrades to Android released by Google in future, although for now Huawei said it would continue to provide security updates.

The Chinese company will only be able to access software patches and distribute them from Android's open source project, not proprietary information retained by Google, meaning that apps on Huawei phones could become unusable.

However, despite all the controversy and uncertainty, Huawei’s leader remained defiant and insisted Huawei’s growth and position as a leader in 5G technology would not be effected.

Ren said, “The current practice of US politicians underestimates our strength. Huawei's 5G will absolutely not be affected. In terms of 5G technologies, others won't be able to catch up with Huawei in two or three years.”

US officials have decided to postpone Huawei’s ban from the US market for 90 days - in order to properly prepare themselves for the inevitable disruption an immediate ban would have.

A statement from the US Commerce Department has declared that the delay will not change the ban that has been imposed by President Donald Trump, despite the fact that the action is likely to have major implications for a number of US firms, such as Intel, Qualcomm and Microsoft. Huawei has been banned by the US on the grounds that it is a threat to national security.

However, because of the multiple deals the Chinese telecommunications company has with US firms - the Commerce Department has granted them a temporary license which will allow Huawei to continue doing business in the United States for the next 90 days.

Secretary of Commerce Wilbur Ross says that the temporary license will allow US companies the opportunity to pursue other arrangements in light of the impending Huawei ban.

Ross said, “The Temporary General License grants operators time to make other arrangements and (gives) the Department space to determine the appropriate long term measures for Americans and foreign telecommunications providers that currently rely on Huawei equipment for critical services.

In short, this license will allow operations to continue for existing Huawei mobile phone users and rural broadband networks."

The US and China have been engaged in protracted trade negotiations that show no signs of reaching a satisfactory conclusion for both parties. Many economists and analysts believe that US aggression towards Huawei and ZTE is primarily to give Washington officials’ greater leverage in their face off with Beijing.

However, many have pointed out that the ban on Huawei could have severe repercussions for many US companies in the ICT sector.