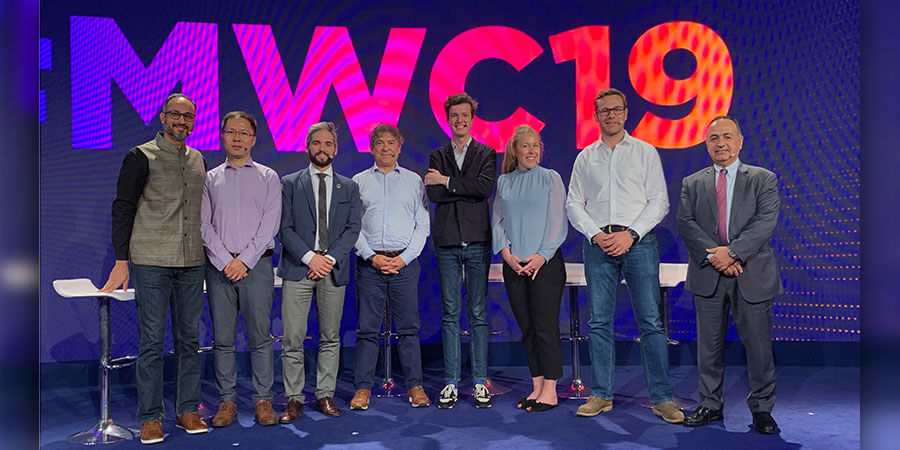 At MWC Shanghai 2019, Telecom Review attended a panel discussion titled ‘Future Tech Today’ which featured some key startup representatives and emerging tech experts who all spoke of the ways in which they plan to help societies of the future through the innovation of healthcare, education, agriculture and architecture, among many others. The panelists included Saathealth’s Founder and CEO Aakash Ganju, Strelka KB’s AR/VR expert Ivan Puzyrev, AWA’s Head of Innovation Cathrin Johansson, Eduardo Alarcon, CEO of Tokylabs, George Palamarizis, CEO & founder of Erga Plus and Director of Emerging Technologies at Ultrahaptics Jonny Codling. The panel was moderated by Telecom Review’s very own founder and Editor-in-Chief, Toni Eid.

A variety of leading innovators came together to discuss how they plan to, or already have, revolutionized certain sectors by leveraging the benefits of emerging technologies.

The panel moderator, Toni Eid, began the discussion with a short presentation about the current technology ecosystem. 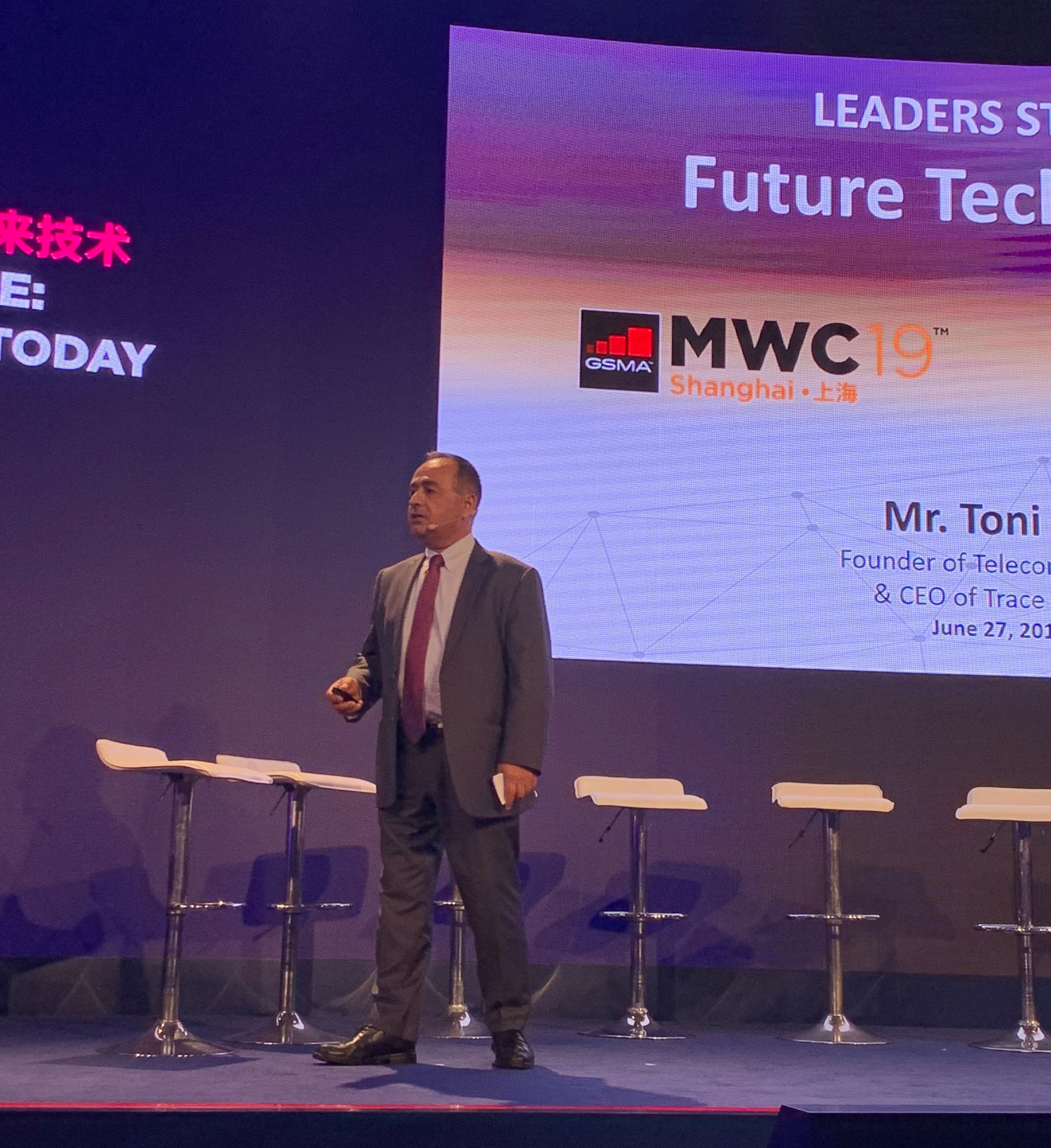 “There is no doubt that our industry is witnessing the fastest and most rapid change in years. But, that opens opportunities for lots of innovations in all sectors,” he said.

He added, “When you live in a world full of technology and surrounded by an intelligent environment, your life changes. Our world is definitely getting smarter and life is already changing hastily. Doesn’t it make us wonder where will we reach next in the coming years?”

Aakash Ganju started off the discussion with how emerging technologies could be used to eradicate poverty and malnutrition. The innovator developed an app called Saathealth which he tested out on a community in Mumbai, India where he saw it reaped great rewards for the community. Aakash believes that children are the future, so it is vital to invest in them to ensure a healthier and better educated society. This will in turn contribute to greater economic opportunities.

The company’s vision is to build healthier childhoods through bettering the general health of children especially through nutrition with a particular focus on early childhood development. He stated that for every dollar invested into early child education, the return on investment could reach up to 13 dollars. He noticed a 70% improvement in children’s health from families that used the app compared to those who did not. Indeed, informing parents about the right decisions they should be making is a very powerful tool in the long run.

“5G, IoT, AI, AR/VR are changing the world,” he said. “It opens up incredible opportunities. It helps transform lives by connecting us with each other and our devices. It is a great time to be a part of the mobile world.”

In reference to the fast-paced tech industry, he added, “I think with the pace at which things are moving, we should strap ourselves in and put on our helmets.”

Following Aakash’s presentation on Saathealth, another innovator in the health sector, Dixon Feng, China’s GM at NeuroSky, took to the stage to showcase his latest innovation, featuring the use of ECG biosensors to enhance academic performance. Feng spoke about NeuroSky’s latest innovation in the education industry: precision education.

He has been working in the semiconductor industry for almost two decades and helped develop ‘The Effective Learner + Study Trainer’ to detect brainwaves to assess and plan learning performance through developing personalized teaching methods. The product is an innovative extension to the well-known ‘Pomodoro technique’ for studying. This method of studying helps with memory retention which is characterized by setting a timer for 25 minutes, working on a specific task until the timer runs out, followed by a 5 minute break and then repetition of the cycle for 4 times. Also, the product analyzes the performance of the consumers through algorithms which can detect their peak performance behaviors as well as the consumer’s tendency towards negative and positive emotional states.

After Dixon Feng’s interesting presentation, a tech entrepreneur who was also previously involved in academia took to the stage to speak about his startup and how it will help the children of the future become more innovative. Eduardo Alarcon, TokyLabs entrepreneur, developed the TokyMaker which allows anyone to create their own tech project within 5 minutes with no previous knowledge about software developing or coding. The Spanish Robotics entrepreneur revealed for the first time ever in public, his partnership with Google Education.

The platform TokyMaker encourages youngsters to take up STEM subjects and leverage students’ knowledge and creativity along with the ease at which algorithms can be created through the platform to develop their very own projects.

Following this, George Palamarizis spoke of his company Erga Plus and how it has taken measures into developing new ways to use emerging technologies to increase the efficiency at which legacy industries work such as agriculture and aquaculture.

The startup is based in Greece and focuses a great deal on revolutionizing agriculture through IoT, robotics and AI to ensure greater quality as opposed to quantity. The methods he mentioned included the use of drones for planning and landscaping through the use of high precision imaging and also the automation of drones to autonomously take off and come back to the initial location.

As agriculture is one of the key areas of the company, they have been working with farmers to help them understand how to navigate the future, eradicate hunger and save on water, all with the help of emerging tech.

The next panelist, Cathrin Johansson, Head of Innovation at AWA Sweden, spoke about a platform that manages patents and analyzes competition. Indeed, patents are an essential part of the tech industry as it is a fast-paced, fast-growing environment with people trying to create the next best thing. Patents reserve ideas of new inventions so that others don’t steal it and use it.

PatAlert helps clients understand the context of their job, their inventions and most importantly, their competition. It is an innovative take on traditional competitor watching in that it produces analysis that shows the user if others have developed or are in the process of developing a similar product/service and how many competitors they are up against. What is more is that it also alerts them when some new information needs to be brought to their attention.

Moreover, the use of AR and VR can really revolutionize many industries. AR/VR expert Ivan Puzyrev spoke about the role which his organization plays in transforming various industries in Russia. Strelka is a tech company based in Moscow, Russia which has taken the combination or AR and VR to a whole new level, allowing citizens to design the landscape of their cities to match their individual tastes. Not only does this provide the public sector with data on what consumers are really looking for in terms of infrastructure-related aspects such as the likes of street lighting and landscaping, but it also acts as a way to make it an enjoyable experience for the customer.

He began his presentation by stating, “Media channels are helping transfer information from one channel to another. First it was through books, then through recordings and then came radio, TV, the internet, and social media platforms and the big question is: what’s next?

Ivan proceeded to speak about the phenomena that are AR, VR and Mix R and spoke of the prospect of XR, mixed reality and how combining that with IoT could give us what he likes to call ‘spatial computing’. To build on this, he gave an example of how restaurants could use this kind of technology to give the customer a sort of taste of what is on the menu. This would mean that the consumer could see and smell the dish before having ordered it!

Building on Ivan’s interesting talk, Director of Emerging Technologies at Ultrahaptics, Jonny Codling, spoke of the next up-and-coming tech featuring extended reality and how it could essentially transform the way we interact with the world.

“This will change everything. It will change how we play, how we work, what content and applications we will engage with, what brands we will touch,” he said. Emerging technology, “combined with low latency and 5G, a whole new range of services will be possible.”

He, like Ivan, believes the key element around AR and VR is that compound effect of adding other senses to the mix.

“Interfaces are going 3D, moving from the traditional mouse and keyboard, to touch screens and now to 3D spatial interfaces. Today this is most noticeable in applications such as Nintendo Wii and Switch, Ubisoft’s Just Dance and popular VR applications.”

Their latest product features an array of 256 small ultrasound speakers that are triggered at very specific timings. Algorithms control speakers in a way that the consumer can actually feel the multiple speakers creating pressure points on their skin and that pressure point could, in turn, create vibrations that could be felt on their hand. This, combined with leap-motion hand tracking technology, could create 3D effects for the consumer to feel the pressure points as their hand movements are tracked.

“Ultrahaptics are the global leaders in mid-air haptic technology.”

“In the short term, I think digital, advertising and location-based entertainment will benefit the most from Ultrahaptics technology. Basically, anywhere where there’s an open appetite for innovation. In the long term, I think it’ll be the automotive industry, especially when combined with hygienic applications. The world is becoming more aware of the transfer of germs so maybe in the future, Ultrahaptic technology could be used in a way to virtually interact with things to ensure greater hygiene,” he concluded.

He kicked off the discussion by asking Aakash, “What do you think is the influence of your technology on the future of healthcare in India?” to which Aakash replied, “The impact is quite massive. We just need to figure out how we are going to integrate with other ecosystem players within the healthcare industry. That’s the conversation we’re having right now.”
He added, “The technology is there, we need to find a way to use it to give all consumers a chance to experience better healthcare.”

“I believe that IoT is not just Internet of Things, but it is the Internet of Everything. Where do you think you stand in this? What are you focusing on?” inquired Toni, in reference to Eduardo Alarcon’s TokyLabs and its position in the IoT ecosystem.

Eduardo responded: “Twitter talks to Instagram, Email talks to Facebook, my watch talks to my LinkedIn, and so on. So we can have multiple conversations with our devices, but those devices are physically designed, elegantly executed and also predefined. You cannot open those devices, you cannot open Google Home or Alexa and change their behavior, right?”

He added, “Once everything is interconnected in a way to they do our jobs for us, what would we do? Would take the week off or maybe the whole year? There will always be needs! We will always need to work on creativity and innovation and we will always need to work on interpersonal relations, these kinds of things will always happen so to do that, you need a device that is open for you to change the behavior and mold it in a way that you want. That’s our value in the IoT atmosphere. We are innovating not by only using emerging technologies, but also modernizing in way that gives everyone access.”