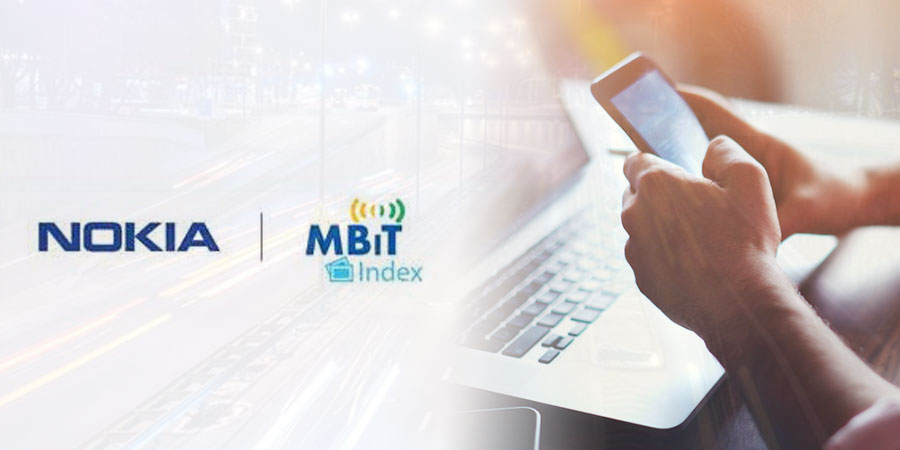 Nokia launched the 8th edition of its Mobile Broadband India Traffic Index (MBiT) 2021 on mobile broadband performance in India in the year 2020. The report highlights that the data traffic in India grew approximately 60 times over the last five years which is amongst the highest globally. In 2020, the data traffic grew by 36% YoY primarily due to rise in 4G data consumption as 4G subscribers surpassed 700 million with 100 million new additions during the year. 4G alone constituted nearly 99% of the total data traffic consumed across the country. Categories A, B and C saw higher growth rates than metros due to operator focus on 4G.

According to the study, the average monthly data usage per user reached 13.5 GB in December 2020, growing over 20% annually owing to an increase in data subscribers and mobile video consumption. New users from rural areas also contributed to the rising monthly data usage. Mobile emerged as primary source of entertainment and productivity as an average Indian spent approximately 5 hours daily on a smartphone which is one of the highest averages globally. Short video format was the fastest-growing content category. With surging internet users, total time spent monthly on short content is expected to grow four times by 2025.

Relating to device trends, the report reveals that the 4G device base surpassed 607 million units reaching a 77% penetration level. VoLTE devices constituted 93% of the total LTE handsets. There are already 2 million active 5G devices in use across the country. A double-digit growth is expected in 2021 for the smartphone industry as people embrace hybrid work models, e-learning, and consume content over OTT platforms. The launch of low-cost 4G smartphones will provide the necessary headroom for data growth with a significant number of 2G/3G subscribers potentially upgrading to a 4G smartphone.

The 2021 MBiT report also explores the potential of fixed broadband. With only 22 million fixed broadband subscribers, there is a significant growth opportunity for this segment. As India prepares to launch 5G amidst COVID-19, fixed broadband accessibility through Fixed Wireless Access (FWA) and FTTx will help generate a new revenue stream for operators.