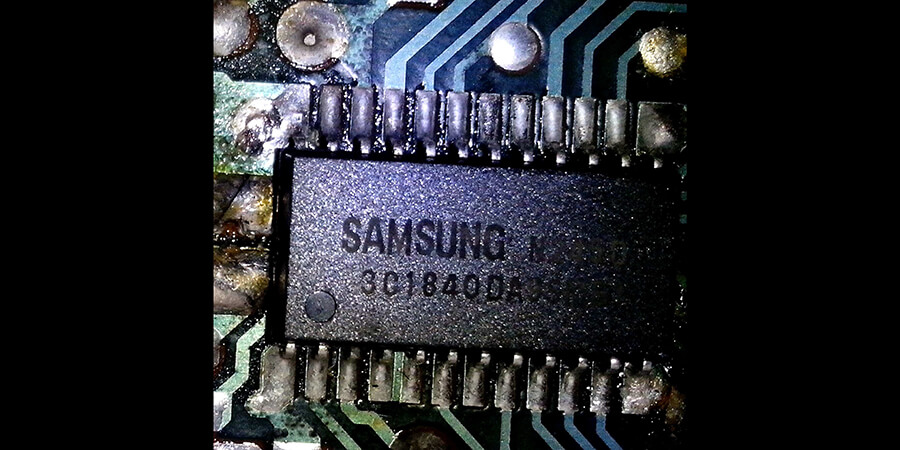 One of the world's largest electronic device producers has been weighing its options where to construct an advanced chipmaking plant in hopes of winning more American clients and narrowing the gap from other semiconductor chip leaders like TSMC.

In line with Samsung Electronics’ plan to construct a $17 billion chip plant in Texas, the city of Taylor offers extensive property tax breaks if it is chosen by the South Korean tech giant. It is competing against Samsung’s current chip manufacturing base, Austin.

Project Silicon Silver initially targets to add about 7 million sqft of new space to the Austin campus, where the company has had operations for decades. Moreover, the project sets to create 1,800 jobs over the first ten years.

Currently, a proposed resolution from Taylor indicates that the land Samsung will use in the city is offered a grant equivalent to 92.5% of assessed property tax for ten years, 90% for the following ten years, and then 85% in the ten years after that. Other measures include the repayment of development review costs.

The huge tax breaks seem ideal which puts Taylor at an advantage. In retrospect, the company already has a long history of working with state and local governments on tax incentive deals, including Travis County’s $65 million rebates to Samsung as part of an incentives agreement between 2009 and 2019.

The mega-sized investment decision is yet to be official. To illustrate, the Taylor site is located about 25 miles (40 kilometers) from Austin and will be about 1,187.5 acres (4.81 square kilometers) in size, much bigger than the Austin site. The new chip manufacturing site will break ground by the first quarter of next year with production due to start by 2024-end.

Along with this billion-dollar chip plant, Samsung also announced its plans to invest 240 trillion won over three years in its most important businesses for the future: chips, telecommunications, biopharmaceuticals, robotics, artificial intelligence, and quantum computing. Around 180 trillion won will be invested in Korea and the rest will be spent outside of the nation.

Ready to expand its footprint again in Texas, Samsung has opened its first Austin plant in 1997. In this city, the campus covers roughly 300 acres and employs around 3,000 people. With the soon-to-be-established plant, the state will soon be home to a tech plant that contends with Tesla’s Gigafactory in terms of investment and job creation.

It is worthy to note that semiconductor manufacturers are now the metro’s largest employers after being among the first tech companies to base themselves in Austin.

US Sen. John Cornyn, R-Texas, the proponent of the CHIPS for America act, said that without such plants, the US won't be able to compete with China and limit its reliance on imports. "If for some reason our access to the semiconductors made in Asia were cut off … as a result of a conflict or some kind of pandemic or a natural disaster, it would have dramatically bad consequences on the United States.”