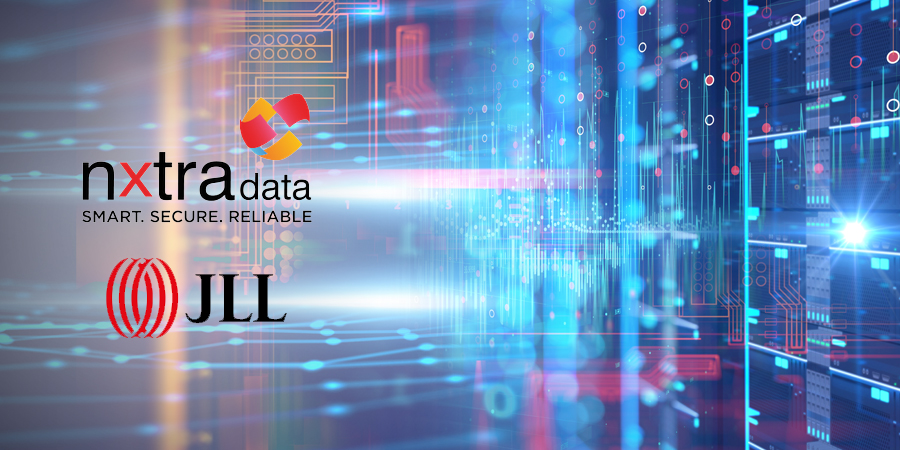 India’s data centre industry is poised for a sustained period of growth, driven by a diverse range of consumption and demographic trends, says Nxtra by Airtel, the data centre subsidiary of Bharti Airtel, India’s premier communications solutions provider, in association with JLL India, the country’s largest real estate consultancy and professional services firm. The launch of a joint study projects that the expansion of the Indian data centre industry will be supported by the accelerated adoption of digital infrastructure led by the pandemic, rising digital usage, cloud consumption and the national 5G rollout.

According to Nxtra by Airtel and JLL analysis, much of the industry growth will centre around Mumbai and Chennai due to their business and infrastructure advantages, strategic location, and cable landing stations that are well-positioned to support and enable the growth of data centres across India.

Further, the study also shows that the convergence of data protection, strong demand from cloud players, migration from captive to cloud, industry-friendly regulations, government’s digital initiatives, and investments will spearhead the ongoing growth of the data centre industry in India.

“India’s digital transformation is expected to create an economic value of US$1 trillion by 2025. Apart from existing sectors, new areas like agriculture, healthcare, logistics, jobs and skills market, e-governance and other areas, coupled with advanced technologies, will lead to significant growth of data storage and computing. The Indian data centre industry will act as the backbone, enabling India to emerge as a global hub. Owing to their locations and infrastructure, Mumbai and Chennai are expected to be the largest beneficiaries of potential growth in India’s data centre market,” said Rachit Mohan, head, Data Centre Advisory, India, JLL.

Rajesh Tapadia, CEO, Nxtra by Airtel said, “The data centre industry is witnessing exponential growth, given India’s strategic location in the region. Chennai with its host of infrastructure advantages like highest internet speeds in the country, availability of submarine cable landing infrastructure, land supply, green energy options, supportive government policies and skilled manpower will emerge as the next data centre hub after Mumbai. As the industry attains infrastructure status, data centre expansion will further accelerate and with it the inherent need for sustainable measures. Sustainability will be a huge focus for the industry and our efforts to reduce carbon footprint will play a big role in India becoming a preferred data centre hub in Asia Pacific.”

The report highlights that while India’s data centre future will largely depend on coastal cities with ready access to cable landing stations, landlocked cities like Delhi NCR, Hyderabad, Bangalore, Kolkata, and Pune will also be beneficiaries of a growing data centre industry. The Delhi NCR region’s data centre industry has been supported by regulatory incentives and has the potential for large demand from government organizations. Pune has developed as a disaster recovery location for banking, financial services and insurance (BFSI) players due to its proximity to Mumbai. Bengaluru has a higher proportion of on-premises data centres operated by global in-house centres of global technology firms. Kolkata located in the densely populated eastern region of India is expected to have a new cable landing station in the next few years and will emerge as an important location.

According to the joint research, India’s digital journey is accelerating rapidly, and cloud, data centre, and telecom players are adopting various strategies to capture a share of this growing market. Nxtra by Airtel is well aligned with this journey and to invest Rs 5,000 crores by 2025 to further scale up its largest network of 11 large and 120 edge data centres, fully integrated with Airtel’s global submarine cable network and landing stations. The investment will include new data centre parks in key metro cities and will triple Nxtra by Airtel’s installed capacity to over 400 megawatts (MW). Nxtra by Airtel has commissioned three captive solar power plants to source green energy to power its datacentres and is committed to achieving 50% of its power requirements through renewable energy sources in the next 12 months.