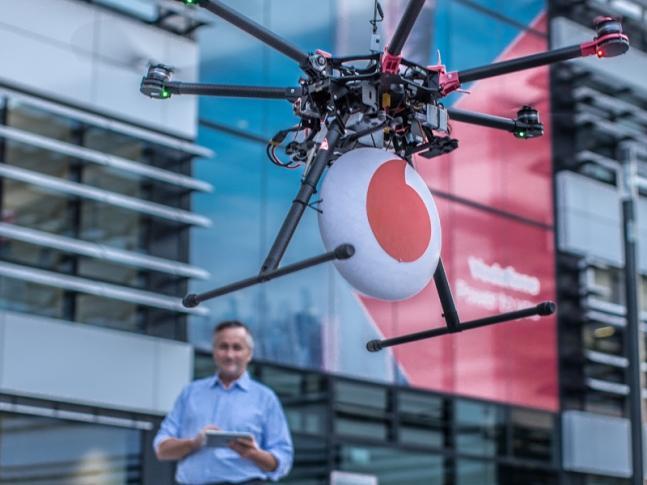 British telecoms giant Vodafone reported that its annual earnings would probably be low in India due to high competition and difficulties, but it remains confident about its performance in both Europe and Africa.

In a statement, Vodafone said that underlying profit – as measured by earnings before interest, taxes, depreciation and amortization (EBITDA) – would be lesser than its prior guidance of between 15.7-16.1 billion euros (around $17 billion).

“We anticipate intense competitive pressure in India in the fourth quarter and are taking a series of commercial actions,” said chief executive Vittorio Colao, which includes expansion of 4G network technology. “Our overall performance in Europe and Africa remained strong during the third quarter, reflecting good execution,” he added. “In Europe, service revenue growth continued, led by Italy, Germany and Span.”

However, India remains a struggle for Vodafone because of challenging trade. The company booked a vast 6.4-billion-euro impairment charge on its investment for the first half of the current financial year, AFP reported.

Vodafone recently announced it was in talks to merge its Indian unit with Idea Cellular in a bid to create the largest telecoms company in India. Vodafone India issued a statement and declared that there is no certainty any agreement will be reached between the two operators, but conceded if it did, that it would result in the de-consolidating of Vodafone India.

The statement said: “Vodafone confirms that it is in discussions with the Aditya Birla Group about an all share merger of Vodafone India (excluding Vodafone's 42% stake in Indus Towers) and Idea. Any merger would be affected through the issue of new shares in Idea to Vodafone and would result in Vodafone de-consolidating Vodafone India. There is no certainty that any transaction will be agreed, nor as to the terms or timing of any transaction.”

Vodafone’s revelation of the merger discussion ended months of speculation that the two operators were exploring the idea of aligning to fend off Reliance Jio, the company whose recent arrival in India shook up the country’s competitive mobile network market.

Reliance Jio, owned by India’s wealthiest national, began operations with great anticipation from the public last year. The 4G Jio network launched in September with an audacious free service for the rest of 2016, followed by vastly cheaper data plans and free voice calls for life.

Reliance Jio’s introduction forced its rivals to follow suit and slash their tariffs and left them struggling to match the deep pockets of Jio, which is backed by India’s extremely wealthy energy-to-chemicals conglomerate Reliance Industries.