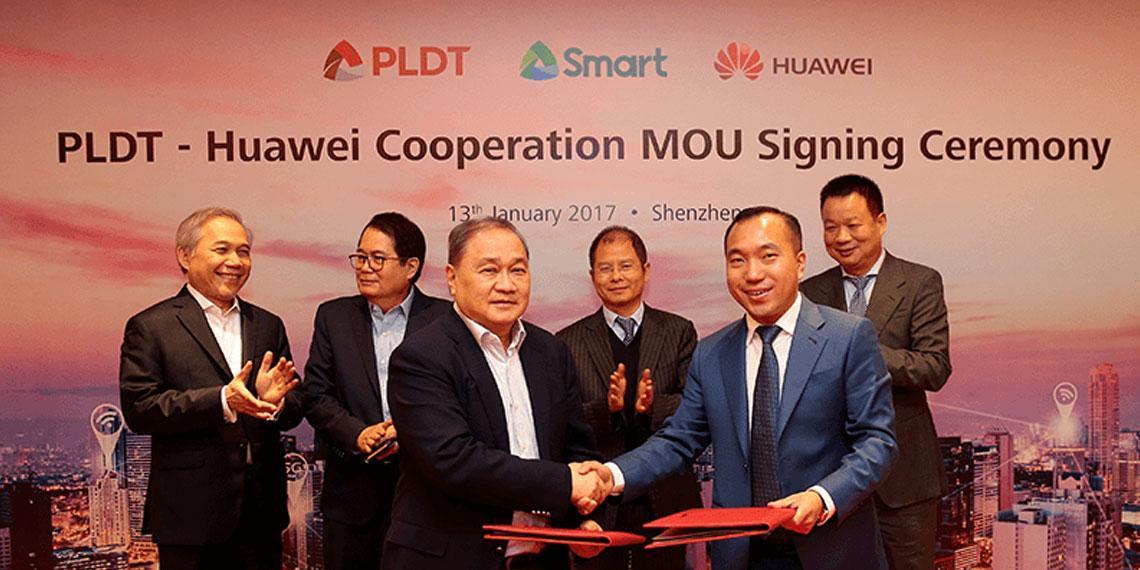 Huawei has officially announced details of a partnership with the largest telecommunications company in the Philippines. The Chinese colossus entered into an agreement with Philippine Long Distance and Telephone Co. (PDLT) in an attempt to combine efforts to roll out a 5G wireless network in the Asian archipelago by 2020.

The Philippines nation contains some of the world’s most active internet users, but that is countered by the fact it has one of the slowest average connection speeds. The increase in smartphone usage continues to rise – with researchers suggesting that around 33 million people own smartphone devices.

PDLT and Huawei brokered an agreement last month to conduct research and development into 5G broadband wireless technology for the Philippines. A spokesman for PDLT, Ramon Isberto pointed to the fact that Huawei was an industry leader in 5G technology as the main reason for the collaboration.

He said: “They are one of the companies that are leading in the research and development of 5G technology and are already involved in PLDT's landline and mobile phone services.” Huawei is recognized as the third largest smartphone maker in the world, and operates in 170 countries; it has outlined ambitious plans for the US and other global markets as it increases its efforts to expand.

Management at Huawei expressed their desire to become the world’s top producer of smartphones over the next five years despite some controversy over its ties in Beijing. Concern has been raised over the Ren Zhengfei, who founded the company in 1987 – in relation to close links he has with the Chinese military and government. This claim has been categorically denied by Huawei.

However, it subsequently led to decision by the US and Australia to bar Huawei from any involvement in broadband projects due to espionage fears.

Relations between Manila and Beijing have been rocky amid conflicting claims over the South China Sea and China's militarization of the resource-rich waterway. But under Philippine President Rodrigo Duterte, there has been a warming of bilateral ties.

The PLTA spokesman concluded by saying the controversy over Huawei's links with the Chinese government was not a concern, stressing that foreign companies only provide technology. "At the end of the day, we run our networks," he said.