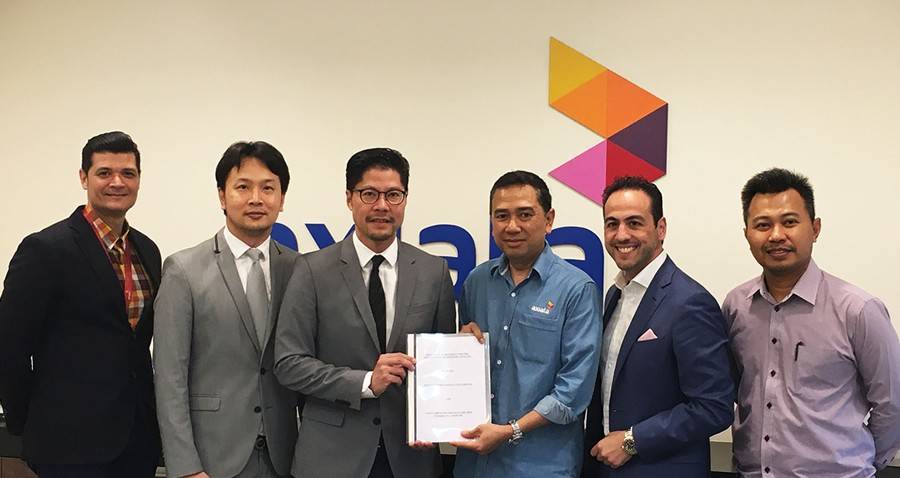 The partners inked the deal for Axiata Business Services to purchase the remaining capacity on IPSTAR over Indonesia to deliver Axiata’s operating company, PT XL Axiata Tbk  (“XL”), over 1 Gbps High Throughput Satellite (HTS) capacity for the provision of broadband services in Indonesia.

According to the terms of the agreement, Axiata Business Services will use capacity of up to seven KU-band shaped and spot beams on the IPSTAR-1 broadband satellite located at 119.5° east for the provision of broadband services in Indonesia, including broadband access direct to residential and enterprise premises, and cellular network backhaul.

“We are leveraging on Thaicom’s capabilities in Asia to grow our enterprise business quickly and flexibly while providing reliable broadband services to all potential customers regardless of location,” said Asri Hassan Sabri, Group Chief Business Operations Officer of Axiata.

“Where terrestrial-based connectivity is limited or unavailable, HTS connectivity serves as an enabler to unlock the digital ecosystem for new market opportunities. As the world’s first ever HTS, launched in 2005, Thaicom’s IPSTAR helps us to connect users in remote and underserved areas of Indonesia cost-effectively. We are confident that the partnership will enable us to continue to grow our business faster without infrastructure limitations.”

"As the biggest archipelago in the world, there are many areas and islands in Indonesia that have not been served by internet services as yet,“ said Dian Siswarini, Chief Executive Officer of XL. “We believe the availability of HTS will help us to cover these unserved areas with considerable economic potential. On top of that, it will enable us to support the local community’s economic growth and Indonesian government’s vision to accelerate the national development of digital economy across Indonesia."

“This HTS partnership is highly strategic for Axiata and the beginning of what we believe can become a core future broadband delivery platform for our operating companies to deliver broadband connectivity, media & entertainment, IoT and other digital services to enterprise and consumer home segment,“  said Dominic P Arena, Group Chief Strategy Officer of  Axiata. “More importantly, this partnership allows us to provide the best connectivity option and reach to underserved communities, in line with Axiata’s broader goal of advancing Asia by piecing together the best in innovation, connectivity and talent. ”

The IPSTAR-1 satellite was launched in 2005 and was the first HTS ever launched into orbit. IPSTAR cellular backhaul and direct to premise broadband connectivity provides telecom operators with the ability to expand their networks, launch new broadband services and reach underserved areas quickly and cost-effectively.