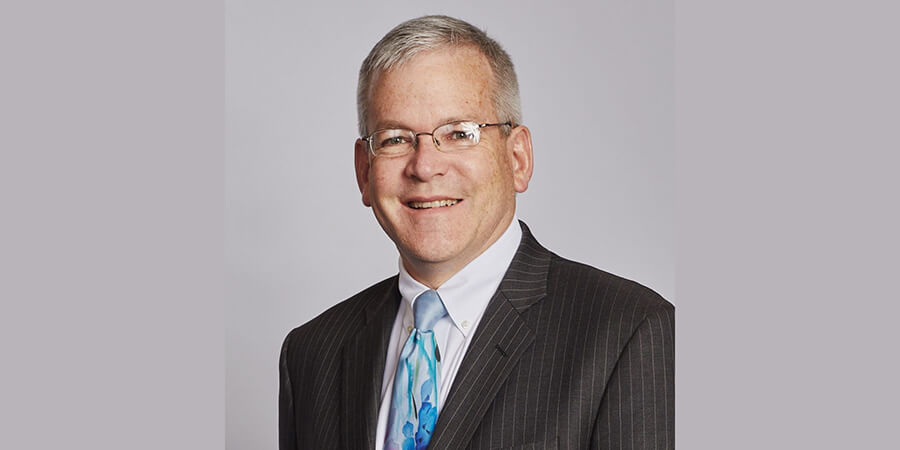 On one hand, the satellite communications industry is pressured to deliver universal connectivity. On the other, the industry has a part to play in mitigating potential damage of uncontrolled growth in space. Telecom Review Asia Pacific interviews Peter Hadinger, Chief Technology Officer, Inmarsat during Asia Tech Singapore 2022 to learn about the pressing need for governance in space, as well as the future outlook of the GEO satellite operator.

Why is it important to ensure sustainability at the forefront of satellite network design and deployment?

When you start off small, you don’t always pay attention to the environment that you’re working in. This has been true for humanity over the millennia, when people didn’t have to worry as long as the environment is big and their impact is small. This leads to the ‘tragedy of the commons’ when everybody assumes that somebody else will take care of the problem.

This is why for a long time, satellites have been a rare thing. You didn’t have many of them and as space is big, there were no problems and not many rules. Similar to when aviation just started, there was no air traffic control. But when air traffic became more congested, mechanisms were needed to ensure that everyone was following the same rules. This is also true for maritime.

However, space has been an open territory without a lot of rules, even though there are bodies like the International Telecommunication Union to coordinate on spectrum. Some large countries—the United States in particular—have had some rules about orbital debris for a number of years. But it’s not about satellites running into each other ­– it’s more about ensuring that satellites do not leave a lot of debris behind.

But now, in an era of mega-constellations, we feel that it’s incumbent on space operators to do what all other industries have done over time, which is to establish rules to ensure that space is collectively taken care of.

For geostationary satellite operators, this has been going on for a long time. There’s one very narrow space which is the geostationary arc, and in that arc, there are essentially informal rules that govern how operators move around and coordinate positions with one another.

But once you enter the lower orbit, where there are more players and a far greater number of assets that are going every which way. Becoming disconnected from each other, it’s important to ensure that we have rules in place to address conflicts when they occur — when satellites are decommissioned or if we lose control of them, or to ensure that we can avoid one another in space.

Today, we have to launch through the LEO belt to get to GEO. Our early operations of getting into the GEO orbit involve looping, in and out of the LEO space. We, as GEO operators, are very concerned about what happens in LEO because we cannot afford to have an accident that spreads debris, which has occurred in the past.

Can you tell us about Inmarsat’s commitment to ensuring continued growth and innovation in space?

Inmarsat has always been on the leading edge as we are the first to introduce activities in a variety of frequency bands, as well as the first to debut new technologies for combining space-and-ground networks like what we do with the European Aviation Network.

We integrate these capabilities into new, innovative systems. For example, Iris is a system we’re deploying in Europe to support air traffic navigation, with manned and unmanned platforms working side-by-side. The same problem that we’re talking about in space is being addressed in Europe’s aviation environment because they have too many planes and are getting into things like drones which have to operate in that same space.

They need to have a common communications infrastructure to share information on where they are and to reach where they’re going safely.

Moving into an era where we are addressing the hotspots of the world, there’s a combination of both satellite and terrestrial technologies, comprising mixed frequency bands and different kinds of satellites (GEO and LEO). However, end users do not need to understand these complexities – all that matters is that they are connected.

But for us, we must ensure that they receive the best possible service everywhere, independent of all the magic that goes on behind the scenes. This is our motivation for investing hundreds of millions of US dollars a year to stay at the forefront of mobility and safety. Since Inmarsat’s inception, we have been offering transport mechanisms for global safety critical industries, starting from maritime and now aviation. We’re also the largest supplier of communications services to governments worldwide. With more than 40 years of global satellite communications leadership, we recognize the ability to not only facilitate air traffic and maritime navigation, but also space traffic navigation.

Recently, the trials for the terrestrial element of Inmarsat ORCHESTRA have just ended in Singapore. Can you tell us why was Singapore picked as the destination?

There are three reasons why. Firstly, you can’t find a denser maritime environment than in Singapore – undeniably the world’s most dense shipping route and a place that challenges capacity.

Secondly, Singapore has a very challenging radio environment impacted by the weather, where its humid and rainy climate adversely affects radio links. With our proofs-of-concept, we couldn’t find a more challenging venue than Singapore. We knew that if it was going to work in Singapore, it would work anywhere else.

Thirdly, we receive tremendous support in Singapore. As these tests were conducted during the height of the pandemic, it was great that we have a local office in Singapore, with engineers and staff that supported us in placing our equipment in ships to run the trials. We also have had the support of the Maritime Port Authority (MPA) which saw the value in introducing new technologies in this dense environment.

How do the trial results support better connectivity solutions for Inmarsat in the future?

The fundamentals of ORCHESTRA are using different communication mechanisms to support a given user, which in this case is a ship. Because we have so many ships in a dense environment like Singapore, being able to take some of that traffic off from the satellite and connect it directly to shore frees up satellite capacity for other applications.

To deliver a huge amount of capacity domestically, we wanted to test a bunch of technologies to determine how they would work in this challenging environment. We used the results to refine our technical approaches that will then bring the market ultimately to the terrestrial element of ORCHESTRA, not just in Singapore but everywhere else, targeting dense hotspots such as ports, straits, canals, airports, with high traffic.

Fortunately, we are not time-pressed to achieve this as we already have the world’s best global network and a roadmap that goes well beyond 2030. In the near future, I foresee LEO playing a significant role. Our upcoming LEO capabilities would build on the foundation we’ve established, which is essentially core to ORCHESTRA to uniquely integrate LEO and terrestrial networks at hotspots to support sustainable satellite communications.