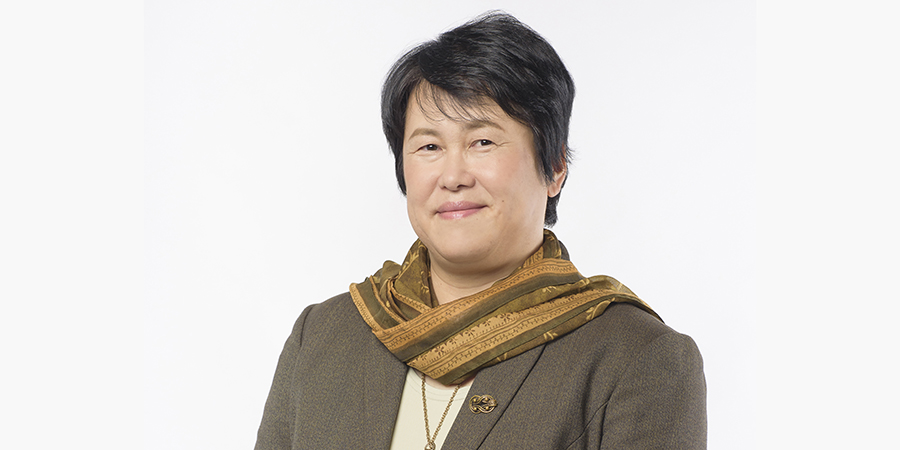 The International Telecommunication Union’s (ITU) latest data suggests that ​roughly 2.7 billion people – or one-third of the world's population – still don’t have access to the internet in 2022.

And while an estimated 5.3 billion people worldwide are now online, the trend indicates that without increased infrastructure investment and other new initiatives to support digital skills and digital services, the chance of connecting everyone by 2030 may still not be possible.

ITU’s Regional Director for Asia and the Pacific, Atsuko Okuda, spoke to Telecom Review about what they see as the continuing challenges and solutions that they are implementing to address the digital divide in the region.

Okuda said that this slow growth in the number of people who have online access is worrying. “I believe this is something we should pay more attention to. And what’s more worrying is that the majority of 2.7 billion people live in developing countries. There’s still a huge number of people unconnected and underconnected.

While massive investment from different public and private sectors has been put in to support the drive for digitalization, Okuda said that ITU should continue to work on policy and regulation apart from its role of promoting collaboration, inclusion, transparency, fairness and competition.

The generational gap, Okuda said, is also among the factors adding to the wide digital divide in the region. She stressed that younger generations are mostly connected – about 80% of the youth have online access – while for the rest of the population, the number goes down to half, or even to one-third.

Another aspect that’s affecting the digital divide is gender. Okuda said that there’s a disproportionate number of male users compared to female users, and there are also sub-regional disparities.

Okuda shares another observation that they at ITU saw when it comes to the shift from basic to meaningful connectivity. She explains, “When we talk about digital divide, we also need to understand those characteristics of the unconnected groups because each group has different challenges. In terms of geography, it’s definitely very hard when the cable is not there. But even when the cable is there and the family is connected, we found out that one mobile phone for the entire family is not actually sufficient for five children to learn online concurrently under lockdowns. Even there are many families who had some sort of devices, they couldn’t access to really learn in a meaningful way. Not to mention that the device itself was an issue; in many families, the smartphones were not affordable.”

Okuda added that there is emerging evidence which shows that the lack of meaningful access to the internet affects e-learning opportunities, which in turn will affect the educational outcomes. “Gradually, we will see that the digital divide is actually cascading to other social-economic inequalities; If that’s really evidenced, the stratified educational outcomes will consequently impact the job opportunities down the road. This means the current unconnected generation of people will face the consequences down the road.”

Okuda said that to address this particular challenge, they started collaborating with other  UN agencies, such as UNICEF, to encourage manufacturers of mobile devices to support the e-learning of underprivileged children.

And with their goal of not leaving anyone behind, ITU has so far worked to promote the productive and safe use of mobile phones among the elderly in Thailand, among others. Okuda explained, “Through mobile phones and applications, we would like to make sure that older people have access to health, medical services, as well as public information and conduct financial transactions safely and securely; With the ability to purchase goods and services, the technology can really meet the demands of different groups, including the older people.”

Meanwhile, ITU has also come up with a program for girls and young women to encourage them to pursue a career in STEM, particularly in the field of information technology. ITU further partners with different public and private organizations to train these young women on online safety, digital agriculture, e-commerce and other related courses.

Moreover, ITU has also built the Smart Villages and Smart Islands concept to help expand the digitalization efforts to many unserved and underserved communities in Asia-Pacific.

Smart Islands is an initiative that takes an innovative approach to provide connectivity and scalable and sustainable services to disadvantaged island communities. Its objective is to improve the livelihood of the people from these communities by connecting them to a range of digitally enabled services and digital literacy programmes.

“Many development challenges – such as the  migration of people caused by the size of economy, tightening job opportunities and climate impact – may be the reason why the Smart Village Smart Island concept owned by the Pacific member countries is so important because they believe that this is the future, perhaps the only viable future, for them to address efficiently and effectively [the] development challenges through creating jobs and being innovative,” Okuda said.

Aside from this, Okuda explained that, while the investments by development banks and partners have been made in fiber optics and submarine cables, many of the community resources have been often left unused. And this has prompted the establishment of the Smart Island project to help mobilize the community resources and spur the economic activities of the people from these island communities.

“We started discussing the best way to stimulate  social, economic, and environmental activities on the ground and connect people in a really meaningful way. That’s where this Smart Village Smart Island came about, because it provides not only the connectivity but also capacity development, digital services and community engagement. And they can take advantage of all of it.”

Currently, ITU has deployed approximately 100 ground terminals in nearly 10 Pacific countries, which ended in 2020. Okuda said that after a post-project assessment, they realized that even after the project ended, people were still using this infrastructure innovatively.

She added that the Smart Village Smart Island initiaitve allows people to take advantage of the available resources, and it also connects them to conduct different public service transactions.

In order to implement the Smart Village Smart Island initiaitive in the Pacific, ITU has also helped mobilize US$8 million from the UN Sustainable Development Goals Fund in collaboration with other UN agencies.